10 February 2021 (UN News)* — The challenge of tackling climate change is one that the UN needs to talk about “honestly, without scaremongering” and by focusing on scientific fact, according to Inger Andersen, the Executive Director of the UN Environment Programme (UNEP).

© UNICEF/Maria Louise De La Gua | Some 700,000 people have been affected by floods in South Sudan, including in Pibor.

The UN agency which Ms Andersen describes as the “environmental conscience of the United Nations”, is at the centre of the global debate about sustainability, the environment and climate change.

The UNEP chief was interviewed by the Under-Secretary-General for Global Communications at the UN, Melissa Fleming, as part of the podcast series Awake at Night.

Inger Andersen: We really are the environmental conscience of the United Nations, across all the 50-odd agencies which make up the UN. We try to support all our sister agencies with environmental understanding.

In a broader sense, our job is to tell the world honestly, without scaremongering, what science tells us and then to support countries with capacity building, with enablement, with technical assistance, with science, with data, and with on-the-ground action.

Our client countries are in the north and the south as well as the east and west, because the environment, climate change and science, are not only developing country issues, they are global issues.

Melissa Fleming: You emphasize the word science. You are very passionate when you say that word. 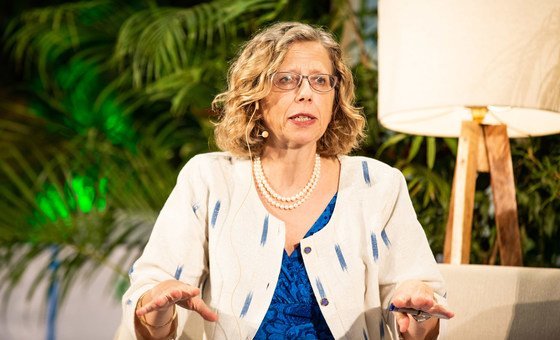 Inger Andersen: If we deny facts, if we say that up is down and down is up, that left is right and right is left, we are obviously going to get lost. It’s as simple as that, because science gives a direction. Science tells us what the facts are. And it’s always based on evidence and data.

Our job is not to speak in complicated scientific terms that people can’t understand, because science has to make its way to the dinner table, to the voting booth, to the school playground, into the boardrooms. Science needs to be understood by all people not just those sitting in an ivory tower. And that’s what we try to do at UNEP. It’s very complicated because the world is complicated, and science can be complex too.

Melissa Fleming: It must be quite frustrating for you, particularly in the area of climate change, when you hear people, and even policymakers, denying that it even exists?

Inger Andersen: I have come to a point where you have to let that be, because it is actually not about science. It is about interests; oil interest, economic interest. It has nothing to do with science. And so, it’s about money and short-termism in one way or another. It could be that there’s a strong lobby of a particular hydrocarbon sector, be it coal, be it oil, be it whatever, that has the ear of politicians.

It’s frustrating, but what gives me hope is that young people recognize the challenge. You can’t pull wool over their eyes. They know that climate change is something that will impact their lives much more than the likes of me. It will happen in their lifetime.

Melissa Fleming: Some people say that COVID-19 is far less of a challenge, than problems connected to climate change will be. 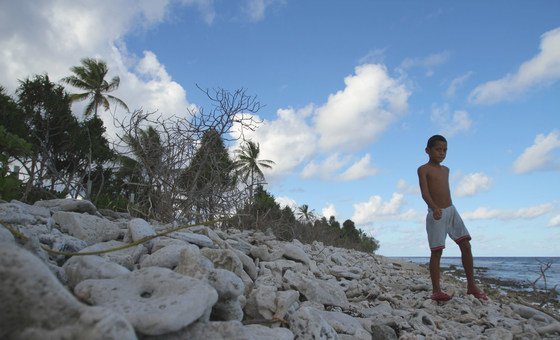 Inger Andersen: COVID-19 has been dramatic and tragic. So many lives have been lost, so many families have been impacted, there has been so much economic hardship around the world, and we’re not out of the woods yet. But, it’s a fact that COVID is less of a problem than climate change. It’s a small overture to what will happen if we do not take action on climate.

Climate change will change the very foundation of our existence as we know it. Currently our Earth system is largely predictable. We expect the weather to behave in a certain way, a coastline to follow a particular course and one harvest to follow another.

However, once we begin to interfere with this system everything comes into question; obviously, while nature will be fine, while the planet will be fine, human beings will not be fine. Planet Earth will survive, but we will not. There will be areas that will be either too hot to sustain life or inundated or otherwise inhabitable.

So now really is the time to take bold action. We’re seeing people voting with their feet, marching in the street, speaking out and casting votes in elections. And it’s not a left or right issue. We’ve seen more conservative-leaning governments being great champions of climate causes. But it is a question of safely securing our future.

Melissa Fleming: Are you concerned that the focus on this horrific pandemic that has really stopped everything, the intense focus on overcoming it, is going to set back any progress on climate action? 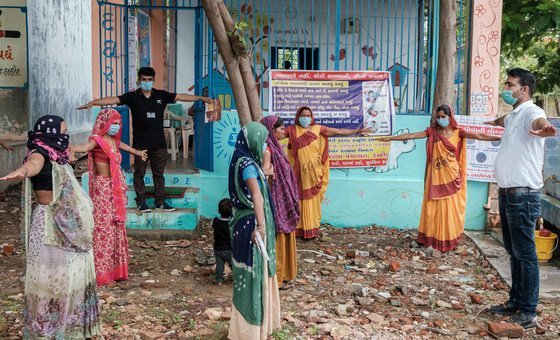 Inger Andersen: Not at all. I think the pandemic has been tragic on so many different levels. But people understand the importance of science. People are masking up, they’re washing their hands, they’re socially distancing. Moreover, I think the fact that, all of a sudden, people saw what a real shock this pandemic has been to our planet has caused a degree of realization that climate change can be so much more serious. And what we have then seen is that more countries are making increasingly ambitious commitments to slow down climate change.

INTERVIEW: ‘We are in a very fortunate situation since the Paris Agreement was adopted’ – UNFCCC Executive Secretary

A dangerously hot climate, simmering political tensions: ‘This is not the summer of our youth,’ UN chief warns

Hopes and fears of mother-to-be in Afghanistan