From the fanatical doomsday prepper to people who are just trying to be more self-sufficient and everyone in between, each type of prepper has its strengths and weaknesses. Increasingly often though I keep hearing from self-described “Sensible preppers.” On the surface, the phrase is understandable, but I am starting to think that those who describe themselves as a sensible prepper could be leaving themselves open to problems at best. At worst, it could be minimizing the importance of prepping overall.

When I refer to “sensible preppers” I specifically mean, self-identified preppers who view anything more than very cursory preparations as symptoms of lunacy and panic. I’ll give you an example. I was reading a social media thread a few days ago and a topic was brought up by a Sensible Prepper who quickly pointed out that they just have some food and water stored up for local power outages – I believe they even said protestors in their town asked people to honk.

The impression that this sensible prepper was trying to give is that where they live is not dangerous at all and they are not prone to any natural disasters so prepping in great depth is foolish from their viewpoint anyway. Why prep if you are extremely unlikely to ever need anything you are stocking up for?

What is wrong with sensible preppers?

Prepping has come a very long way since I started prepping and what motivates each person to become more prepared can be influenced by a myriad of factors. Regardless of your motivation to become prepared, the act of gathering supplies and learning skills to be ready to survive a wide range of threats is a good thing.  Actually, I think we are on the brink of a new phase of our lives that will make prepping much more important and crucial.

You and I may have two completely different scenarios we think are likely and have made our own provisions to deal with what we each individually think is probable. Our methods could be different, and our prepping priorities would be as well. Maybe I am planning for a societal collapse while you are planning for hurricanes. What we do and how we prepare necessarily diverges at some point although there is a lot we have in common. Our shared end goal is to be able to survive some catastrophic event.

The sensible prepper in this scenario does not believe that anything bad will happen, or that the risk is so low, it is foolish to worry and plan about anything beyond their realm of possibility. I wonder why this type of person feels affiliated to preppers in the first place. If it were only this “sensible” person that was affected, I would not worry about it, but when the dialog begins to shift in the prepping community, it caught my attention.

Sensible preppers may even say words to the effect of ”that’s fine if you want to prepare for doomsday” but it is a subtle dig anyway. It is the virtue signaling of the prepping world where some “preppers” appear to be saying that it’s crazy to prep for anything more than what they personally deem rational and that somehow in comparison, the sensible ones are wiser than the people who are more extreme in their preps.

Sensible can be used in diverse ways

Many of you who have been reading the Prepper Journal since we started back in 2013 have heard me make the argument that prepping is common sense. Prepping is sensible when you think about it. For me, preparing for unexpected events is logical, rational, and wise. 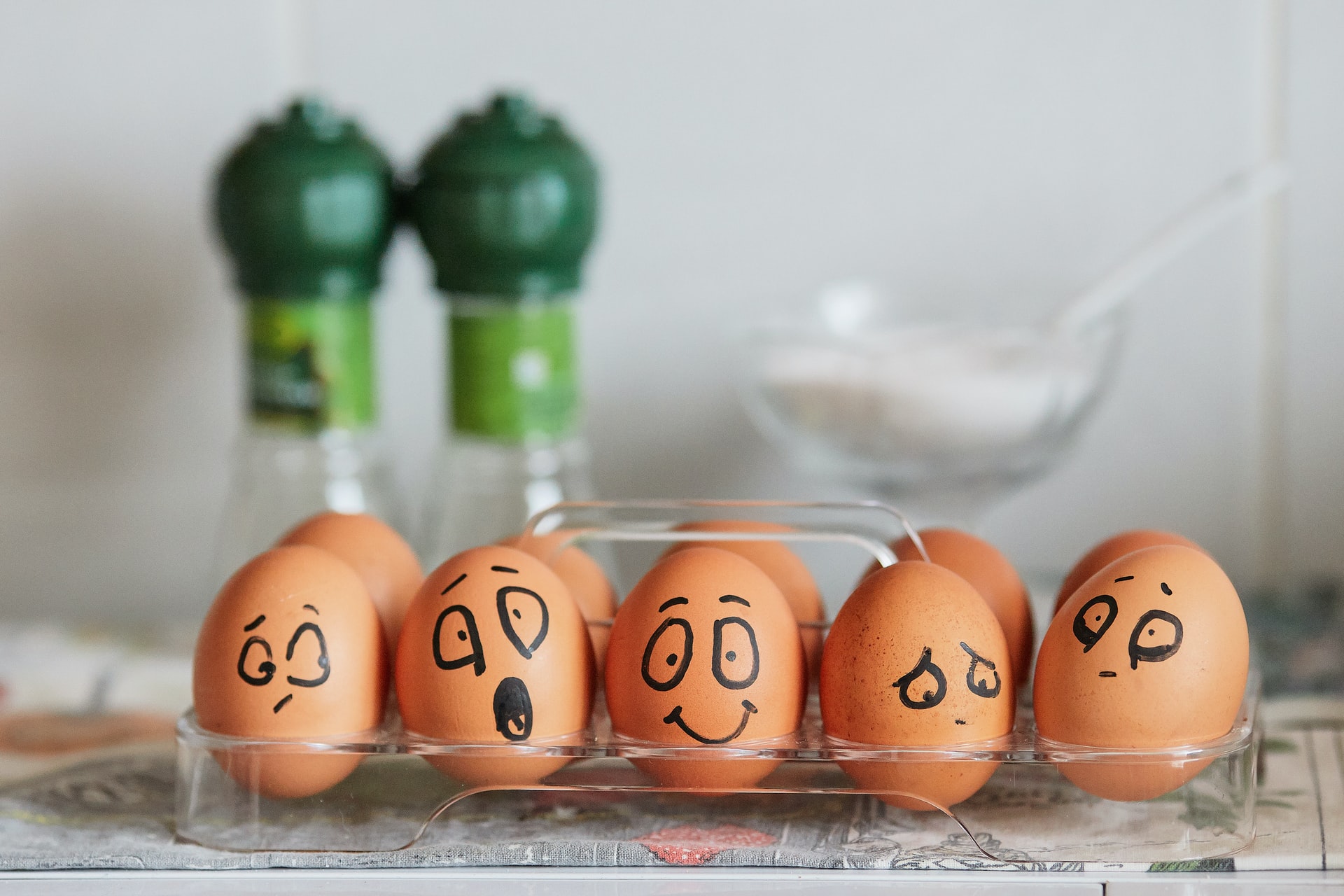 I was recently interviewed on Bunker Basics and was asked for my thoughts on the state of prepping. Part of my response was related to how much I view the topic and practice of prepping as sensible, much more so considering the events of this past year.

In that interview, which you can read here, I said COVID has practically given preppers a Good Housekeeping Seal of approval. So much of what we had been preaching was suddenly realized in just a few weeks. A global pandemic, food, and supply shortages, forced shelter in place orders, travel restrictions, ammo and firearms shortages, job losses, economic problems, and on and on. I think the world just finally caught up to what we have been saying all along. With the riots and protests this [past]year, it is not a stretch of one’s imagination to see worldwide chaos potentially, so people are getting prepared.”

So, prepping should absolutely be considered a sensible act where people fully grasp the inherent value as something that could save them from bad circumstances. The term sensible prepper I am referring to is being used to downplay the importance of prepping though in some circles – maybe it’s just where I have been looking and the people who hang out in those circles, but it is important to me at least, to make this distinction.

It is not what you prepare for, but how prepared you are that is sensible

Prepping on its own is sensible. The number of things you prep for or your personal reasoning for why you are prepping is a highly individual choice. Any labels on my view of what preps are sensible and those which are too much are subjective and do not add anything to the conversation but some form of superiority complex.

When any one person tries to say that what they are doing is sensible, but you, doing the same thing for a different reason is extreme, that is when problems start. Look at the recent censorship of people on social media. You can find any number of examples of language or threats on the other side of anyone censored that seem to be simply fine to the other side.

When it becomes “what I do is good, what you do is bad”. That is not the type of game we should be playing in the world of prepping. Everyone is coming to this with different realities, resources, and circumstances. We should applaud anyone willing to get more prepared. If someone wants to build a bunker, have at it, and more power to you! Just because I cannot or might not consider that a wise choice, I am not going to say what I do is more sensible than what you are doing.

Let’s start lifting more people up instead of tearing down those on our team.

Loading...
"Not by might, nor by power, but by my spirit, saith the Lord of hosts." Zechariah 4:6
BEFORE IT'S NEWS ON TELEGRAM
GET THE TELEGRAM APP - https://telegram.org/ JOIN OUR CHANNEL - https://t.me/BeforeitsNews
Read it..
BEFORE IT'S NEWS
SIGN UP FOR OUR NEWSLETTER
Today's Top Stories
New ShariRaye: 8 Cities Gonna Fall? Comey & Podesta Executed? McDonalds = Carcasses?
Boom! Are We Seeing White Hat Operations Everywhere? - Truth & Art TV Must Video
X22Report: Deep State Panicking! Ready To Use Ammunition! Something Big Is Coming! Red 2!! - Must Video
As the bodies pile up, anger will grow
Testimony From A Real Clone
Situation Update, June 15th, 2021 - Exotic Weapons Technology? Supermagnetic Nanoparticle "Transfection" Vaccines! - Mike Adams Must Video(s)
New Monkey Werx: I Caught Angels on Camera After I Did This
Anonymous: You Need To Hear This "They Are Coming And Everyone Will See Them"
New Cirsten W: Blackout Next Week? Christopher Sign Murdered, Audits
New Monkey Werx: GITMO Blues & Rainy Day Hues & Puppy Dog Eyes - Overwatch SITREP 6 15 21
Loading...
Featured
How Do You Lower Your Blood Pressure
Alert! Inflation & Shortages at Critical Levels
Course Correction Radio: The Mark of the Beast W/ Guest Dan Bidondi
Many U.S. Cities Are Already Starting To Resemble Post-Apocalyptic Cesspools As America’s Collapse Accelerates
Shaking My Head Productions – QAnon | The Voice Of The Fallen Exposed
MIAC Triple FEATURE 6/15/2021
Trump update 6/15/2021..I have accepted the invitation of Texas Governor Greg Abbott to join him on an official visit to our Nation’s decimated Southern Border on Wednesday, June 30, 2021.
Man Faints And Crashes His Truck Into the Back of a Boat After Getting the COVID19 Vaccine
Forget About Fake News: Clear Examples of Fake Science Proves Crimes Have Been Committed Against You and Your Family.
Covid Vaccines are Toxic - Finnish MP
Top Global
How Do You Lower Your Blood Pressure
Harry Vox - Reports/Why isn't the FBI investigating and questioning gates'
Vendetta is V @V_4_Vendatta – 💥 50 MILLION AMERICANS MAY DIE THIS FALL 💥 + BBC1 – The Bill Gates Song
Let’s Be Very Clear: The Covid-19 Bioweapon Was Released Throughout 2019 In Targeted Major Metro Areas Such as Milan, Wuhan, Tehran & NYC
Ebola Response Staff Hiring United States - NIH NIAID CDC Hiring Staff Respond Ebola Patients In United States
Pakistan Shuts Off Phone Service To Non-Vaccinated Citizens
Covid Vaccines are Toxic - Finnish MP
Eric Clapton interview: “A world where you are not allowed the story of your own experience”
Woke
New Project Veritas! Fox 26 Reporter Ivory Hecker Releases Tape of Bosses; Sounds Alarm on 'Corruption' & 'Censorship'
Loading...
Top Alternative
Harry Vox - Reports/Why isn't the FBI investigating and questioning gates'
Situation Update: Happy Birthday Mr. President Edition! President Trump 2021! - Must Video
State acts to protect public from poisonous mushrooms; certification required in 2022
The Church Takes A Stand: New Declaration States No Authority To Implement Medical Mandates
Shadow World ~ Inside The Global Arms Trade! Must See Documentary Video! Lots Of Booms In This One!
Vendetta is V @V_4_Vendatta – 💥 50 MILLION AMERICANS MAY DIE THIS FALL 💥 + BBC1 – The Bill Gates Song
Bill Gates’ Covid-19 Vaccine Are The "Final Solution"! Proof Of The Planned Genocide Of The White Race! Must See Videos !!
MIAC Triple FEATURE 6/15/2021
Republican Joe Sanfelippo's solution to Milwaukee's Gun violence...bring in the WI National Guard! Forget Regulation. Hello Police State Next!
It's a Big Club And You Ain't In It! Coronavirus Hoax – Mafia Banksters Crash Global Economy - Get Ready For The Contrived Noahide Laws That Are Not Biblical But From The Christian Loathing Babylonian Talmud! Guard Your Children! Must See Videos!