Ever since the “Great Recession” of 2008/2009, financial gurus of all stripes have been predicting another great depression, perhaps one even greater than the one of 1929 to 1933. Actually, what they’ve talked about is the country “driving off the financial cliff” and they’ve mostly attributed it to Congress’ irresponsibility in driving up the national debt.

The thing that differs in these financial prognostications is the trigger that’s going to cause us to go off the financial cliff. That’s an ever-moving target, as it changes every time that another trigger passes us by, without bringing about the expected disaster.

But the underlying problem which is likely to cause the financial collapse, bringing us into the depression is still there. Essentially, our economy is on very shaky ground and it is ground that has never been trod on before.

Part of what has propped up our economy to this point, is that the US dollar is the world’s reserve currency. Pretty much all international business transactions are conducted in dollars. That simple fact forces every country and every international corporation around the globe to buy dollars.

Add to that the amount of money the Federal Reserve is releasing as “quantitative easing” essentially money created out of thin air.

While there is some need for increasing the money pool in response to population increase and a growing economy, this is mostly done to fund government commitments that are not funded by tax revenue.

It is this, not businesses charging more for their products, which drives inflation. Businesses increase their prices because the materials they need to buy cost more; in other words, they are reacting to inflation, which in turn perpetuates the cycle.

The reality of what is happening is that every time the Federal Reserve creates more money, is that they are diluting the value of every dollar in existence. 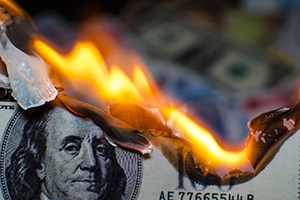 Essentially each dollar is a percentage of the total value of our country’s economy.

Since they are constantly creating dollars faster than the growth of the economy, they are reducing the value of the dollar. It’s just happening at such a slow rate, that we can’t see it.

Surprisingly, the quantitative easing that the Fed has been doing hasn’t caused massive inflation, as it normally would. About the only place we see that massive inflation is on Wall Street, which economists look at as being good.

But that doesn’t mean that everything is okay. At some point in time, and quite possibly sooner than anyone expects, the house of cards is going to come crashing down.

Some economists are now trying to say that our national dept is actually “too low” and that our economy can support a whole lot more. What they’re really saying is that they think the world will support holding onto a lot more US debt, allowing out government to borrow even more.

Perhaps the scariest single event pointing to how far out on a limb our government is, was the Coronavirus relief act. 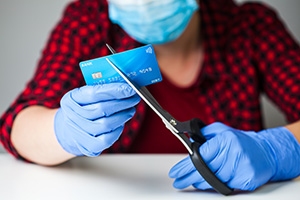 In a single stroke, Congress authorized an additional 2.2 trillion dollars of funny money to be produced and parceled out to various entities, including you and I, to try and keep the COVID-19 pandemic from turning into a major financial disaster.

What nobody seems to have figured out yet, is that now that they’ve done that once, there’s nothing to stop them from doing it again. The real question is, how many times will they get away with that, before it becomes the trigger to bring down not just the US economy, but the economy of the world.

Typically, when countries have a financial collapse, the rest of the world’s economy remains intact. That props them up and allows them to rebuild. But as the world’s biggest economy, when the US has a hiccup in our finances, it affects the world.

The Great Depression hurt not only the US economy, but the entire world’s economy. Likewise, the housing bubble bursting in 2008/2009 did so too.

When we enter into this next depression, there won’t be anyone to bail us out; they’ll all be trying to bail themselves out, thanks to us.

What Should We Do?

With the certainty that another great depression is coming, even though we don’t know when it will happen, we need to get ready. While not everyone loses their jobs and has their lives destroyed by a depression, everyone is affected by it. 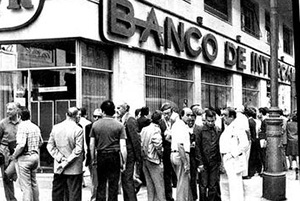 The Argentinean collapse of 1999, which is used as a model of what we could expect in our own economic collapse, saw over 2000% inflation, with the peak months showing 200% inflation in one month alone!

During that same collapse, wages increased by less than 250%.

So those who made out the best still found their money not going anywhere near as far and their purchasing power greatly reduced.

The two categories of people who were hit the worst by that collapse were those who worked in industries which provided luxuries and those who were heavily in debt.

Luxury goods stopped selling altogether, not even to the wealthy. So factories and stores which sold those goods shut down. At the same time, those who were heavily in debt couldn’t make their payments and lost everything, including their homes.

Therefore, we don’t want to be part of either of those groups. On the other hand, people who lived out in the country, where they could live off the land, did well, with few of them losing their homes or going hungry.

Get A Secure Job

If you work in an industry where that’s highly affected by the economy, especially one which is selling luxury goods, then it’s time to get out. Find something more secure, such as working in the food industry or making repairs. 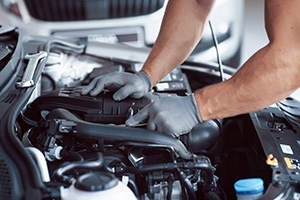 When the economy goes south people put off buying new products; they keep the old, spending money on repairing them. So some of the most secure jobs around are providing repair services, whether repairing computers, appliances or cars.

Many of the typically secure jobs will remain secure as well, such as jobs in the medical field and working for the government; although some teachers did lose their jobs in the 2008/2009 hiccup our economy experienced.

Get Out Of Debt

Do whatever you can, to eliminate the debt in your life. 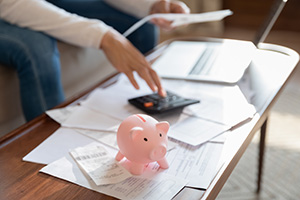 While there may be some dept you can’t get rid of, like your home mortgage, make sure that your mortgage isn’t any higher than it need to be.

If you can, downsize; selling your home and moving into a smaller one, lowering your mortgage payment. If not, then look at refinancing, to see if it will save you money.

More than anything, you want to get rid of other types of debt, as they will make it harder for you to make your house payment.

If the only debt you have is your mortgage, there’s a better chance that you’ll be able to pay it. But if you’re making payments on two cars, credit card debt and the living room furniture, you’re going to be in trouble.

Move, If You Can 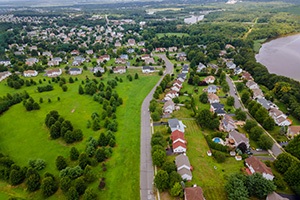 The safest place to be in the midst of a financial crisis is a farm. If you can’t buy a small farm or homestead, then living in a small rural community is a good second choice.

Not only is it cheaper to live in those places, but they tend to have lower crime rates.

Crime always spikes during a time of financial crisis, as people who would otherwise obey the law become desperate and turn to crime as a means of getting what they need.

While there were massive food shortages in the cities, during the Argentinean collapse, there was abundant food on the farms. The problem wasn’t production; it was the cost of transport and selling. Inflation was so bad, that stores couldn’t afford to buy the food.

Moving to the country also makes it easier to do the next thing that we all need to do, become self-sufficient. 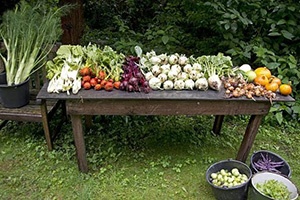 The cheapest way to feed your family is to grow the food yourself. While you may not have as much variety and you may miss a lot of your favorites, at least you’ll have food to eat.

With the high potential for food shortages, as I mentioned above, that’s an important part of your family’s survival.

Historically, the people living on farms and homesteads were the least affected by any vagrancies of the economy. While they may not have had a lot of riches, those people always had enough to eat. There’s a lot to be said for that.

Be Ready To Defend Yourself

Finally, be ready to defend home and family. As I mentioned earlier, crime rates tend to increase during times of financial hardship. There was a lot of this which happened during the Argentinean collapse, as people fought to survive. 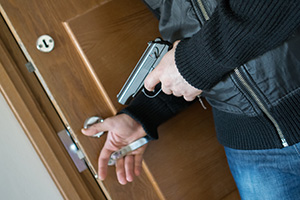 People learned quickly not to open the doors of their homes, unless it was to someone that they knew.

Even then, they would check the area around their homes, looking for anyone who didn’t belong there, before opening the door.

There was always a chance of someone rushing the door while it was open.

Likewise, they learned not to stop at a red light, unless it was necessary to avoid an accident. Stopped cars became targets, with criminals breaking open windows to grab what they could or to try and hijack the car.

Kidnappings became a cottage industry in this time, with the children of wealthy people becoming prime targets. But they weren’t the only ones. To those who were desperate, anyone with a home was wealthy. Kids couldn’t play outdoors, without an armed adult standing by to watch over them and protect them.

Finally, we come back to the basis of all prepping, stockpiling. Food may very well become the best possible investment you can make, as the price of food will lead the inflation race.

Having a good stockpile, going into the depression, may just be what keeps your family eating, while everyone else is struggling to make ends meet.