This latest incident reveals that even billions of U.S. cash can’t plug every hole in the much-hyped Israeli air-defense network… 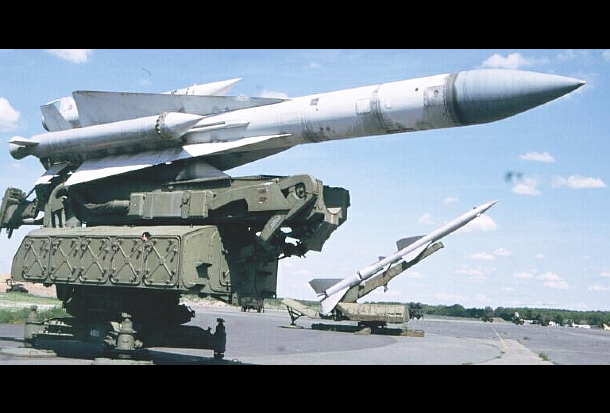 Israel has acknowledged that its state-of-the-art, multi-tiered air defense network had failed to intercept a Soviet air-defense missile launched by Syria.

I explained the change in rule of engagement between Syria & Israel a few days ago and it happened today. https://t.co/AyBYedpnV5

The missile, a 5V21-type of an S-200 air-defense system, was launched by the Syrian Arab Air Defense Forces at Israeli warplanes preparing to launch airstrikes on the outskirts of the Syrian capital, Damascus, early on April 22. The missile missed its target but went on to land some 250 km deep in Israel, 40 km away from the Dimona nuclear reactor.

During a press conference in Tel Aviv, Israeli Defense Minister Benny Gantz acknowledged that the military had failed to intercept the stray Syrian missile.

“The IDF worked to prevent a potential strike on critical assets in the State of Israel. A SA-5-model of surface-to-air missile was fired, passed through the area,” Gantz said. “There was an attempt to intercept it, which did not succeed. We are still investigating the event.”

Gantz did not explain how Israel’s complex and expensive air-defense network, which consists of dozens of Iron Dome, David Sling, Patriot and Arrow batteries, had failed to intercept a missile developed in the Soviet Union all the way back in the 60s.

Israel responded to the incident by targeting the Syrian S-200 battery which launched the missile. Several other targets were also struck.

Continue this story at SouthFront