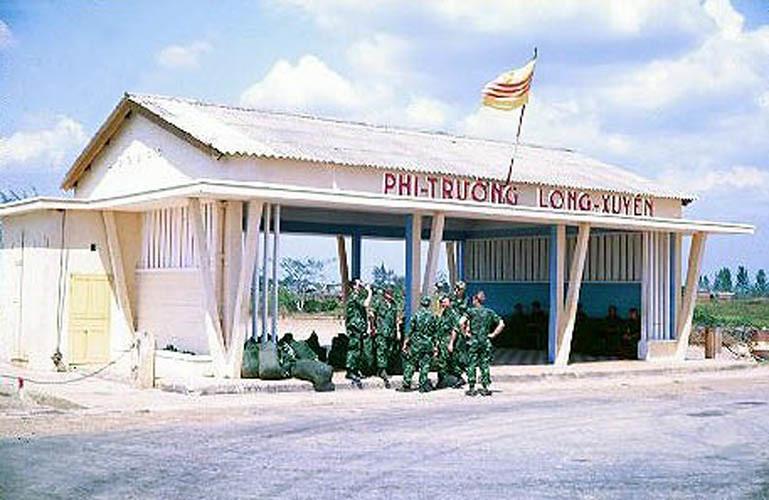 Founded on the banks of the Hau River, Long Xuyen began as a trading post and has prospered into one of the Mekong Delta’s major cities today.

The land that is now Long Xuyen was among the last unexplored regions of southwestern Vietnam, according to research by academic Phan Văn Kiến. In 1789, in order to protect the area from raids by Siam and Chenla forces, the then-Nguyen Lord established a small outpost called Dong Xuyen.

The post grew into a small township by the era of Tu Duc Emperor (mid-19th century) with the local Dong Xuyen Market turning into a bustling commercial hub. When the French seized control of southern Vietnam, the market was renamed Long Xuyen.

A reservoir next to the Hau River. It’s now part of Nguyen Du Park in Long Xuyen City.

In 1868, the French administration divided An Giang Province into five arrondissements (hạt tham biện in Vietnamese) — a French administrative unit similar to a district. One of them was named after the market, and the district later grew into the city we know today.

The black-and-white images in this collection were taken by an unnamed photographer commissioned by the French administration to document life in its then-territories.