Here’s a piece of important news: Travis Baker and Kourtney Kardashian are going out. Yup. It’s almost as if their names were picked out from a hat containing the names of Hollywood celebs available to form a new ” media couple”. Speaking of witch (not a typo), the couple’s recent Instagram posts are rather odd. For instance: 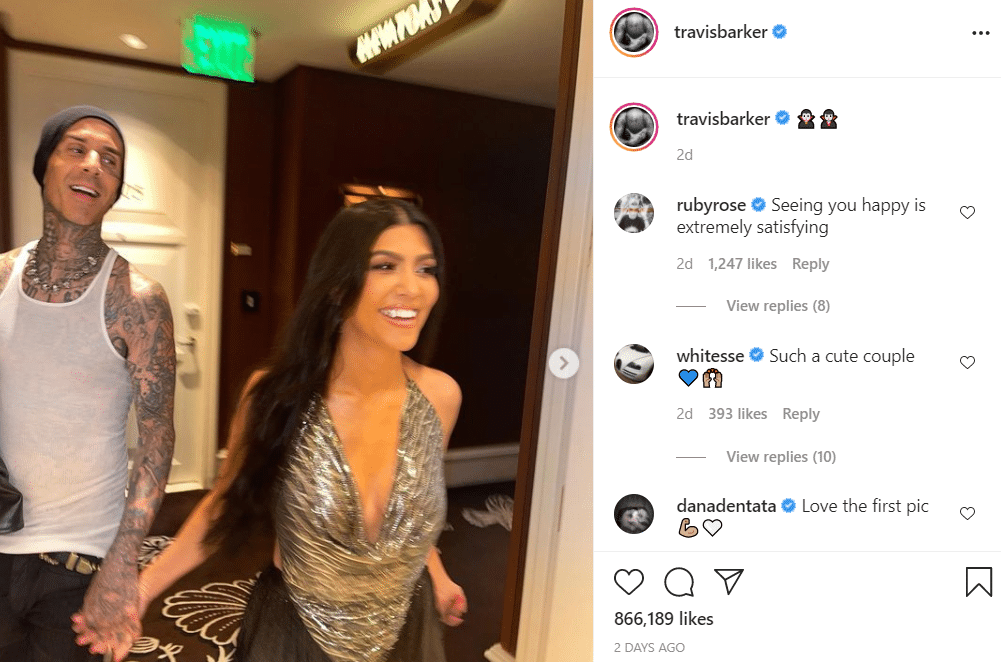 Travis Barker posted this pic on Instagram with the caption 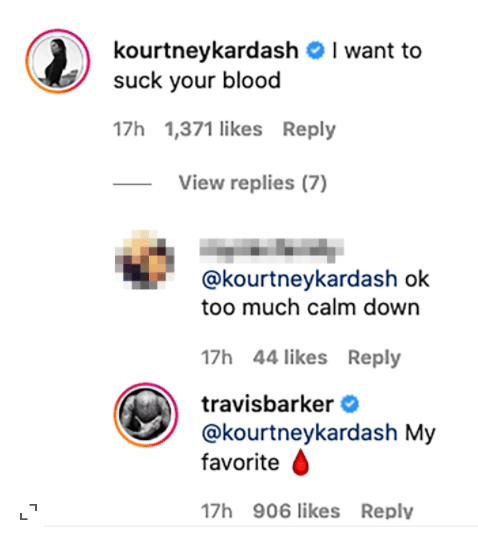 In the comments, Kourtney wrote: “I want to suck your blood”. Then Travis replied: “My favorite” with a drop of blood emoji. While this may simply be a weird joke, there appears to be an unhealthy obsession with drinking blood in Hollywood (see my article on Armie Hammer). 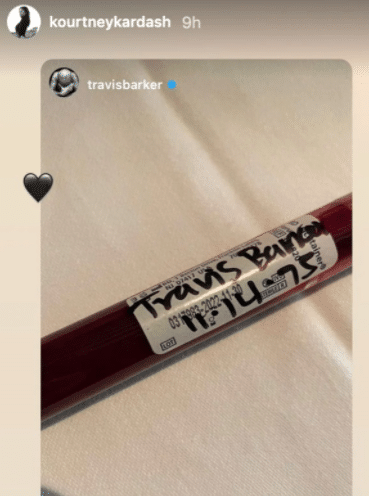 Another piece of important news: Halsey is pregnant. And everything around this pregnancy has been bizarrely symbolic.

Halsey posted on Instagram a preview of her upcoming movie If I Can’t Have Love, I Want Power which revolves around her pregnancy, combined with a whole lot of occult and ritualistic imagery. In this screenshot, she’s at the center of a ritual with markings on her head. Hwer belly at the center of it all.

For a split second, we see a closeup of her belly combined with her tattoo of a monarch butterfly. Is this a reference to Monarch programming? 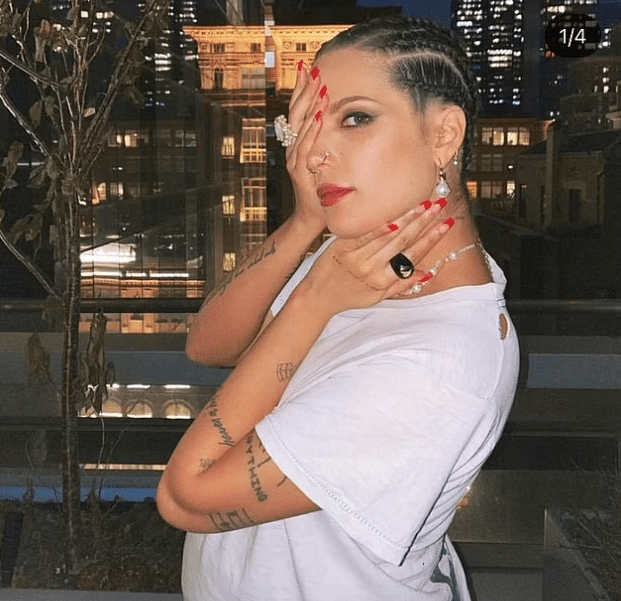 In another IG post, Halsey shows off her belly while doing a blatant one-eye sign. This baby is involved in all kinds of weird things and it’s not even born yet.

Speaking of the one-eye sign, it was – as usual – all over the place in the past month. And, as usual, that sign was often right on the cover of magazines. Because it is all about visibility … of celebs who lose half of their vision. 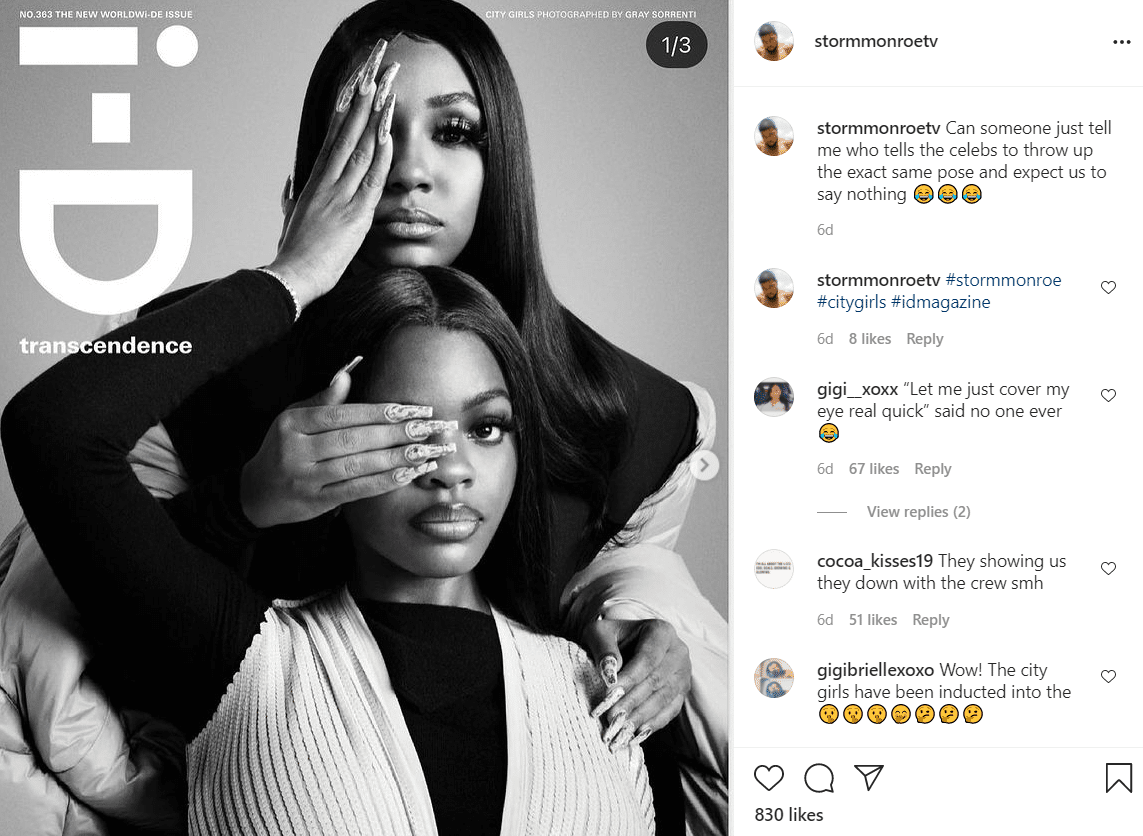 The rap duo City Girls were featured on the cover of i-D Magazine where they hide each other’s eyes. The comments on this IG post indicate that people are starting to understand what this truly signifies. 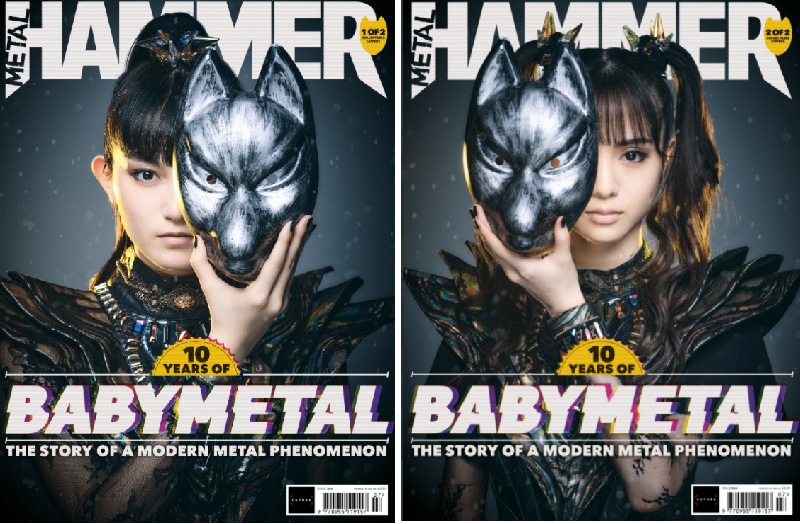 Metal Hammer magazine released two covers to celebrate the ten years of baby metal – a subgenre that is full of symbolism in itself. Appropriately enough, the covers are all about a double one-eye sign. 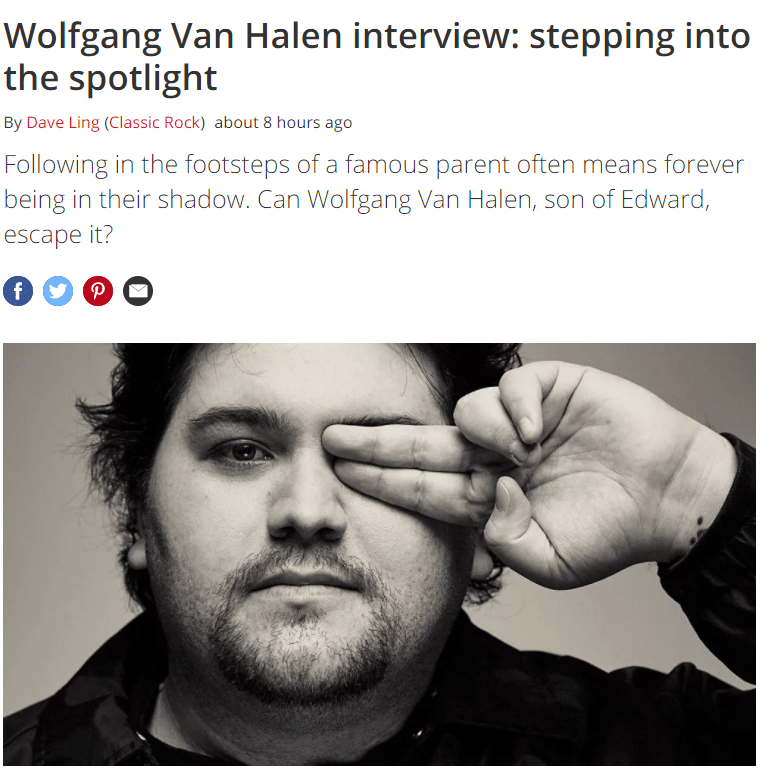 Wolfgang Van Halen is the son of … Van Halen. This article in Louder magazine (which owns Metal Hammer magazine seen above, by the way) talks about him “stepping into the spotlight”. Appropriately enough, the lead picture is Van Halen doing a big, fat one-eye sign. The takeaway: That’s the kind of crap that you need to do to be in the spotlight. 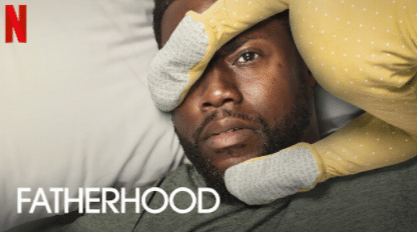 Kevin Hart was nearly “canceled” due to some tweets and comments he did years ago. Now, to stay in the spotlight, his work needs to have the elite’s stamp of approval. In this case, it’s the one-eye sign using the foot of a baby. 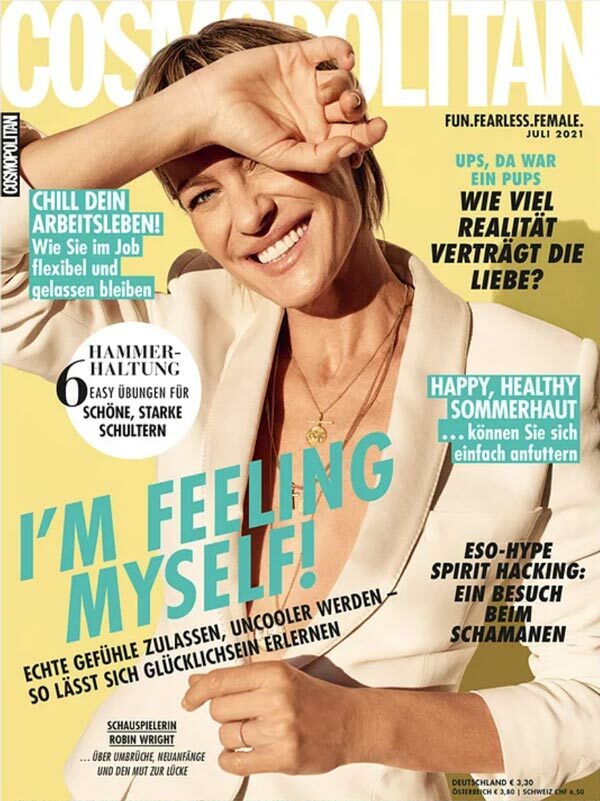 Actress Robin Wright (mostly known for her role in House of Cards) makes a blatant one-eye sign on the cover of Cosmopolitan Germany. 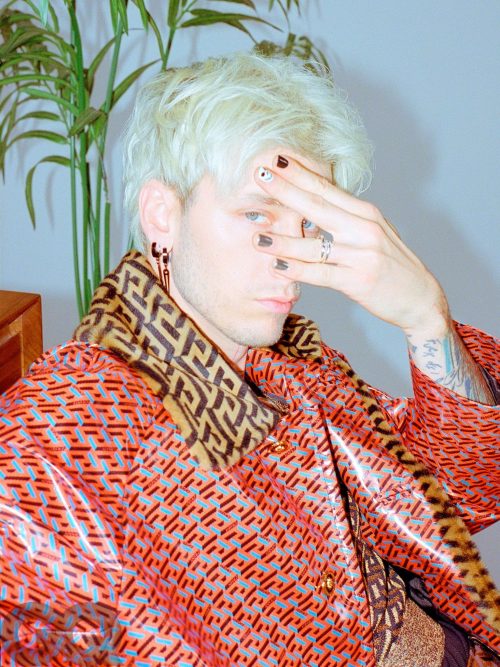 Machine Gun Kelly does the one-eye sign in GQ Magazine. He’s really down to embody all parts of the elite’s agenda. 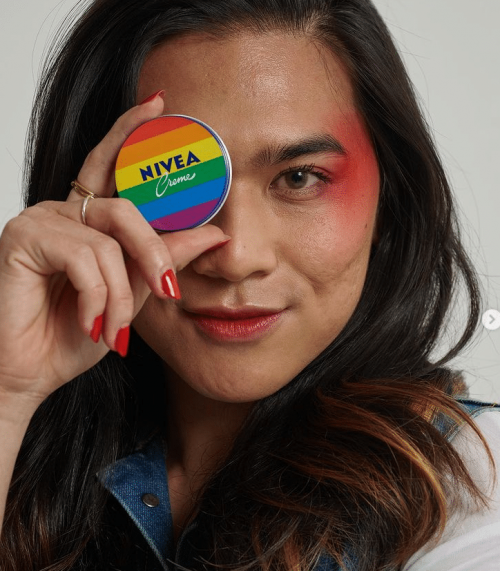 Nivea posted this one-eye sign ad during pride month. That means this is all part of the elite’s agenda.

The gender-blurring agenda keeps being pushed to absurd levels. Here are some examples. 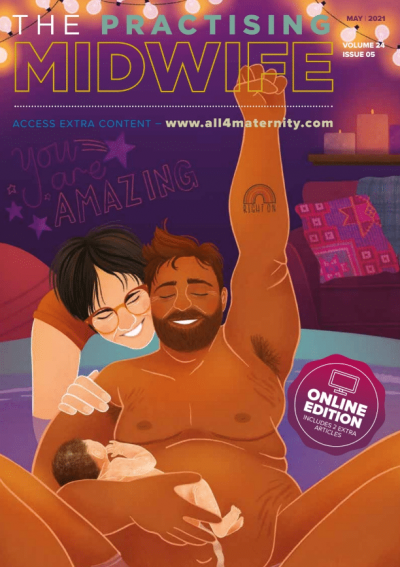 The cover of Practicing Midwife magazine featured a bearded trans man giving birth. They want this kind of imagery all over mass media and imprinted in our minds.

The website of the magazine also features this image of a pregnant trans man. Notice the symbols representing genders intersecting each other. That is literally what gender blurring is about: Pure confusion surrounding the most basic building block of life. 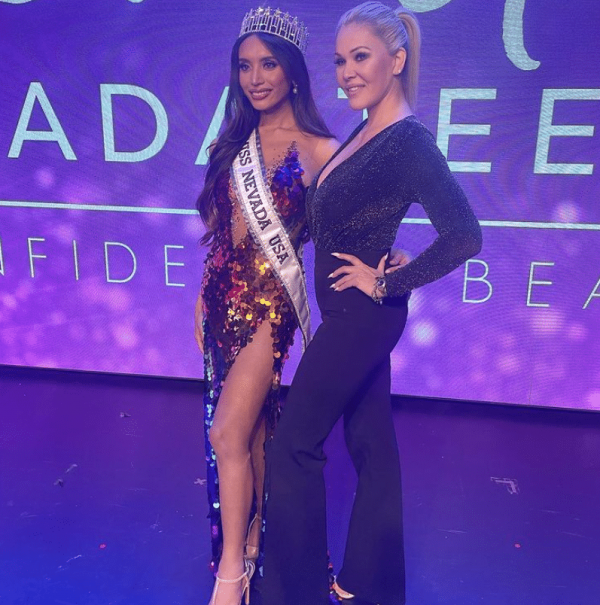 The winner of Miss Nevada is a biological male. Indeed, Kataluna Enriquez will become the 1st transgender Miss USA contestant in history. It had to happen.

Madonna is regular on SPOTM because, well, if you can’t make good music anymore, you need to do something to stay in the spotlight. 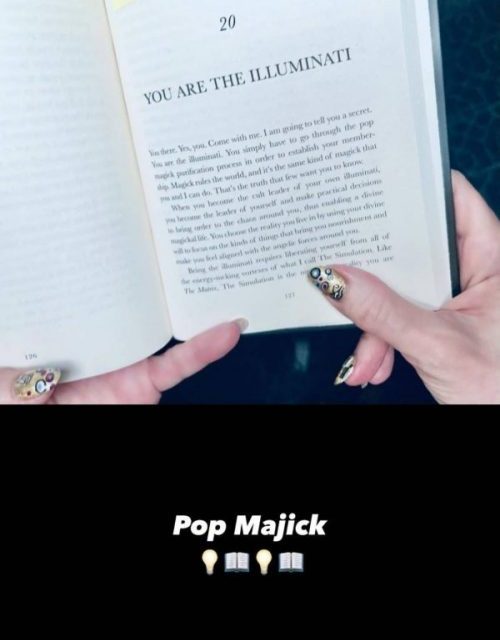 Madonna recently posted a video on Instagram reading passages of the book Pop Magick, especially the chapter titled “You Are the Illuminati”. 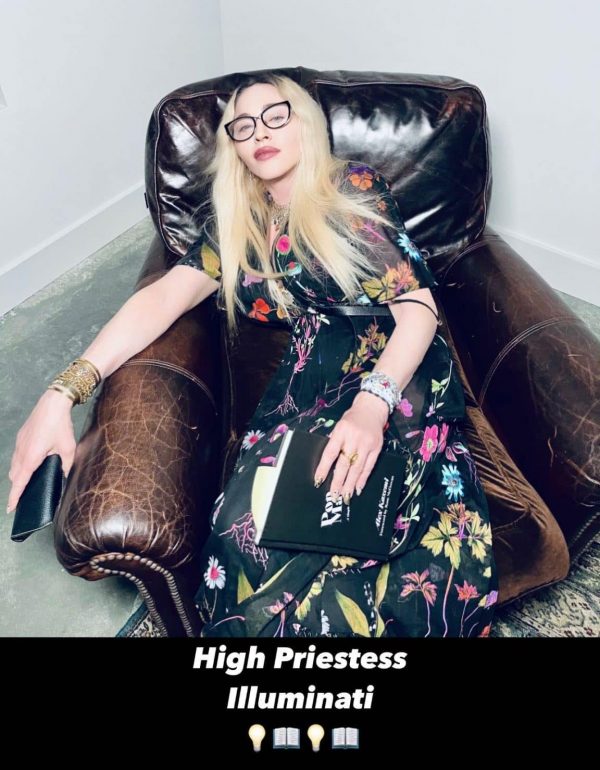 For years, I’ve been calling Madonna the “Grand Priestess of the music industry” due to her status in the occult elite. She recently posted a picture of herself with the caption “High Priestess Illuminati”. I know, Madonna. That’s what I’ve been saying since like 2009. 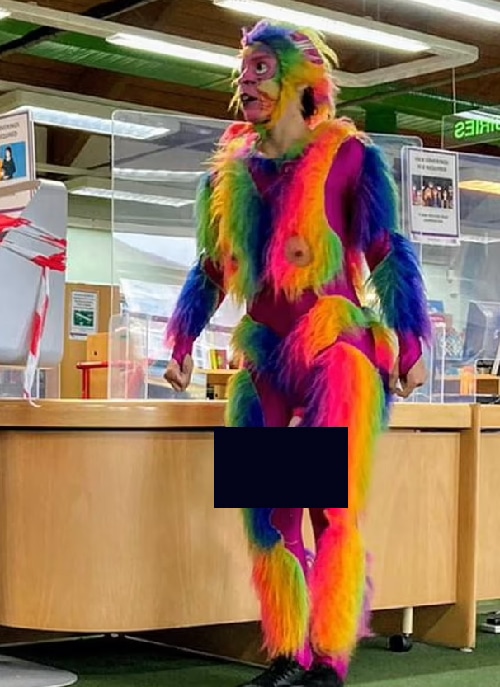 A library in London hired this dude wearing a fake penis to … encourage children to read. These people get off by exposing children to this kind of insanity.

Special thanks to everyone who sent in pics.