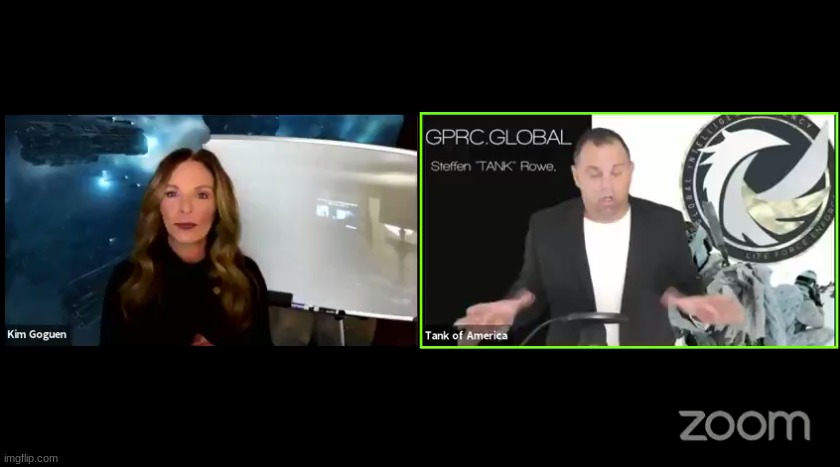 In this latest video from Kim, she dissects current events and drops some major Intel we all need to know! Things are heating up and it’s about to get really crazy. Kimberly Ann Goguen wears many hats and is one of the most important people on the planet. Kim and her role is unknown by the majority of the people around the world. However, she is very well known by members of the Deep State.

One of the reasons for this is because she replaced their malevolent predecessor, Marduke over a decade ago. Her predecessor was the Cabal’s leader, not the peoples’ leader by any stretch of the imagination. But in reality, he wasn’t their leader either. They too were his slaves, but they didn’t see it that way. In fact, many still don’t see it that way.

Kim is the first person to hold this seat who wants to end the human enslavement that has existed on our planet for over sixteen thousand years, not perpetuate it. This has gained her many enemies and few friends. But that surely is going to change as humanity finally starts to really wake up to the facts of how, when, why and by whom human enslavement was imposed on our planet.

I say she wears at least 7 because she mentioned a recent promotion, but she didn’t want to share what this role was on the last intel call I listened to. The hats she wears and roles she fills are listed below:

(Source: To the Heart of the Matter, THI Source to Action Book Series Vol 1, page 34)

Kim has caused major upheaval on all levels of the so called elites, and they have been doing everything possible to bring her down and regain control of the Quantum Mapping System (QMS). The QMS holds all the above ground assets, below ground assets, and human assets on planet earth, and a slew of other things that are beyond my scope of understanding. But from what I understand, every asset is mapped based on its origin. Humans are considered assets to the cabal. Actually they consider humans as ‘live’ stock and we are literally traded (our birth certificates) on the stock exchange. They consider us food and covet our life force energy which is highly valued by beings who are (or believe they are) unable to manufacture life force energy themselves because they are cut off from the soul matrix.

A must see for sure!