JFK Jr’s plane was supposed to land yesterday! Not that there would be an announcement on MSM.

Don’t miss my John Durham aka JFK Jr. is the Punisher blog and podcast. More censorship on Telegram! Fauci Body Count Makes Him Biggest Mass Murderer in History! Joe Biden acts the fool at the G20 and is not sporting a mask or social distancing. Let’s go Brandon! The news cycle is going to get more insane as we progress towards justice, finally. I believe it’s already taken place we are in the awakening phase of what has already occurred, first the masses must learn the truth of what has been done to us and our children and then we can get justice, heal and unite. Imagine the power of our human consciousness once we all learn the truth and unite? Transcribed and shared great comment from some guy on Tik Tok about the divide. Check it out!

Podcast of this blog & Godfather & Orange Connections with a Great Awakening meme collection : 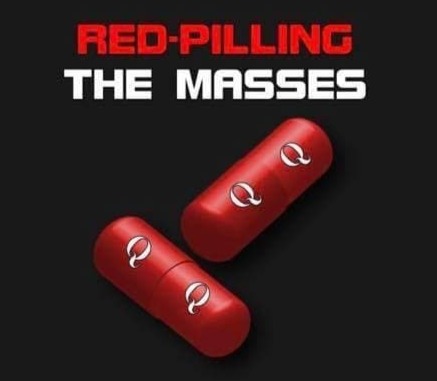 The United States of America, is on the verge of war… Knowing About This Coming Apocalypse Is The Key To Your Family’s Survival And It’s Only Revealed In This Presentation All Americans Will Lose Their Home, Income And Power By March 17, 2022

The Come back Kid

John is the Trump Card♠

Look at the dates on the Registration

The posts are referencing the plane landing

When do you play the Trump card?

#ICYMI Check out my John Durham aka JFK Jr. The Punisher blog and podcast. I review my first blog on Durham, written 1.5 yrs ago and end with JFK Jr. is alive and a master of disguise teaser blog, covering over 20 of his characters. Check it out! I also mention that I believe everything has already taken place and this part of our journey is to help wake up all of humanity. So we are in the teaching phase while learning ourselves, we will get justice, it is coming folks! We will continue to heal and unite. #SoonerThanYouThink

A Hillary Clinton campaign operation to plant a false rumour about Donald Trump setting up a “secret hotline” to Moscow through a Russian bank was much broader than known and involved multiple U.S. agencies, according to declassified documents and sources briefed on an ongoing criminal investigation of the scheme.

From the article – 27 pages of the Indictment right here:

JFK Jr. on the Imus show on our alien money system and “timelines”.

Check out my 3 latest introductions to blogs and podcasts related to JFK Jr.

Links to blogs and podcasts in the description. Enjoy the show!

We’ve been at this for quite some time – what is time anyway?

MSM THE ENEMY OF THE PEOPLE

Mike Lindell to Hold a Telethon Event on 25th November 2021

BREAKING REPORT: My Pillow CEO Mike Lindell Announces 3-day “Marathon” Broadcast to PREPARE THE COUNTRY for the 2020 Presidential Election to be Overturned.

4VKM meets Negative48 – WrestleMania I AM

I followed Daniel Dowell (Whiplash347) on Facebook until we were both booted off, then on Twitter and now on Telegram. Too bad I could not comment on his post because I’m censored in jail for 3 days by Telegram.

I can accept my posts may be “annoying” to certain people, but that is their problem not mine. Why would you shut down any conversation in the first place? How will you ever learn or grow in this lifetime if you live in an echo chamber? If you’re not interested or “annoyed” move along, delete the post, ignore, scroll on by. Why would you have to report someone for sharing their perception of The Great Awakening because you’re triggered? If you’re triggered and unable to process the information move along instead perhaps get some help with self healing before ratting out your fellow human who’s trying to share the truth or at least a different perception that is not harmful or hurtful to others. The truth is not mean it’s the truth.

Like millions of us, I can’t wait for Trump’s Truth Social. It’s been 3 long years of heavy censorship, shadow banning, kicked off social media platforms and now this nonsense with Telegram. End rant.

NOBODY LIKES A COWARD, THAT I CAN TELL YOU.

They are eating their own…

NOW – Prince Charles claims a “vast military-style campaign” is required to marshal a “fundamental economic transition.” A “military campaign” is defined by top-down planning, executing, controlling. Communist economic system: Planned by a central authority and organized along a top-down chain of command.

COVID19 spreading with the “Satanic stars”

Bon Jovi and Jason Momoa have been diagnosed with COVID19, a common cold for humans, seems to be deadly for these celebs though. Where is Tom Hanks, Oprah and Ellen?

Link to blog is in the description.

Gregg Jarrett joined Fox News’ Hannity to discuss the potential criminal charges that actor and producer Alec Baldwin and others in the production of “Rust” could face after the deadly misfires of the prop guns on set.

“I would not be surprised if crimes are charged. Mainly, involuntary manslaughter —otherwise known as criminally negligent homicide.” Greg Jarrett on Alec Baldwin

So in your face! What are they trying to tell us?

What’s Happening In Our World Today?

Our world has split into two groups or is it two separate time lines? I transcribed this great comment from TikTok.

The first group of people believe what they’re told, and they want to believe what they’re told. They live in a world where the state should be trusted with the highest form of authority, they believe elections are a fair reflection of the will of the people. They believe politicians are generally there to help us and that we should follow them because we need leaders to run society efficiently. They put scientists, academics and doctors on a pedestal because they are objective and should be trusted without question. This first group have been told their whole lives if they just follow the rules everything will be fine. In short, these people want to be led.

The second group by contrast consists of people who don’t necessarily believe what they are told. They understand that human beings are complex and don’t always tell the truth. That some people have ulterior motives. To the second group trust must be earned. They can be very skeptical. They can listen to a sales pitch but then go do their own research. They like to verify things for themselves. Above all they value personal freedom. Freedom to speak, freedom to run their lives the way they see fit and the freedom to go about their business unhindered. They believe people should live and let live that we should all be free to conduct our lives in peace.

Did you know Satanist do their disgusting rituals with masks on and stand 6 feet apart from one another? The video ends with Trudeau masked up with a few colleagues standing 6 feet apart saying,

“We are all in this together, so get vaccinated.” Justin Castro #MarkOfTheBeast

The Storm is almost here.

Make sure you have the necessities – 2 to 3 weeks worth.

The Military will also supply food and supplies. We are going to Full Global Martial Law. Changing over from Crown Maritime Law to 1776.

Will be a Transition

CASTLE ROCK. You will see my write ups from January 2020. Just about go time.

The tomahawk chop has come under fire during the World Series

THIS IS THE TRUTH ABOUT FACEBOOK META. First, read the book Ready Player One but, in short, this is under Agenda 21/2030 goal of environmental sustainability, claiming that humans are bad for the planet and because we pollute the planet, which they also say ALL our human activity leads to the spread of VIRUSES so we need to be secluded in our homes and most all activity we conduct can be done in this simulated digital universe called the Metaverse (this context is NOT included in Ready Player One).

People will conduct their work in this digital simulation, commerce and recreation here and interconnected web of relationships here. Everything will be done in this Metaverse.

However, this Agenda relies on mass depopulation of the human population because too many people are hard to control so the remaining people will be jacked into this system and have no choice if they want to participate in the conveniences of society: FB Meta is just the social media aspect of this system but will expand to be connected to a larger digital SMART Grid network of the entire planet so everything you do is tracked, monitored and controlled in this Luciferian artificial intelligence Internet of BioNanoThings (IoBNT) system.

Anyone continually not behaving according to the rules of the system will be slowly exiled through the SOCIAL CREDIT SYSTEM and the precursor to the social credit system is already here through the VACCINE PASSPORTS (get vaxxed, get goodies; no vaxx, no goodies)

Ready Player One and similar concepts are what is called predictive programming, to make us think these new technological advances will be cool and fun, so by the time they are rolled out, we think it will be a benefit but, make no mistake, this is simply: DIGITAL SLAVERY of the highest magnitude. I have been interviewed on numerous podcasts this past year discussing this topic and the players involved.