ARIZONA – Several hundred thousand votes that were counted in Maricopa County, Arizona are associated with missing ballots, according to an audit organizer who is speaking regularly with people on the audit floor. 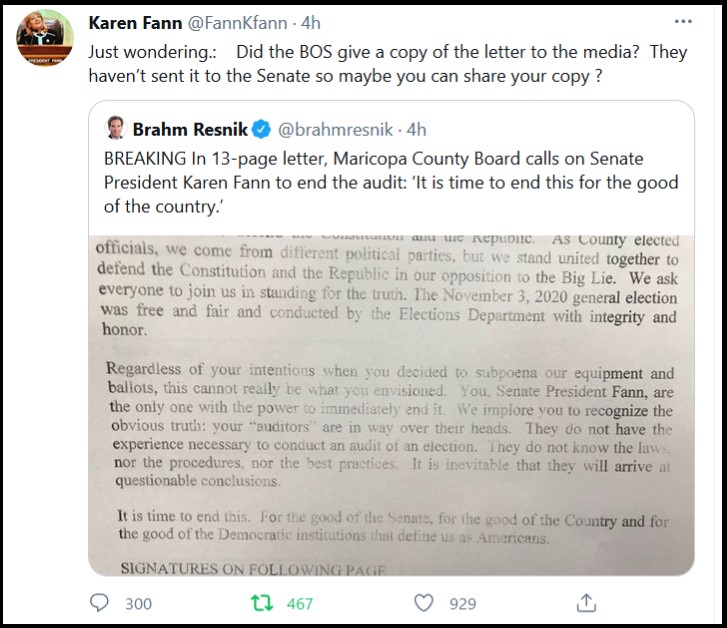