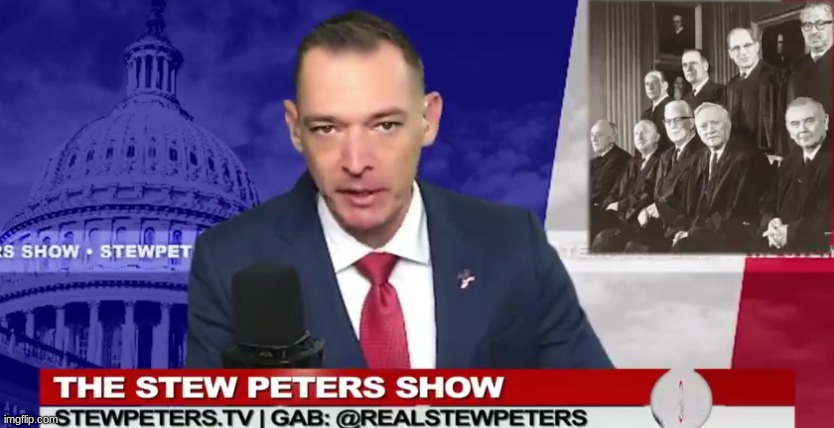 Just when you think things can’t get any worse, the Powers That Be find a way to blow that out of the water. A week ago the Supreme Court heard oral arguments in Dobbs vs. Jackson’s Womens Health Organization. We’ve been building up to this for a long time. In 1973, when the Court first delivered the Roe v. Wade ruling, 30 U.S. states banned abortion without exception and 16 more allowed it only in narrow cases.

Abortion was generally available in just four U.S. states. But the Court of the 1970s was even more radical than it is today. So it simply invented a “right” to abortion out of whole cloth. Since that decision, more than 60 million children have been butchered in the name of choice. There is a 6-3 majority of Republican-appointed justices.

Every single one of those justices was vetted by religious conservatives and the Federalist Society. Every single one was sold to the base as a rock-solid pick for overturning Roe and removing this hideous stain on the nation’s soul. Will the Court deliver this time?

Was Senator David Perdue thinking of Georgia when he bought up to $245,000 of Pfizer stock before the pandemic was public? Stew Peters Show investigative journalist Edward Szall digs into the newly Trump endorsed governor’s candidate and details other problems with the ‘America-Last’ establishment pick. Edward Szall investigates.

Join Dr. Jane Ruby and Stew Peters as they answer questions from Dr. Ruby’s own viewers in Telegram on things such as the risks of the vaccine and the ever encroaching booster shots.

Doctor John Witcher always believes in putting his patients first instead of the dictates of medical tyrants. And that’s why he was just fired from his job at Baptist Memorial Hospital in Yazoo City, Mississippi for prescribing ivermectin to his Covid patients. The hospital insisted that he give the patients Remdesivir, which has severe or even catastrophic side effects yet is the treatment approved by the FDA.

Ivermectin, which has almost no side effects and a long history of use for all kinds of ailments, and even if it doesn’t work certainly has no downside, is still prohibited. Doctor Witcher says he still has three patients in the hospital and he wants to help treat them, but he won’t even be allowed onto the premises of the hospital.
He joins us to discuss.

Rebecca Brewer is a former Marine and Iraq War veteran. No doubt she enlisted because she wanted to serve her country. Instead, she was used to fight an unnecessary war and might have been experimented on in the bargain. She joins us to discuss.