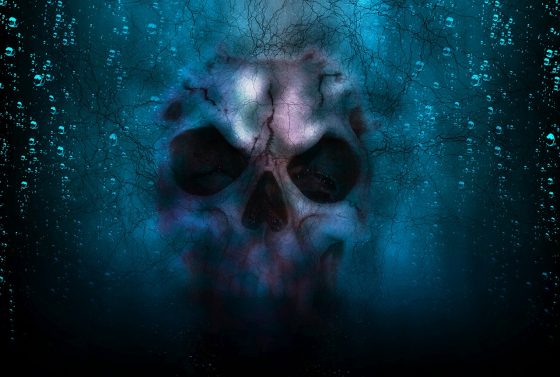 Death is in the air.  Unless you have been living in a cave for the past 12 months, you already know that this is true.  Old people are dying, young people are dying, famous people are dying, and countless hard working Americans that make up the backbone of our economy are dying.  For months, I have been writing articles about “the mystery of the missing workers”.  For the very first time in U.S. history, we have a severe shortage of able-bodied workers, and this is one of the biggest reasons why we are facing an unprecedented supply chain crisis today.  Millions of Americans that were working prior to the pandemic seem to have “disappeared” from the system, and now it has become clear that a lot of them have simply died.

Before I discuss the new life insurance numbers that have been revealed, I want to do a quick review.

Earlier this month, I wrote an article about a large life insurance company in Indiana that announced that the death rate for working age people covered by their policies was up 40 percent from pre-pandemic levels…

The head of Indianapolis-based insurance company OneAmerica said the death rate is up a stunning 40% from pre-pandemic levels among working-age people.

A 40 percent increase in the death rate is really bad news for a life insurance company, because they make money when people don’t die.

In fact, Davison said that a 40 percent increase in a single year “is just unheard of”…

Davison’s remarks sent shockwaves all over the Internet, because they were one of the first hard pieces of evidence confirming the fact that Americans are dying in unusually large numbers.

But of course it was going to be extremely important for other life insurance companies to confirm that such a dramatic shift was indeed taking place, and now that is starting to happen.

According to Reuters, the amount of money paid out by global life insurance companies absolutely skyrocketed during the first three quarters of 2021…

The global life insurance industry was hit with reported claims due to COVID-19 of $5.5 billion in the first nine months of 2021 versus $3.5 billion for the whole of 2020, according to insurance broker Howden in a report on Jan 4, while the industry had expected lower payouts due to the rollout of vaccines.

“We definitely paid out more than I had anticipated at the beginning of last year,” said Hannover Re board member Klaus Miller.

Let’s assume that claims in the fourth quarter of 2021 came in at the same pace as the first three quarters of 2021.

So basically the amount of money that global life insurance companies will pay out for 2021 will be approximately double what they paid out for 2020.

Needless to say, that suggests that the death rate for those covered by such policies roughly doubled.

In that same article, it was reported that one life insurance company actually had its claims in the Americas more than triple during the third quarter…

Dutch insurer Aegon, which does two-thirds of its business in the United States, said its claims in the Americas in the third quarter were $111 million, up from $31 million a year earlier.

But you already knew that.

Reuters is telling us that claims for MetLife and Prudential also “rose”, but we were not given specific numbers for those two insurance giants…

So now we have solid confirmation.

A lot of people really are dying.

Interestingly, an entirely separate investigation by The Epoch Times has also shown that deaths were unusually high in 2021.  They analyzed death certificate data from the CDC, and they came to the conclusion that the number of deaths among Americans aged 18 to 49 “increased more than 40 percent in the 12 months ending October 2021 compared to the same period in 2018–2019″…

Health departments in several states confirmed to The Epoch Times that they are looking into a steep surge in the mortality rate for people aged 18 to 49 in 2021 — a majority of which are not linked to COVID-19.

Deaths among people aged 18 to 49 increased more than 40 percent in the 12 months ending October 2021 compared to the same period in 2018–2019, before the pandemic, according to an analysis by The Epoch Times of death certificate data from the Centers for Disease Control and Prevention (CDC).

This is bombshell information.

Americans are dying in enormous numbers, and that trend is almost certainly going to continue throughout the coming year.

Most of you that are reading this article know people that have died over the last 12 months.  Every time that I hear that someone that I was personally familiar with has passed away, it deeply grieves me.  What we are witnessing is such a great tragedy, and a lot more death is on the horizon.

Every moment that we are given is a precious gift, and so let us endeavor to make the most out of every single day.

Many people assume that they will live to a ripe old age, but that isn’t always true.

Death unexpectedly came for countless Americans in 2021, and countless more will also die in 2022.

The post New Data From Life Insurance Companies Confirm That Americans Are Dying In Unusually Large Numbers appeared first on The Economic Collapse.