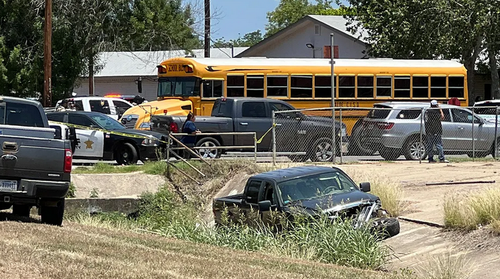 Sixteen people are dead, including 14 children, a teacher, and the suspected gunman following an “active shooter” report at Robb Elementary school in Uvdale, Texas, according to Gov. Greg Abbott.

According to Fox7 Austin, the deceased children are 2nd, 3rd and 4th graders between the ages of 7 and 9 years-old. Another 13 children were transported to the hospital.

The suspected shooter, 18-year-old Salvador Ramos, is believed to have acted alone. It is unclear what his relationship is to the school, if any.

“He shot and killed, horrifically, incomprehensibly, 14 students and killed a teacher,” said Abbott, adding that two officers were shot and wounded and are expected to survive. 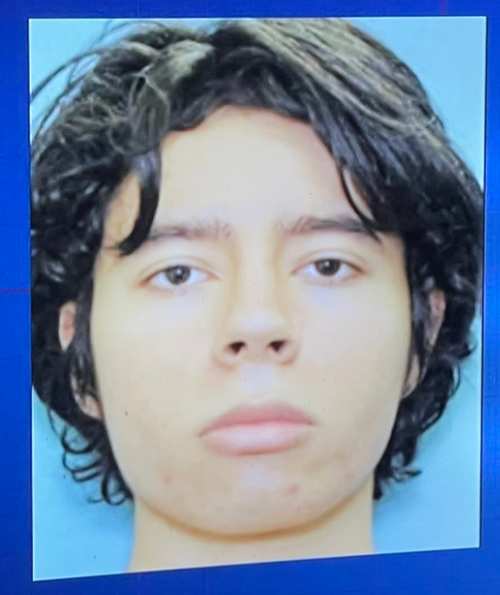 Ramos was a resident of the community, according to the governor, who added that the shooter was likely killed by responding officers but that events are still being investigated.

The Texas Department of Public Safety and Uvalde Mayor Don McLaughlin told Fox News that the shooter – who ran to the school – became barricaded inside it.

“There is an active shooter at Robb Elementary. Law enforcement is on site,” the school posted on Facebook. “Your cooperation is needed at this time by not visiting the campus.”

The school later posted on Facebook alerting parents that students were being transported to the Willie DeLeon Civic Center for reunification. Additionally, all district and campus activities, after-school programs and events, were canceled for the remainder of the day. -Fox7

“Texans across the state are grieving for the victims of this senseless crime and for the community of Uvalde. Cecilia and I mourn this horrific loss and we urge all Texans to come together to show our unwavering support to all who are suffering. We thank the courageous first responders who worked to finally secure Robb Elementary School. I have instructed the Texas Department of Public Safety and the Texas Rangers to work with local law enforcement to fully investigate this crime. The Texas Division of Emergency Management is charged with providing local officials all resources necessary to respond to this tragedy as the State of Texas works to ensure the community has what it needs to heal.”

Update: According to an update from Texas Gov. Greg Abbott, the death count has jumped dramatically, with no less than fifteen people killed at the shooting at Robb elementary school, were 14 students and one teacher killed.

The shooter has been identified as 18-year-old Salvador Ramos, has also been killed. According to reports from ABC, he unleashed the killing spree after shooting and killing his grandmother. He is a student at Uvaldi high school and is a US citizen. 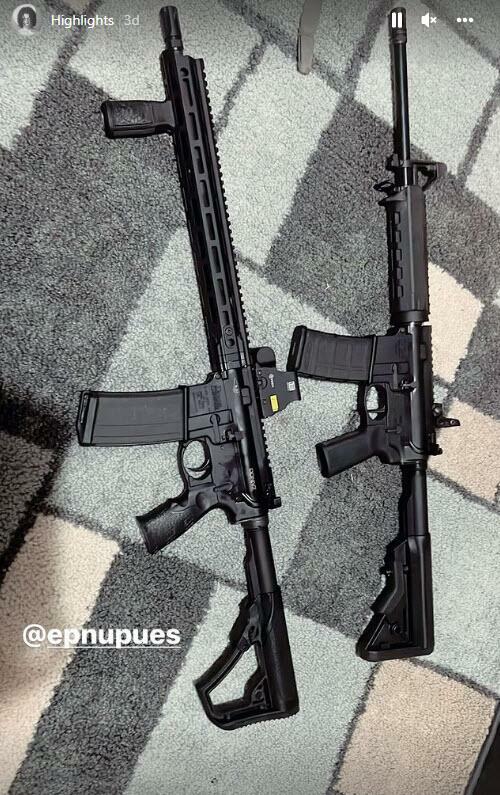 Multiple people are dead, including several children, after an “active shooter” incident at an elementary school in Uvalde, Texas, law enforcement sources told ABC News. The suspected shooter has died on the scene.

Uvalde Memorial Hospital said on Facebook shortly before 3 p.m. local time that two individuals had died after the shooting at Robb Elementary in Uvalde, Texas, about 85 miles west of San Antonio. Additionally, 13 students were being treated in the hospital’s emergency department in the wake of the incident, the hospital said. ABC reports that the shooting suspect has also been killed.

University Health in San Antonio said it had two patients from the shooting incident — a child and an adult. The hospital said the adult — a 66-year-old woman — is in critical condition. It did not have an update yet on the condition of the child. 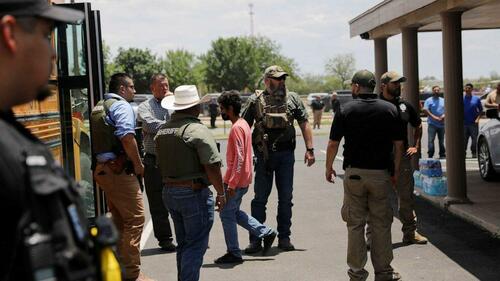 A school official initially clarified to ABC News that the shooting took place off campus, and that Robb Elementary School was under lockdown.

Uvalde Mayor Don McLaughlin did not confirm casualties, but told ABC News in a text message that “this is a very bad situation.” He said the office is trying to contact parents before releasing any information.

Earlier, the Uvalde Consolidated Independent School District had said a shooter was located at Robb Elementary School and asked people to stay away from the area.

“There is an active shooter at Robb Elementary,” the school district said on Twitter. “Law enforcement is on site. Your cooperation is needed at this time by not visiting the campus. As soon as more information is gathered it will be shared.”

There is an active shooter at Robb Elementary. Law enforcement is on site. Your cooperation is needed at this time by not visiting the campus. As soon as more information is gathered it will be shared.

The rest of the district is under a Secure Status.

The school informed parents shortly after 2 p.m. local time that students had been transported to the Sgt. Willie Deleon Civic Center, the reunification site, and could be picked up. 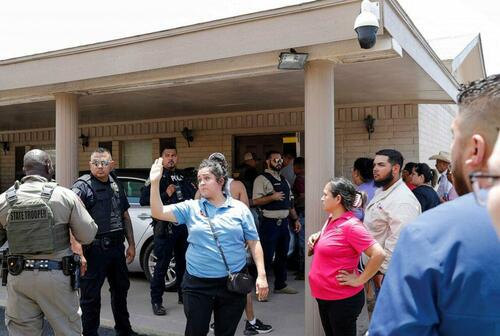 The Bexar County Sheriff’s Office and San Antonio Police Department are sending aid. The Houston Field Division of the Bureau of Alcohol, Tobacco, Firearms, and Explosives also said it is assisting in the investigation of a school shooting.