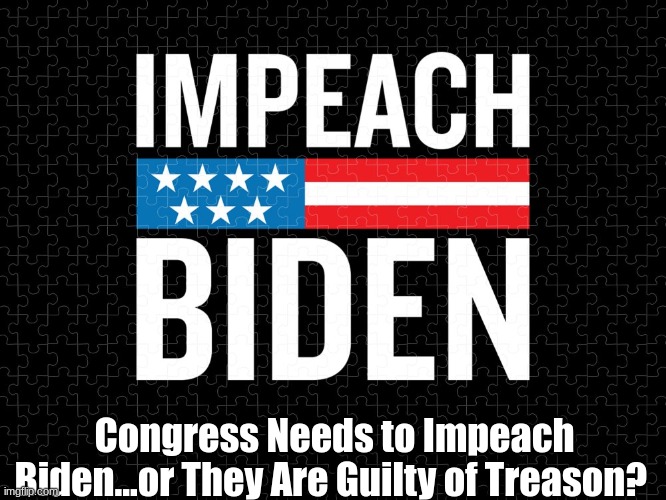 Get wise to whats going down people, its all planned destruction of USA in order to take control of the world through one world government, one world religion, a new controlled fiat digital currency, and an implanted micro chip to keep you in line if you try to speak out or revolt…all controlled by the same jokers that have been playing us on this cheat shell game since recorded history started being recorded. Don’t you think its strange since Biden was rigged in that the sudden downfall of USA has been on the fast track? NOBODY could honestly screw up so bad so fast so exponentially to have all this come down so fast – unless it was planned.

Whose puppet is Biden? CCP China? Who is CCP China the puppet of? Triad’s Lee family lineage? The Council of 300 and 13 Families? They are all fighting for control of the world by having their ‘guy’…their ‘antichrist’ be the chosen antichrist to rule the New World Order. So step back and look at the planned destruction – the massive amount of sudden food processing plants being destroyed and burned to the ground…all at the same time? The sudden massive fertilizer shortage worldwide…all at the same time? The millions of chickens and turkeys being destroyed for …’bird flu’? Suddenly all at the same time?

THEY ARE DESTROYING THE FOOD SUPPLY. The division of US citizens any way the fake news can spin with their Smith-Mundt act of 2013 Revision that actually LEGALIZES PROPAGANDA in US media?

The Roe vs. Wade decision to divide the people even more – yet nothing changed at all? Abortion is STILL a states right affair nothing at all changed – just the fake new spin on it to stupefy the already stupid people who cant seem to comprehend they are being played like a drunk high school girl at a frat house party. Just like WWII didn’t happen over night, it slowly ramped up from lots of smaller skirmishes into a world war the second US Civil War is ramping up. It was the Illuminati & ’13 Families’ then too, as it is now and they won’t give up until they die or win.

How do you stop an enemy that has the advantage of other worldly multidimensional aspects when our race is stupidly glued to distractions of all kinds like phones, tv sports and celebrity lives – they look at us the way we look at monkeys. So ‘who’ are these ‘elite’ otherworldly beings and how do these ‘secret societies’ connect? If you go back just to the 1800s, there used to be kings, queens nobility – what happened to them?

Did they ‘disappear’ and bow out or did they disappear to protect their ‘secret bloodlines’? Could their bloodlines be so ancient it could possibly connect to the Bible? Like the ‘bad guys’ of the Bible? There’s the story of Cain and Able where Cain kills Able, and instead of God destroying Cain, he lets him free and enables his escape – hiding him inside the earth. So what happened to Cain? He is never mentioned again.