“This is bullish!t. These are dark days.
Tomorrow will likely bring more horrific decisions
by the not-so-supreme supreme court.” 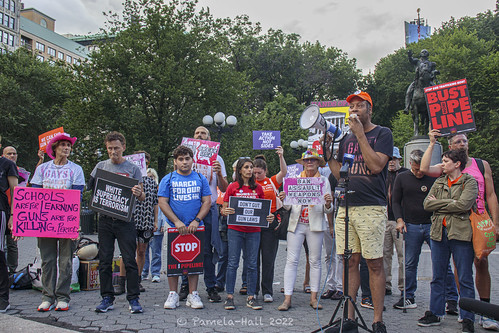 “The blood of the people who will be murdered as a result of this decision will be on the hands of these six justices. It’s hard to have hope for our country on days like today.” “ [Gays Against Guns in Union Square Park.] 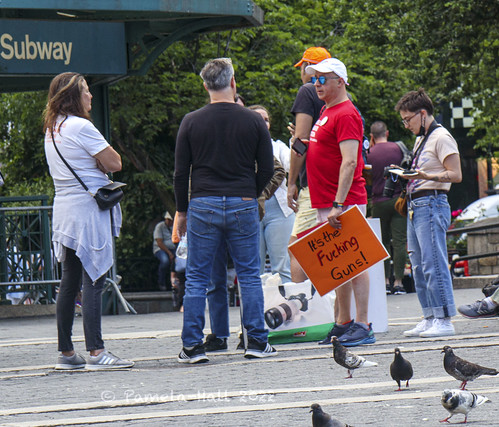 “Gays Against Guns and Gun Violence Prevention advocates joined NY elected officials to stand against the U.S. Supreme Court’s decision in New York State Rifle and Pistol Association v. Bruen, eviscerating safer gun licensing laws in New York, 6 other states, and D.C. which together comprise 75% of the population of this country.” (Gays Against Guns)

“ We have no voice. The “supreme” court decision has left us much more unsafe and many, many people will die as a result of it. We want fewer dead people and we understand that more guns = more gun deaths. It’s so simple, even a conservative justice should be able to figure it out. But I guess those law schools aren’t what they used to be.” (Linda B.Rosenthal) 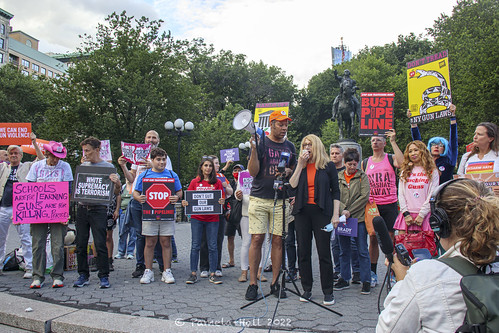 “I joined @bradybuzz, @gaysXgunsNY @MomsDemand @AMarch4OurLives in outrage at #SCOTUS #Bruen decision.The gun lobby owns our justices whose ruling sanctions chaos and endangers every one of us. I’m ready to go to Albany to protect New Yorkers from this barbaric ruling.” (@lindabrosenthal_67)

“Gays Against Guns NY is an inclusive, direct action group of LGBTQ+ people and their allies committed to nonviolently breaking the gun industry’s chain of death—investors, manufacturers, the NRA and politicians who block safer gun laws. ” [https://www.facebook.com/GaysAgainstGunsNYC] 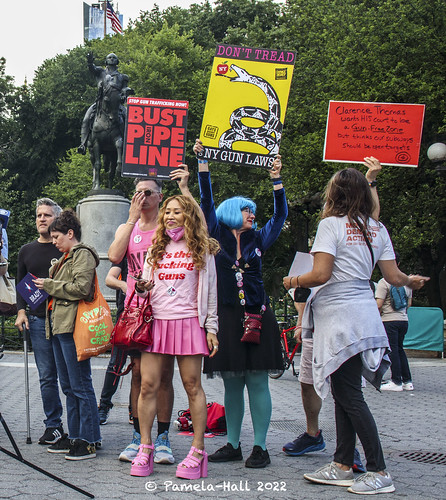 MARCH FOR OUR LIVES NY - “Our policy agenda is rooted in our community’s calls for safety, grounded in the perspectives of gun violence survivors and their families, and bolstered by robust policy analysis and conversation. It interweaves the underlying forces we believe fuel gun violence — gun glorification, political apathy, poverty, armed supremacy and our country’s mental health crisis — and points to specific policy priorities for our movement.“ 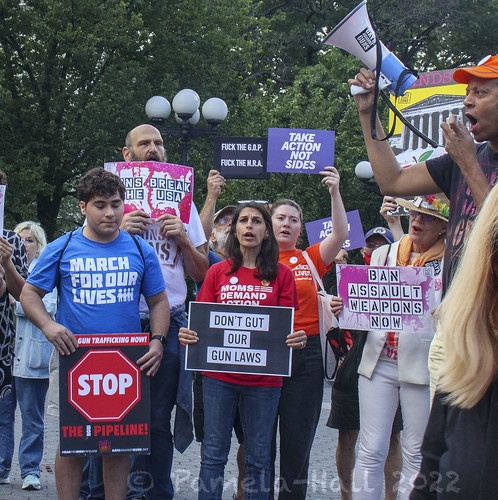 . “…  Gov. Hochul, a Democrat who recently signed several new gun control laws in response to a mass shooting in Buffalo that left 10 dead, said she expects the Dem-led state Legislature to return to Albany within the next month to address the issue.

“I will say we are not powerless in this situation,” the governor said. “We’re not going to cede our rights that easily. Despite the best efforts of the politicized Supreme Court of the United States of America, we have the power of the pen.” [ NY Daily News] 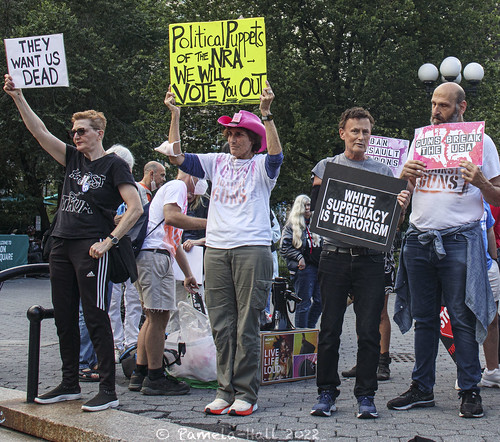 At the protest on Thursday, advocates from various gun violence prevention groups denounced the Supreme Court decision, and expressed frustration at the it’s dismissal of a law they say most New Yorkers want.

“It’s a really horrific mix of emotions. Even though we knew this was going to happen, we’re still dumbfounded by it.” Jay Walker from the gun violence prevention advocacy group Gays Against Guns told Gothamist. “As much as I do want, um, our state government to do whatever they can, fortunately we have a Democratic super-majority in New York State, without very, very strong federal legislation it’s going to be undermined by the fact that people can travel from state to state.”

(Jay W. Walker – is also a founding member of Rise and Resist, a direct action group committed to opposing, disrupting, and defeating any government act that threatens democracy, equality, and our civil liberties. 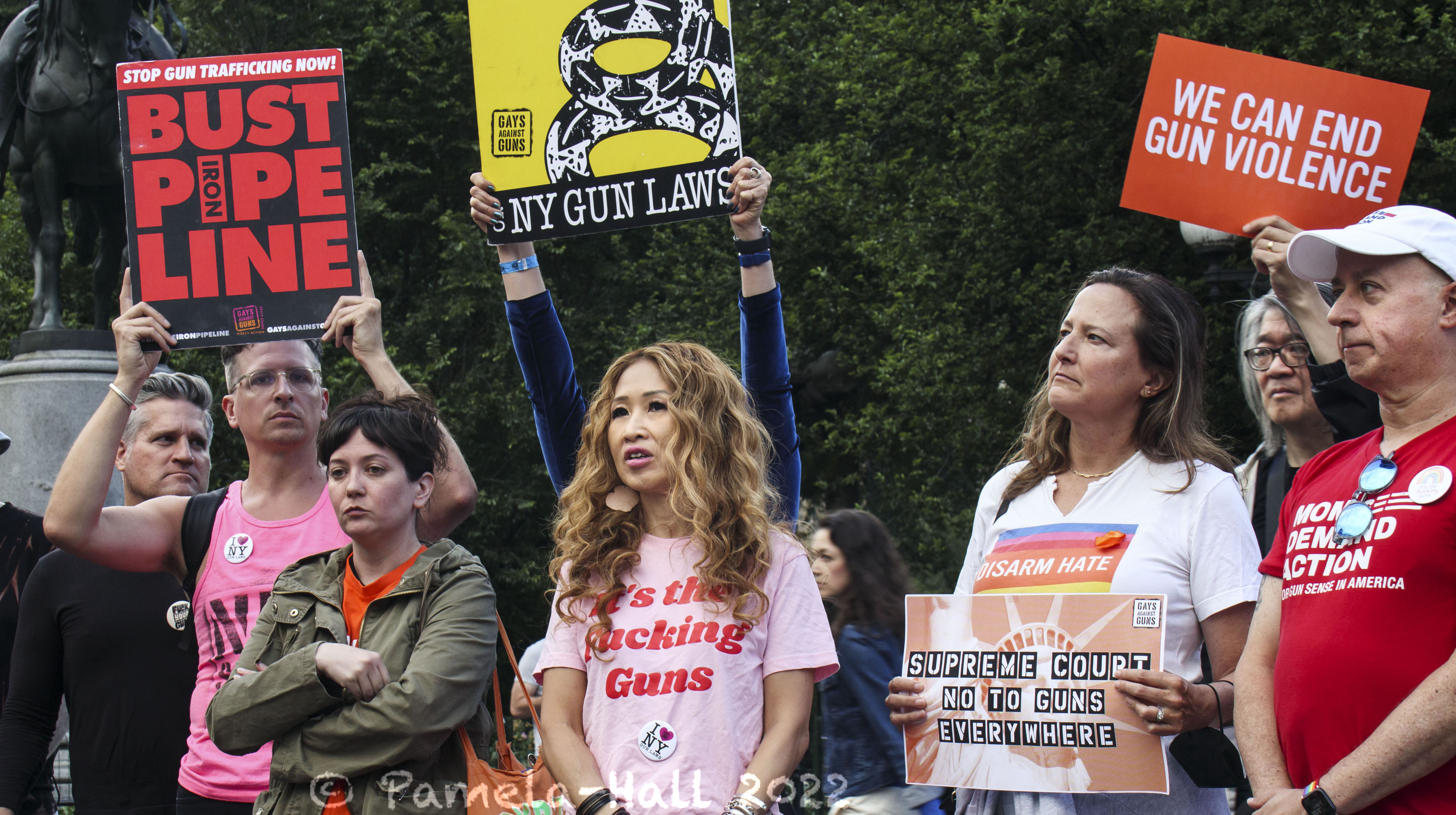 “… fortunately we have a Democratic super-majority in New York State” 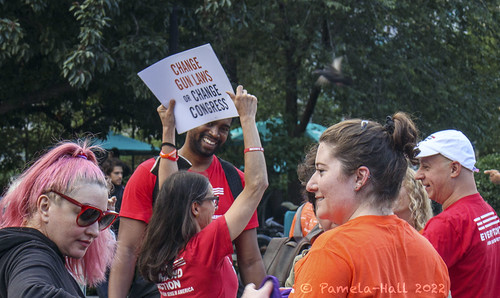 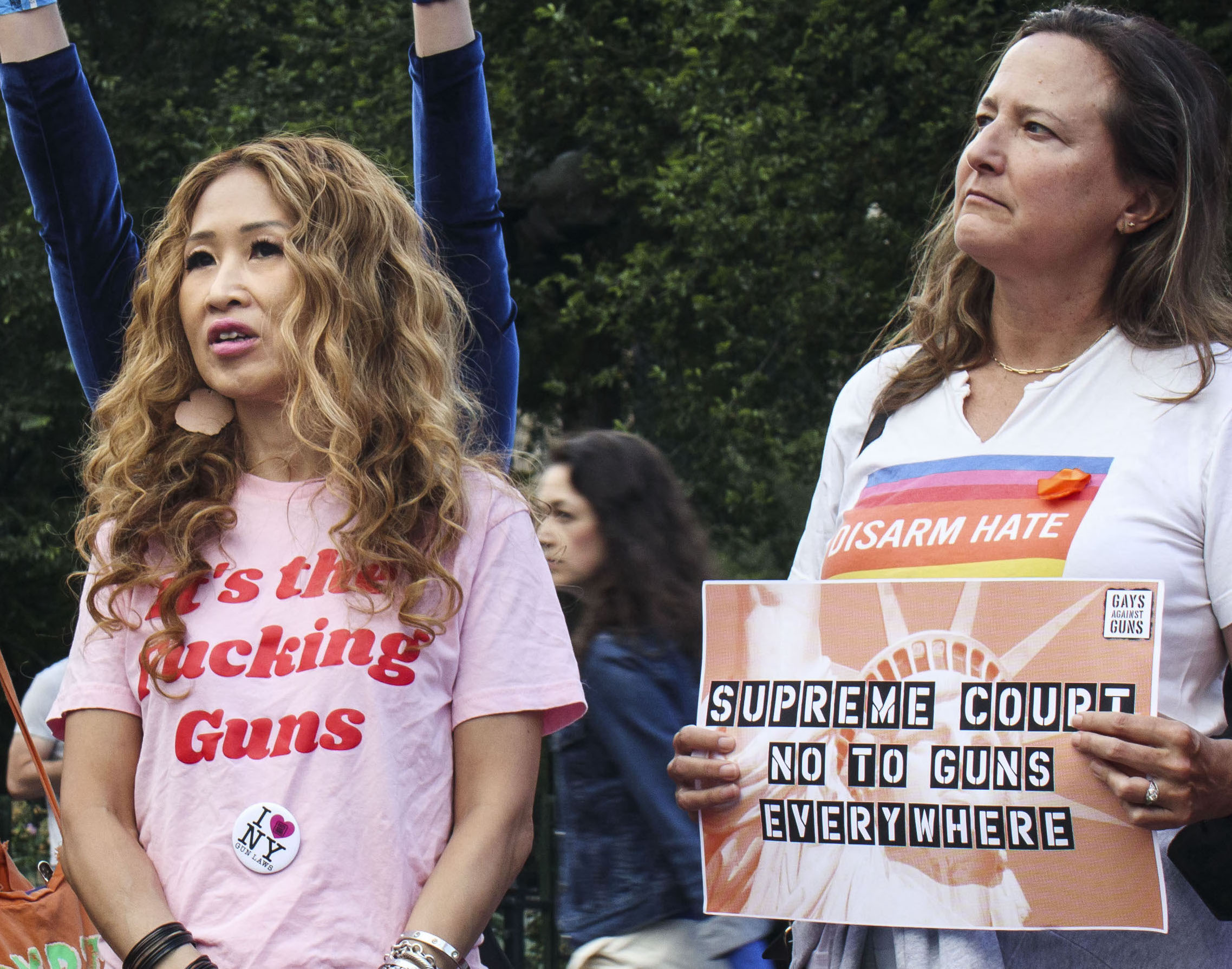 The Progressives goal – disarming the citizens -  Not Good.