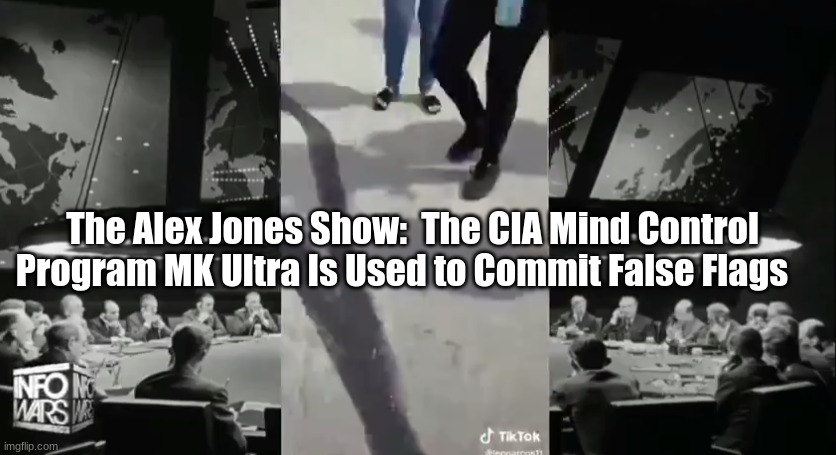 Joe Biden – who is CCP China’s bought and paid for traitorous stooge says, “Trump supporters are the most far right extreme political organization in U.S. history”….well, if you cant see the writing on the wall by now well you’re asleep at the wheel going 90 miles an hour. Expect mass shootings as false flags or outright hoaxes until they get their agenda. They want (need) to disarm the American public so the Democrat ‘Brownshirts’ (Antifa) can go on a shooting rampage this summer with their self proclaimed ‘Summer of Rage’ tour with nothing to stop them.Then martial law will be imposed as the New World Order ‘spells out’ the new rules…as ‘Blue Helmets’ show up to ‘keep the peace’. The Constitution? Kiss that goodbye….BUT we still have it and we are still armed. Everyone knows from the Kyle Rittenhouse trial that case precedent has been set. If Antifa shoots at you – you can shoot back at them in self defense – LET EM HAVE IT THIS TIME AROUND …. as long as you have guns that is and ammunition for them.

That’s the Deep State plan imo. If you’re a shooter, you know the run on guns, ammunition, powder, primers, bullets – its all off the charts. They know this time around Antifa is doomed for a clock cleaning in the streets so they need the unfair advantage, just like any cowards need – they will be ramping up the hoax / false flag shootings times ten until they get their agenda. The solution? Patriots need to push for the Biden impeachment – HARD – or push Congress to step down for not upholding their oath to the Constitution. Plain and simple. Congress is likely going to play the ‘we are not doing our job for the American people unless we implement tough gun laws in light of these mass shootings’ card…

Which can be argued is a case of treason for ANY member of Congress in favor of it in itself for not upholding their oath to defend the Constitution…but make no mistake of the game they’re playing – THEY FEAR PATRIOTS WITH GUNS SO DO NOT GIVE UP ANY GUNS IN YOUR POSSESSION UNDER ANY CIRCUMSTANCES. What do you think they would do if you gave up your guns? Mark you off the checklist and say thanks? You might see them walking away saying thanks, but get ready two weeks later for the 3am shakedown and arrested for ‘questioning’ for having a gun and brought to a re- education’ camp – to never be seen again.

You can bet if the WHO gets their world treaty to impose martial law in light of a new pandemic, NATO troops will be sent to EVERY country for assistance in ‘safety measures’. Guess who they will send to confiscate guns? Can you name an American who stands for the Constitution that would do it? Enough of the dividing of Patriots as well, the new rallying cry is not whether you are Republican or Democrat…THEY ARE BOTH CORRUPT and doomed to be exposed for their corruption….

No, that is not uniting the people. The way to unite new Patriots into the fold is whether or not you stand for the Constitution. The whole idea of ‘freedom’ is it implies their will be ‘differences’ living amongst each other – free to live as they wish as long as it doesn’t infringe on another’s freedom. Standing in unity for the Constitution is the name of the game.

We all need to get back to uniting Patriots otherwise we wont have the numbers needed for the armed defense of the homeland that is surely coming our way.

The American public owns more guns privately than any standing army in the world, and the fact is many shooters here are 10 times better than some foreign trained 20 yr old soldier just by experience alone. So this summer, whether its Antifa or Blue Helmets, its time to do some 2A throw down and start kicking out Communist invaders one rat at a time. There is a reason Russia evacuated Afghanistan decades ago and United States did the same recently.

Eventually all the high tech weaponry will only go so far and then its boots on the ground. It was basically men with small arms and the home turf advantage and in the end were victorious for fighting for their home turf guerilla style. It was the same mountain fighting tactics we learned from the Blackfeet, Sioux and Comanche Well Patriots now its our turn and we welcome the fight….when they come for your guns – whether its Blue Helmets or plain clothes as the invading army, head to the hills – not to retreat but to prepare ambushes.

Guerilla tactics, choke points, slot canyon ambushes and late night time hit & run raids to capture the weapons and high tail it back to the hills. The hills you say? The mountain ranges of USA will easily be our Afghanistan payback to the Deep State Rats…The Appalachians, The Rockies, The Cascades, The Coast Ranges, The Sierra Nevada and many more will draw the enemy into to have to put boots on the ground – WHEN THEY COME FOR YOU GUNS THATS WHEN ITS TIME TO USE THEM – DON’T FALL FOR THE BAIT….ITS THE DEEP STATE..