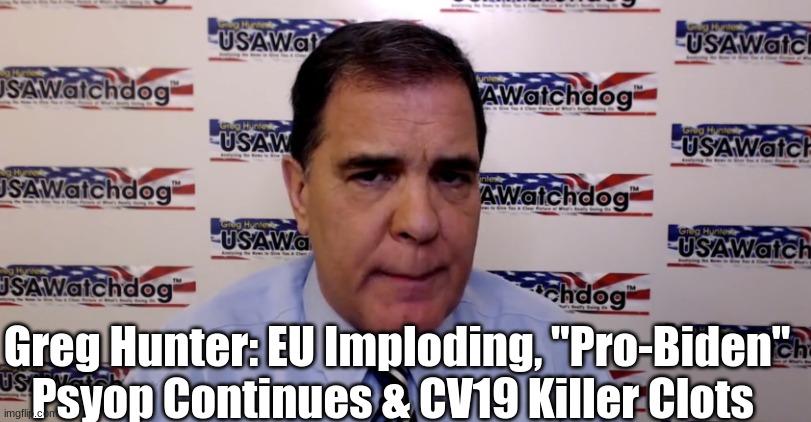 You are not seeing this in the reporting, but Europe is imploding in every way possible. The only thing that will stop this unfolding crash is to stop the Ukraine war–and stop it now. There are no signs this is going to happen. There are plenty of signs that Europe’s coming monstrous crash will drag the globe into the Greatest Depression in history. Inflation is skyrocketing, and the European Central Bank is coming to the rescue by raising interest rates .75%!!! Talk about throwing a drowning man a boat anchor, that’s what raising interest rates is.

The pro-Biden psyop is in full swing, and it needs to be because the real numbers of his approval rating are around 12%. I said the real numbers, not the fake polling that shows Biden surging as inflation continues to roar. It makes no sense that Biden’s official approval rating, according to the propaganda media, was 42% last month, and now, he’s beating Trump in a 2024 matchup by 6 points. 48% for Biden and only 42% for Trump. August 21, 2022, NBC News slipped up and showed a poll where 74% of Americans said the “country was on the wrong track.” Fake news and fake polls abound in the pro-Biden psyop. The real approval number, according to Martin Armstrong, is 12%. Let that sink in, and that will explain a lot.

We are just getting started with the deadly and debilitating effects of the CV19 bioweapon injections. We have children getting heart disease and people dropping dead because of the experimental shots. Now, more and more people are experience long blood clots being pulled from their veins. An Ohio junior in high school was the latest victim to have a 6-foot blood clot pulled from his leg. His football career is over, but will his life be cut short too?

Doctors say they are “baffled,” but are they just covering up to keep their jobs? This is too stupid to be stupid. When are doctors going to stand up and say stop the shots. It’s killing and maiming people in very large numbers. It’s going to get much worse, and that is the science and not the political science or the science fiction surrounding the Big LIE of the CV19 “vaccines.”

There is much more in the 50 minute newscast.

Join Greg Hunter of USAWatchdog.com as he talks about these stories and more in the Weekly News Wrap-Up for Friday September 9th 2022.