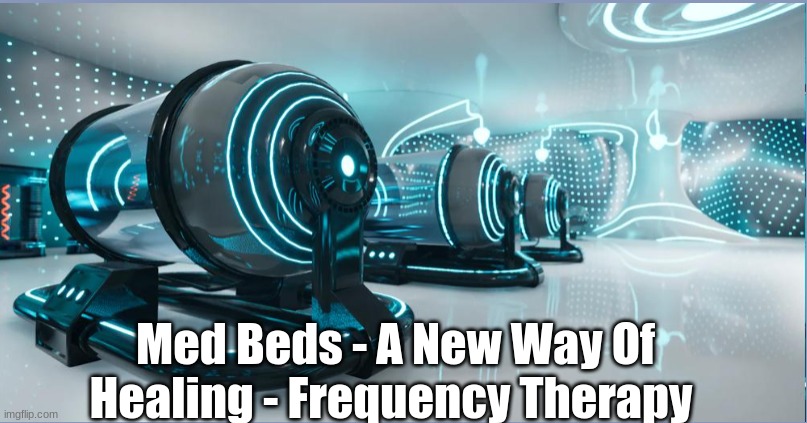 A new way of healing.

Within a year, most hospital procedures are obsolete.

Anyone who is not on Earth’s specific frequency to awaken and heal, ie open to incoming ascension energies; the inner waves of harmonic resonances that lead to unity consciousness will have to transform or fail. This consists of your body and soul, and it’s not fantasy, it’s science and measurable, real fact, called Schumann resonances which are global electromagnetic resonances, generated and incited by energies in our universe and perceptible during lightning strikes.

The older we get; more errors occur in coding the DNA. As a result, the general condition of our bodies declines over time. We age, we get wrinkles, we get sick and eventually we die.

Method for treating physical complaints through radio frequencies, it is aided by highly advanced and avant-garde equipment, to treat physical complaints or to prevent, reduce and cure. Intentionally hidden from the public eye as it is not benefiting Big Pharma.

Some feel it as vibrations, some don’t. Each matter has its own frequency; just touch the table or window and you will hear the difference in sound, which is the frequency of each. Likewise, atoms, molecules and cells have their own frequency. If these frequencies match the frequency of the body’s cells or molecules, a resonance is generated. This is called bio-resonance. Living matter reacts to any frequency that corresponds and consequently can be received.

With each cell division, errors in DNA copying occur, and even after repair by the cell’s own DNA repair mechanism, some of the errors remain. As a result of changes in DNA over time, cells can no longer perform their original function.

This, among other things, is called an autoimmune reaction that increases, along with an increasingly worse presence of pathogenic microorganisms. There is a protection mechanism against new mutations, causing irreparably damaged cells to be put into a silent mode, called senescence, the organism’s aging, a kind of hibernation, stopping new cell divisions.

These senescent cells increase in number during aging and in themselves have a degenerative influence on their immediate environment. In short, both the quality and quantity of functioning cells decrease. – New research is underway allowing removed senescent cells to be replaced by functional cells.

Frequency therapy applies a multitude of different frequencies simultaneously. It is a harmless homeopathic treatment, comparable to rewriting a hard drive in a computer, but in this case the rewriting of the immune system and DNA structure that are completely reprogrammed eliminating autoimmune diseases that, among other roots, are caused by the injection of mRNA. More information about treatment is available by email.

Within a year, most hospital procedures are obsolete.

President Donald Trump told the nation on June 14, 2020, “Within a year or so, nearly all hospital procedures will be obsolete.” Each city will have many medical beds and Tesla chambers capable of healing and repairing DNA along with curing all diseases. As; Age regression, up to 30 years. No more Cancer, Autism, Alzheimer’s, Fibromyalgia (fi · bro · my · al · gi · a) a condition that causes joint pain throughout the body, sleep problems, fatigue and often emotional and mental distress, and many other shortcomings.

The proof is in the signed executive orders. Medical beds have the ability to regenerate missing organs like gallbladder, kidneys or lymph nodes etc. Through the use of spectra and frequencies of light.

The Holographic Medical Pods or Med Beds are automated stations where a medical specialist healer selects the type of procedure to be performed from the computer’s database, the patient lies down on the Pod or Bed and the Machine performs the medical operation or procedure. Finally, the lasers close the entry points where the procedure started. Med Beds diagnose, treat and perform a wide range of surgical procedures with ultra-thin laser incisions that are guided by 3D anatomical scanning. 3D Scan has refractory lenses that make live scans of the body to perform various medical procedures. The technology of Holographic Medical Pods

It’s not from planet Earth. It is not a technology created by a humanoid. It is a technology that was given to humanity by extraterrestrials from other worlds. A Med Bed is based on the energy of tachyon particles, which are hypothetical faster-than-light particles and plasma energy. Plasma energy comes from the universe, balancing the planets to keep them in their positions so they don’t collide with each other. In other words; the solar system is in balance with itself and with all the planets.

Medical beds have controllable Artificial Intelligence (AI) so it can’t go out of control and run wild, in fact a computer. It works like a magnetic resonance imaging – MRI, which makes a magnetic oscillation and an MRI of the body to diagnose diseases.

Med Bed examines the skin, muscle tissue, every organ and everything else in the body. Shows everything – down to the micron level of blood. In fact, it identifies your DNA and does a complete internal analysis of the body. In doing so, it detects any disease and any genetic imperfection. For example, stage 4 leukemia on a Med Bed is cured in about 2.5 minutes without any side effects.

Hidden Med Bed Technologies, Quantum, Anti-Gravity Propulsion, Replicators Again, Med Bed technology has been “suppressed” and “hidden” from the public for a long, long time. This technology is not available for purchase or service to the general public until after the Deep State Cabal is rendered powerless.

Fortunately, because of the recent planetary shift from 3D to 5D and the growing demand for transparency from the human collective consciousness; brave people are stepping forward to reveal what has been hidden for decades, even centuries, and probably thousands of years. The global transition for decades and has information on many topics that the general public is not aware of, including, but not limited to, gifts of extraterrestrial technology to humanity such as the Quantum Financial Monetary System, Anti-Gravity Propulsion, Replicators, and Medical Beds.

It’s not hard to imagine that there are suppressed technologies today that are being purposefully hidden from the common masses for the benefit of those at the top of society; those who are “in charge” of the system to maintain its control over everything – natural resources, institutions, the military, political and even psychological aspect of each individual. What is difficult to accept, however, are claims that these advanced technologies are not from Earth, but were given or left by extraterrestrial beings existing on other planets.

There are three types of medical beds: Holographic; Regenerative that regenerates tissues and parts of the body and, finally, Re-Atomization Med Bed that in about two to three minutes regenerates the entire human body, from head to toe. 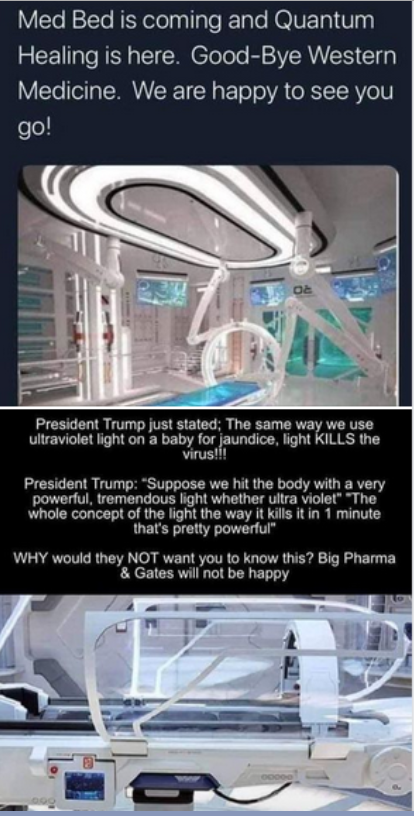 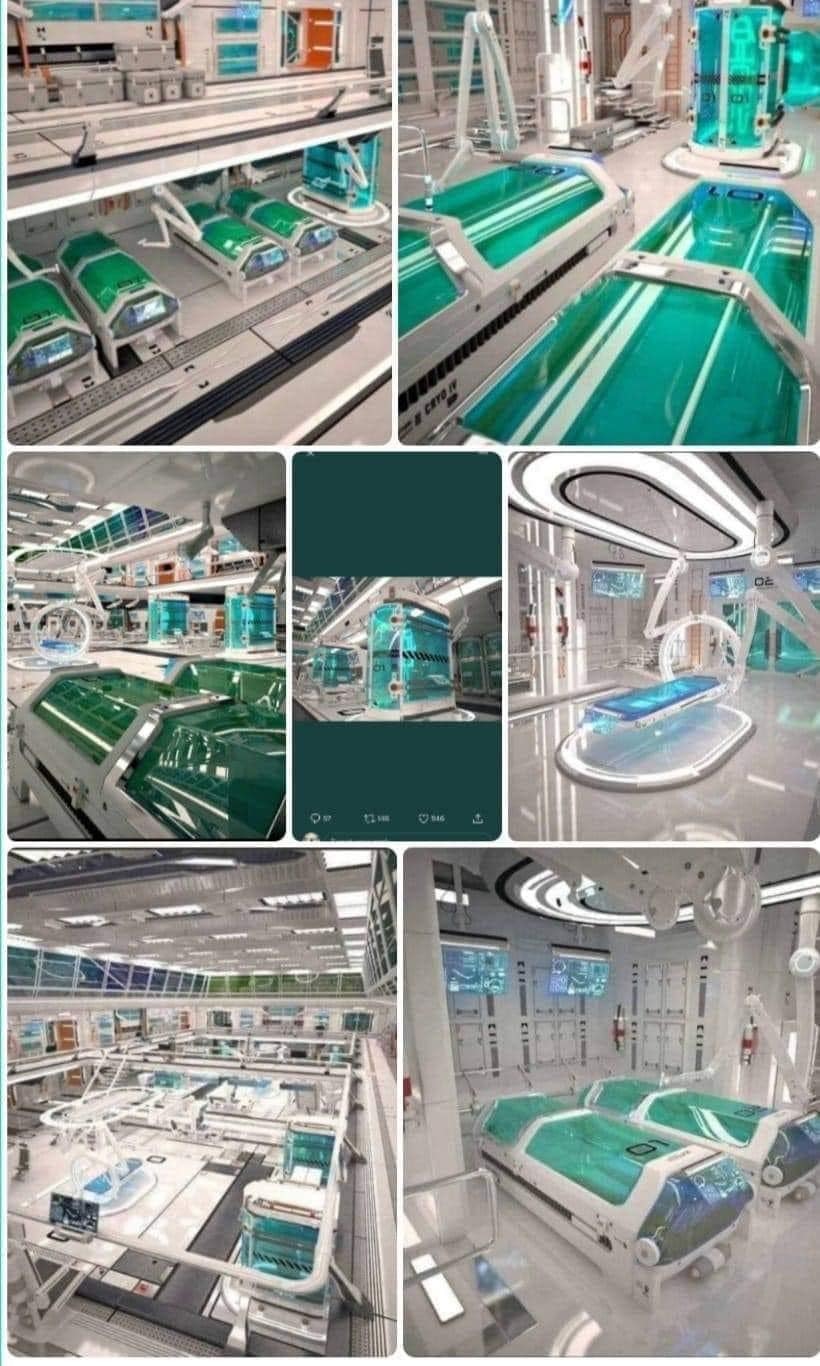 What does this advanced technology mean to an 80-year-old? He/she can turn 30 again in less than three minutes. Fifty years ended his life. Now, she can have children again. They can have a new family if they want to. It seems Med Bed technology is a perpetual fountain of youth.

Med Bed technology looks at the body and corrects imperfections. This technology has been around for some time. He was kept hidden from the human race for a long time. Some people may think that this healing technology is science fiction. Too good to be true. Nor is it very complicated to manufacture these medical beds in quantities and distribute them to all desired places. Jared Rand says;

“When you’re in a medical bed, you don’t experience any pain, you don’t experience radiation. It’s not like an evil event. You fall into a deep sleep. There is no injection, no needles or anything. You wake up and look in the mirror and your scary skin is gone. Your white hair is the color it was when you were twenty (20 years old). It’s the same for your sight, your hearing, your taste, your smell. Everything is restored to a perfect youthful state again.”

This is the new era for the new Earth and the new human race. It’s the complete opposite of what we live in. Those technologies are already here. It’s a matter of getting them safely to the people who can use them. ” Finally, as of the year 2020, Med Beds technology is not available to the general public.

3D printers are the forerunners of replicators. Speed ​​this up a hundred times and you’ll have a Med Bed replicator. Everything in creation and is composed of plasma energy. Replicators are otherworldly technology, given to us by the Galactics, who are sharing this technology with the human race. This technology is coming! It will be available everywhere. You could have a phenomenal future.

There is such a long list of genetic diseases and disorders that it is unbelievable! Once you understand how DNA, RNA, mRNA and proteins work, you will soon understand that all diseases are genetic mutations . These mutations, or variants, are all caused by something that changed the information in the RNA, which the mRNA gave the protein to tell the cell what it would become.

Think about; Vaccines cause genetic diseases; since the 50′s these are the causality of all variants/mutations that cause a genetic disorder. In other words, the medical institution causes all diseases on earth, although none of them cures! They have destroyed the quality of life for billions of people over the years.

The world of humanitarian initiatives, we are here to empower and educate people and unite humanity to instill awareness, eliminate ignorance and act to create a better world.