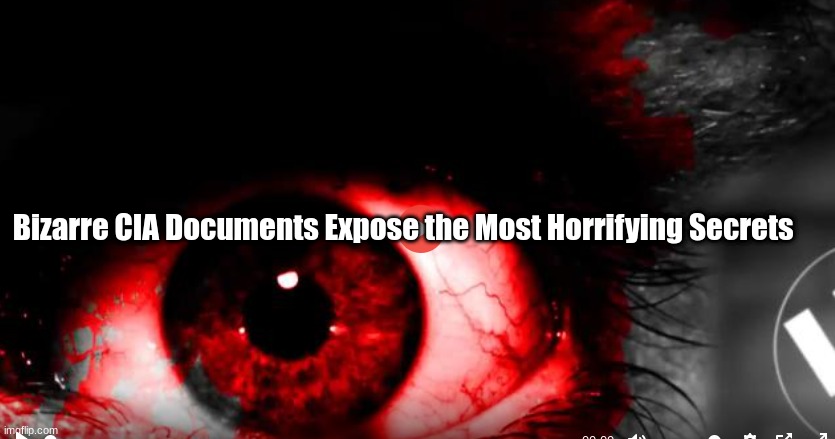 He gets it wrong at the start. The CIA was never about protecting America from foreign and domestic enemies, it was about protecting the elite and the bankers and furthering their agenda and profits at the expense of the U.S. and other poorer nations and people. Nothing but a bunch of sick, perverted, child molesting bastards.

The Central Intelligence Agency has attracted plenty of criticism for its methods and motives over the years. Declassified documents have only fueled this criticism, revealing all manner of unethical and illegal conduct hidden in the CIA’s closet.

Many of the declassified secrets are more evil and absurd than creepy.

Wacky plots and absurd technology like bird spy drones, catfish spy drones, dragonfly spy drones are among the stranger revelations from declassified archives. However, some of these documents reveal far more gruesome secrets. Plans for political assassinations, mind control, torture, and even inciting international wars reveal that the CIA has gotten up to far more than the public ever suspected.

Today, we look at some of the darkest secrets of the CIA that were exposed thanks to declassified documents.