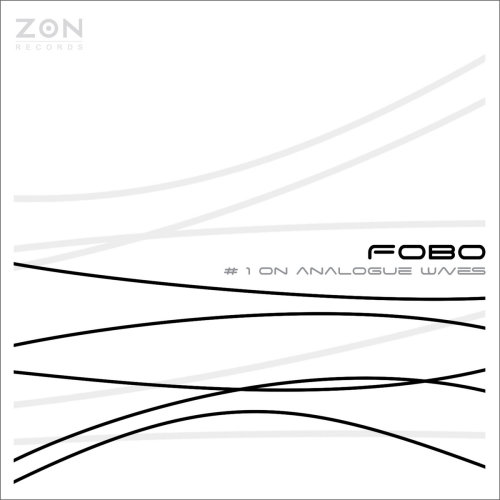 The producers of electronic-krautrock known as Fobo have released their latest official album, “#1 On Analogue Waves.” Half of Fobo is house-music legend, Jo Bogaert of Technotronic (“Pump Up the Jam,” “Get Up,” “Body to Body”). The other half is synthwave producer titan Yannic Fonderie (Milow, Axelle Red, Calogéro). “#1 On Analogue Waves” contains 11 original Fobo tracks for an approx. listening time of one hour. It has been proudly published as an independent release without the involvement of the corporate music industry on the Zon Records music label. A starting project expertly composed using only two analog synthesizers, “#1 On Analogue Waves” introduces Fobo as the most legitimate synthwave project in recent memory.

Zon Records notes that Fobo’s “#1 On Analogue Waves” was recorded using only two analogue Minimoog synthesisers and an analogue-to-midi step sequencer (see below for technical notes).

“Our basic idea,” writes Bogaert, “was to reduce options drastically by limiting the sound sources to two monophonic synths and see how far this could lead us. We also chose to work with an analogue type of sequencer to kind of re-translate the nineties to the late sixties and seventies when the use of synthesisers was new and adventurous and led to a new kind of music.”

This anachronistic method results in a startlingly minimalist, clean sound which offers up its emotionally evocative, often highly narrative musical composition in a way any music fan can appreciate. Fobo go on to say this minimalism came out of a desire to unpack the layers of technology thirty years of unbounded scientific progress have slathered onto music.

“I guess it was a reaction to the overdose we both had by being surrounded, daily, by all kinds of synths and samplers and computers,” they write. “There is nothing wrong with those, but I must say that stepping back in time was great fun!”

Fobo note, also, the massive popularity of the sound they’ve helped pioneer over the course of their careers.

“We never could have imagined,” they write, “in 1993 when digital was the norm, that analogue synths and sequencers would have a complete revival and become so prominent in today’s technology-driven music scene.”

Belgium’s Zon Records describes itself as “an electronic-music record label not restricted to subgenres. We are located in Brussels /Belgium. We do ambient, dance, electro, electronic krautrock, techno, lounge, new wave, electronic, progressive and more.”

“#1 On Analogue Waves” by Fobo on the Zon Records label is available from quality digital music stores online worldwide now. Get in early, krautrock fans.

The two analogue Minimoog synthesisers and analogue-to-midi step sequencer used for “#1 On Analogue Waves” provided 16 linear steps of control voltages/triggers on each of the 3 rows. These Minimoogs were multitracked to an Otari digital multitrack recorder and recorded and mixed on a Euphonix CsII console. The only other additions were a TR-909 hihat on one track and an Oberheim OB-8 drone on another.