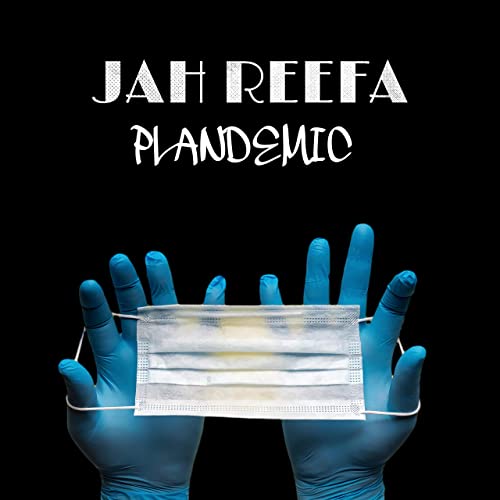 The songwriter and producer of reggae and dancehall music known as Jah Reefa has released his latest official single, “Plandemic (One Track Riddim).” The single chas been proudly published as an independent release without the involvement of the corporate music industry on the NewVineyardsMusic record label. Legit, unique, and a clarion “Plandemic (One Track Riddim)” showcases Jah Reefa as one of the most intriguing reggae and dancehall music artists of the year so far and promises that he has plenty more where that came from.

Jamaica’s Jah Reefa cites as main artistic influences Bob Marley, Vybz Kartel, Bounty Killer, Kendrick Lamar, Tupac Shakur and Eminem. Reefa’s own sound takes elements from each of these and adds something fresh and unique for a result unlike anything today’s music fans have heard before. With an emphasis on true island style and undeniable Jamaican groove, “Plandemic (One Track Riddim)” by Jah Reefa has a little something for every fan of the sound.

Asked to describe the overall meaning of “Plandemic (One Track Riddim),” Jah Reefa writes, “This single shares a positive and educational message in a time of need relating to the COVID-19 and overall of ones well-being.”

Jah Reefa (born Desmond Jason Brown 4 May 1989) grew up among a music-loving family playing football, cricket and entering talent shows. While attending Seaforth High School in the Cayman Islands, he continued to develop his love for music by writing original songs and recording at Black Gould Studio “every-night after football practice.”

“That’s where I learned to develop my own style and took the term ‘lyrical content’ to a new heights,” writes Jah Reefa of this time.

The current official bio of Jah Reefa notes that he “brings a unique hardcore flavor to the dancehall scene and is creating local waves having opened for both Damian Marley and Shaggy.”

“My love for music has brought me on a journey filled with excitement and good people,” Reefa writes. “It’s a movement far beyond my control. I’m just the messenger delivering the message. Teamwork make the dream work so I always take the time out to thank my team, big up Rani Ras and Young Kush, everybody know themselves.”

“I’m not waiting on anyone to hand me a thing,” says Jah Reefa. “I work hard, that’s all I know. It’s how I was raised.”

“Plandemic (One Track Riddim)” by Jah Reefa on the NewVineyardsMusic label is available from quality digital music stores online worldwide now. Get in early, reggae and dancehall music fans.