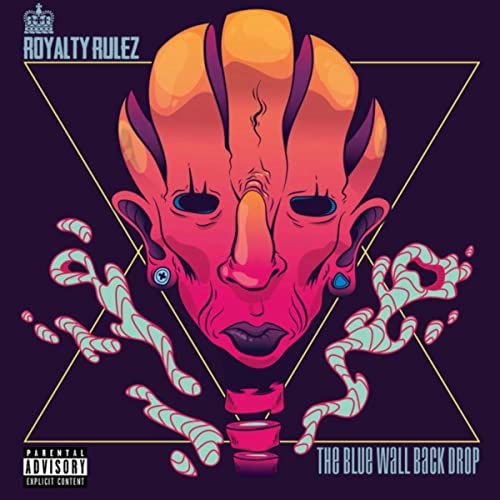 The songwriter and producer of rap and hip-hop known as Royalty Rulez has released his latest official EP album, “The Blue Wall Back Drop.” It has been proudly published as an independent release without the involvement of the corporate music industry. Razor-sharp, eloquently performed and brutally composed, “The Blue Wall Back Drop” showcases Royalty Rulez as one of the most intriguing hip-hop artists of the year so far and promises that he has plenty more where that came from.

A popular single from “The Blue Wall…” by Royalty Rulez has been released with an official music video, “Dis N Dat” (link provided below).

London’s Royalty Rulez cites as main artistic influences Jay Z, Nas, So Solid Crew, and the 1990-2009 era of rap music. Royalty Rulez’s own sound takes elements from each of these and adds something fresh and unique for a result unlike anything today’s music fans have heard before. With an emphasis on precise studio production, intuitive verbal gymnastics and pointed urban poetry, “The Blue Wall Back Drop” by Royalty Rulez has a little something for everybody.

Asked to describe the overall meaning of “The Blue Wall Back Drop,” Royalty Rulez writes, “The Blu Wal Back Drop is a mixture of dope rap and hip hop songs that bridge the gap between the new and old school. A mixture of flows while still pushing through a musical self-discovery. Staying true to yourself is the overriding message on this EP.”

Royalty Rulez’s repertoire includes his popular “So Tired” single which dropped in January of 2020 with an official music video (link provided below). The track also appears on “The Blue Wall Back Drop.”

While Royalty Rulez (AKA Jakari, Prince Jakari, Double R) lives, writes, records and performs in the UK, his experience is just as gritty as an artist from the 1980s Bronx underground. His current official bio speaks of this:

“Raised in the streets of London, no one can say his journey hasn’t been tough or difficult, to say the least. Jakari counts himself as lucky to still be alive and not in jail. From London fields to Leytonstone to Shooters Hill, Jakari is quite familiar with gang culture, having been stabbed, himself. Yet there is a maturity in his music that doesn’t focus exclusively on street life. Political and social issues are very important to Jakari as he regularly raps about this in his music.”

Royalty Rulez has also spoken about struggling with his health. A young survivor of cancer two times over already, the rapper even had a bone-marrow transplant at the age of 19.

“People do it for the clout, people do it for the fame, but he stays true to his art,” his bio says. “Although Jakari’s music is hip hop at it’s core, he has a way of getting you engrossed in his music as he gets you to think twice on almost every bar on some of his tracks, like being in a ‘hip-hop retreat.’ His melodic flows bring that RnB flavour while still managing to keep that raw essence of rap.”

“The Blue Wall Back Drop” by Royalty Rulez is available from quality digital music stores online worldwide now. Get in early, rap and hip-hop fans.

“The Blue Wall Back Drop” by Royalty Rulez –