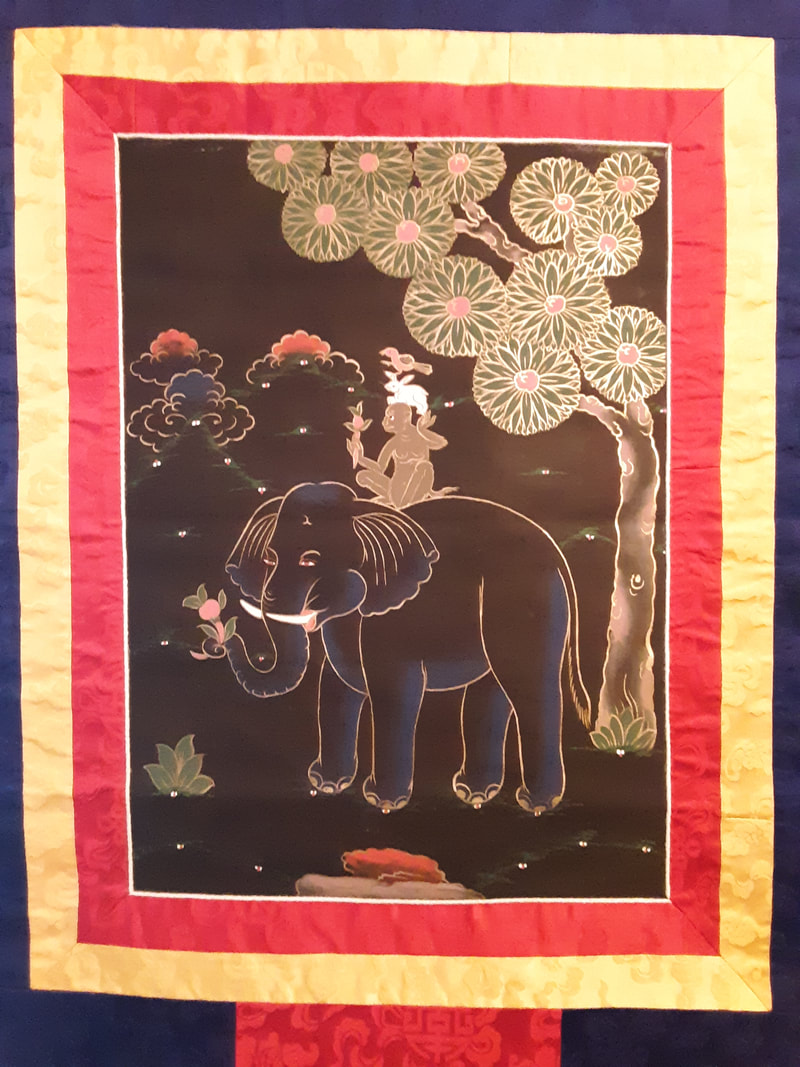 The 4 Dimensions of The Tree of Life


Of all the ways to find elusive relationships and correspondences among diverse groups the exploration of symbolism and numerology are useful tools. Exploring how diverse cultures viewed symbolism and spirituality mutually can be revealing of our own shared human consciousness and our own individuation, self-development. Of all the numbers which might be used to find correspondence, four is the most potent and prolific. The celebration and repetition of numbers and numerical sets of the same number can be revealing as can exploring shared celebrated symbolism.

I explore such sets in The Matrix of Four, through 4, and more specifically through the duality of polarity. One of the tools as a set of four that has helped me in gaining and refining perspective concerning exploration of innumerable concepts is the four PaRDes or four paths to paradise, the paradise of comprehension. The Four PaRDeS propose there are four manners in which to interpret spiritual and/or religious ideas and stories. The 4 PaRDeS is a set of interpretation, there is the literal, allegorical, comparative and secretive.

One of the most intriguing and common symbols celebrated among diverse peoples is the Tree of Life. The Tree of Life symbol unifies diverse cultures of humanity and also symbolizes the very unity of numerous ideas. Our mutual dependence and reverence for trees is obvious, deeper the idea of a tree of life is reflective of the microcosm and macrocosm, the individual life and the universe itself. The Tree of Life is symbolic for our genealogy and the genes of our very spine.

I recently was gifted a Buddhist Tapestry of the Bhutanese and Buddhist fable The Four Friends or Four Harmonious Friends. Every time I hear of a set of four in cultural phenomena, philosophy, and metaphysics I take note. There is most always a set of revealing principles and doors for comparative and even secretive lessons. I admit that when I first heard the fable of The Four Friends I did not recognize its implied lessons and its value right away, as it is with many of the lessons of such sets of four, and many lessons at large. To perceive the allegorical beyond the literal requires refined sensitivity, and further sensitivity is required for the perception of the comparative and the secretive lessons.

As with most ancient stories there are numerous slight variations to its telling. I will impart it simply in a manner that underlines one of the more esoteric lessons, as subtly as it would be, in its variant.

The Four Friends are the elephant, monkey, hare and peacock. The four friends eat from the same tree. A debate one day arises as to who has more possession of the tree. The elephant points out he has guarded the tree since it bore fruit. The monkey noted he had frequented the tree and fertilized it since its branches were very small. The hare had been digging underneath it since it first developed roots and watered the tree. The peacock revealed he had eaten the very fruit from which the seed of the tree sprouted, dropping the digested seed from which the tree grew.

The literal lessons in the fable of The Four Friends are of cooperation needed and interdependency illustrated in nature. The allegorical lessons in the fable reveal that each of the four characters represent elements and each a character trait required to develop ourselves; the elephant represents strength, the monkey wisdom, the hare speed, and the peacock vision. Further the peacock allegorizes Buddha.

The comparative lesson is a subtle and powerful one that reveals the beauty in the spirituality of humanity in general and highlights the depth of the fable. Mostly we detect the more basic and more largess energy of a situation. Mostly we think the elephant is the most powerful. However, it is the most subtle that is the most powerful, the peacock. The delicate nature of the airy bird is ultimately responsible for the initial and first layer of the tree.

The disparate Tree of Life of the Qabalah holds many lessons. One of the most significant aspects is the corresponding Four Worlds, or four dimensions, or four friends. The Four Worlds of Tree of Life are each more and more subtle and each more and more originally responsible for what we interpret as reality. The more and more subtle dimensions are more of the origination of the more gross, more physical dimensions. The Four Worlds of the Kabbalah are sometimes known as Emanation, Creation, Formation, and Fabrication. We exist in the world of fabrication, the material and physical. For more…

The subtle correspondence of the fable of The Four Friends and the Four Worlds of The Tree of Life raise the value of each as further tool of unity consciousness and unity understanding. Both exhibit the exact same lesson; all originates in the subtle, the metaphysical, beyond physical. For more on The Four Worlds and four dimensions, check out or support the books below. 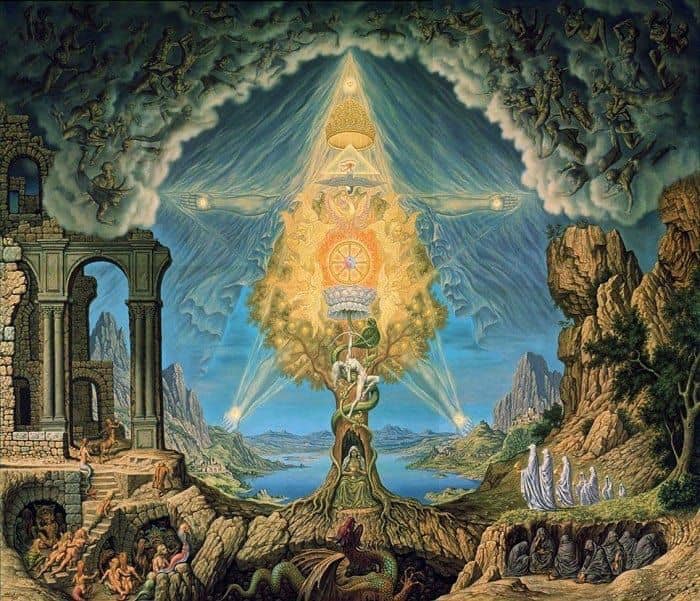