Mystery of sheep walking in circle for

In 2009, toads near L’Aquila, Italy deserted their mating sites prior to an earthquake. They did not return until a few days later after the last of the aftershocks. Researchers suggest that the toads may have been able to detect changes in the planet’s atmospheric electrical fields. Changes in the ionosphere occurred prior to the earthquake and is thought to be related to either radon gas release or gravity waves.

By reviewing motion-sensor camera activity, scientists in Yanachaga National Park, Peru noticed behavioral changes in the birds and mammals at the park prior to an earthquake in 2011. The animals exhibited a sharp decrease in activity for up to three weeks prior the quake. The lack of activity was even more pronounced in the week prior to the event.

The researchers also noted a change in the ionosphere seven to eight days before the earthquake.

In 2012, researchers studying goat behavior on Mount Etna in Sicily noticed that the goats became nervous and fled hours before a volcanic eruption. The researchers believe that the goats could detect early warning signs of the eruption such as tremors and the release of gases. It was also noted that the goats only ran away prior to violent eruptions and not in response to every ground tremor.

The researchers are now using GPS trackers to monitor animal movements worldwide in the hopes of being able to predict natural disasters more reliably.

DAY OF THE ANIMALS 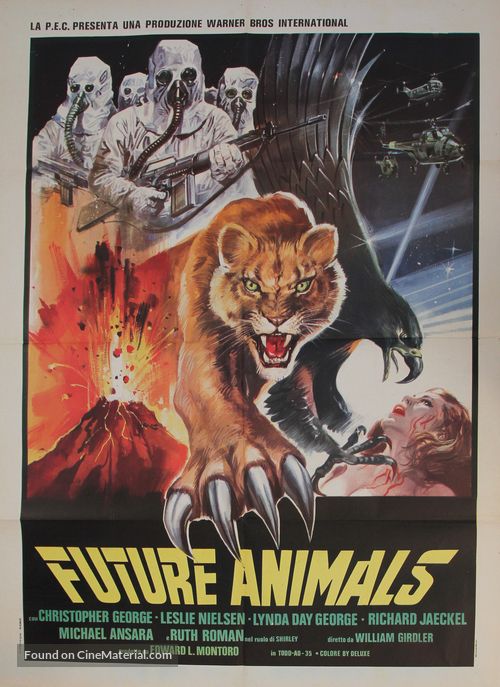 And I looked, and behold a pale horse: and his name that sat on him was Death, and Hell followed with him. And power was given unto them over the fourth part of the earth, to kill with sword, and with hunger, and with death, and with the beasts of the earth.” —Revelation 6:8 END TIMES JUDGMENT

It’s nothing out of the ordinary to meet opposition to peace in any gathering but nothing drills the message home more than seeing birds of prey attack doves released by the Vatican as a sign of peace.

See picture of the crow attacking the doves below.

This happened right before tens of thousands of worshippers who had gathered at the St. Peter’s Square during the Angelus Prayer earlier today.

Pope Francis was flanked by two Italian children who released the doves from an open window of the Apostolic Palace.

One dove lost some feathers as it broke free from the gull. But the crow pecked repeatedly at the other dove. It was not clear what happened to the doves as they flew off.

Attack: Two white doves had been sent fluttering into the air as a peace gesture by Italian children

While speaking at the window beforehand, Francis had appealed for peace in Ukraine, after at least three people were killed during the latest clashes in the two-month crisis.

Police and demonstrators in Kiev fought again as protests against President Viktor Yanukovich’s abrupt turn away from the European Union towards Russia, Ukraine’s former Soviet overlord.

INCREDIBLE! As two doves were released while the pope waas declaring peace, one was attacked by a seagull, another attched by a black crow! ARE YOU KIDDING ME?

Doves have been symbolic of peace and also of the Holy Spirit since the beginning of time (maybe even before).

Like Paul says, something Biblical is going on here!!

End times man laughs at the idea he may be judged by an Almighty God. But that doesn’t mean judgment is any less real. One of God’s judgments is wild beasts.

“For thus saith the Lord GOD; How much more when I send my four sore judgments upon Jerusalem, the sword, and the famine, and the noisome beast, and the pestilence, to cut off from it man and beast?” –Ezekiel 14:21 This was true 4000 years ago in Israel. “I will also send wild beasts among you, which shall rob you of your children, and destroy your cattle, and make you few in number; and your high ways shall be desolate.” –Leviticus 26:22 One of God’s judgments on man in the end times is wild beasts of all types (those in the water, on the land and the fowls of the air).

THOUGH modern man scoffs at the idea of wild beasts being anything but a minor inconvenience, the Bible predicted such scoffers, their scorn and their ultimate comeuppance and judgment IF they do not repent. “Knowing this first, that there shall come in the last days scoffers, walking after their own lusts, And saying, Where is the promise of his coming? for since the fathers fell asleep, all things continue as they were from the beginning of the creation.” –2Peter 3:3-4

As anyone that reads the Bible knows the tribulation will be a terrible time on the earth. Many HORRIBLE THINGS will happen including earthquakes, volcanoes, great plagues, demonic powers, the Antichrist rules and people dying by the millions. Jesus Himself WARNED that it would the greatest judgment that the world has ever had. (Matt. 24:21).

Please note the following that will take place in the tribulation -