We come to Sinai in a movement of repentance and quest bring to together leaders from the world’s major religions to put forth a prophetic interreligious call to action with ‘Climate Justice: Ten Universal Commandments.’ Behold, Chrislam! 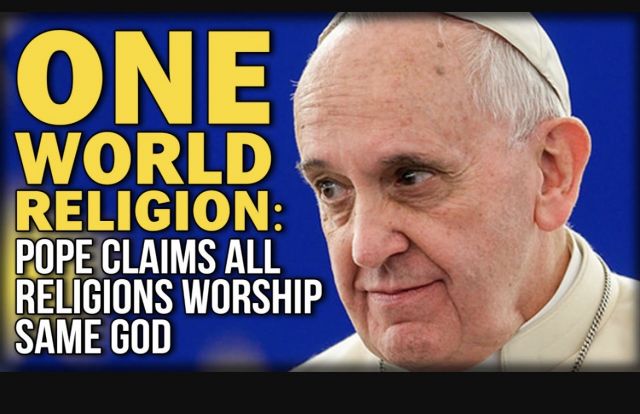 The False Prophetic in Revelations for the AntiChrist

Prominent religious leaders from all the major world religions are meeting on Mount Siani Nov 6th -18th for what they call a Prophetic Call for Climate Justice and Ceremony of Repentance.

They have also announced a new ten commandments in the name of climate change. The Climate change agenda is a trojan horse being used by the antichrist to usher in a one-world government, a one-world religion, and the mark of the beast system.

It’s time to put on the full armor of god, and never take it off under any circumstances.

It is time to fully prayer up because the enemy will be looking for any weakness or crack in your armor. It is time for the church to cast out the demon of religion and these religious leaders working with the UN and the WEF to bring forth the antichrist system. 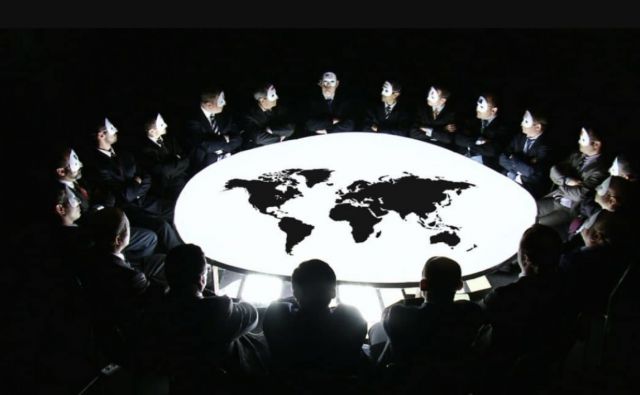 Is NATO the beast of Revelation with 7 heads and 10 horns ?

The one-world religion described in Revelation 17:1–18 as “the great harlot” will be part of the end-times scenario. The term harlot is used throughout the Old Testament as a metaphor for false religion. The actual identity and makeup of the religion has been debated for centuries and has resulted in a number of different views among Bible commentators and theologians. There are convincing arguments for the one world religion being Catholicism, Islam, the New Age movement, or some form of religion not even invented yet, and an internet search will produce many more possibilities and theories. There is no doubt that some sort of one-world religion under the false prophet will be a part of the end times, perhaps made up of a number of different religions, sects, and isms that are around today. Revelation 17:1–18 gives us several characteristics of the one-world religion.

The false religion will dominate all the “peoples and multitudes and nations and tongues” of the earth (Revelation 17:15), meaning that it will have universal authority, no doubt given by the Antichrist, who rules the world at that time. Verses 2–3 describe the harlot as committing adultery with the “kings of the earth,” referring to the false religion’s influence among the world’s rulers and influential people.

Whether they will be martyred at the hand of the Antichrist or by being systematically starved, believers who are on the earth during the tribulation will experience the wrath of the harlot and her power source, the Antichrist. Those who oppose the worldwide religion will be killed, and those who refuse to worship the Antichrist by accepting his mark will be unable to buy and sell, thereby making survival very difficult (Revelation 13:16–17). Eventually, the harlot will lose favor with the Antichrist, who will want to receive the world’s worship for himself. He will not share the adoration of the world with the prophets and priests of the false religion, no matter how obsequious or fawning they may be. Once the Antichrist gains the world’s amazed attention by his miraculous return from the dead (Revelation 13:3, 12, 14), he will turn on the false religious system and destroy it, establishing himself as God. The deception, Jesus tells us, will be so great that, if it were possible, even the elect would fall for it (Matthew 24:24).

Now you can Pay With Your Hand Or Face Rev 13

House of One World Religion

2023 Airport to Third Temple 70 nations to come to

Israel is upgrading its already impressive international airport. The government is also working on a railway infrastructure that will bring international travelers directly from the airport to the Temple Mount. This will enable all 70 nations to come to worship God in Jerusalem’s House of prayer, a vision that the government has already hinted is their true intention.
The Director General of the Airports Authority, Hagai Topolansky, announced that in 2023,

Ben Gurion International Airport will open a new mega-terminal. “In the western part of Terminal 3 at Ben Gurion Airport, another advanced terminal will be built that will combine innovation and efficiency and expand the services available for passengers going abroad. Starting next year, Terminal 3 will go through a digitization process that will make it possible for passengers to manage their departures abroad easily and independently,” Topolansky said. The new terminal will be 30 meters wide and 130 meters long, adding 22 check-in counters, a security check system, and conveyors connected to the HBS systems (hold baggage screening). “Our main goal is to improve the services provided to passengers through a strategy based on investments, innovation, and long-term vision that digitalize and improve the airport and, thus, improve services at Ben Gurion Airport and the flight experience for passengers,” added Topolansky. It was also announced that with the approval of the Authority’s board and management, the engineering division began to plan the construction of the fifth wing for aircraft parking in the airport, adding areas for checking passenger baggage, connecting baggage conveyors, establishing additional food complexes, and establishing additional VIP rooms. two million passengers will pass through the airport during September. In October, approximately 2 million more passengers are expected to pass through on international flights. In 2019, Ben Gurion handled 24.8 million passengers. The airport is considered among the five best airports in the Middle East due to its passenger experience and high level of security. Transportation infrastructure will play an essential role in the Third Temple as a “House of Prayer for All Nations.” This was clearly in the minds of the Jerusalem municipality when they distributed brochures in the Ultra-Orthodox neighborhoods of Jerusalem in July to address concerns about increasing the light rail system. The brochures featured religious Jews riding the light rail to the Third Temple, bearing animal and vegetable sacrifices

Top Rabbi PASS AWAY; “LAST SIGNPOST BEFORE MESSIAH”, ACCORDING TO TALMUD

Christmas hanukkah Antichrist,2022 Events coming Movies End of Days with end of days Arnold Schwarzenegger November 1999 with End of Days, a Thanksgiving turkey if ever there was one. Overcooked and bloated with stuffing, this ludicrous thriller attached itself to the end-of-the-millennium furor that kicked in a year too early. A prologue begins in 1979 with panic in the Vatican when a comet signals the birth of a child who will, 20 years later, become the chosen bride of Satan,

The Beast out of the Earth

11 Then I saw a second beast, coming out of the earth. It had two horns like a lamb, but it spoke like a dragon. 12 It exercised all the authority of the first beast on its behalf, and made the earth and its inhabitants worship the first beast,whose fatal wound had been healed. 13 And it performed great signs, even causing fire to come down from heaven to the earth in full view of the people. 14 Because of the signs it was given power to perform on behalf of the first beast, it deceived the inhabitants of the earth. It ordered them to set up an image in honor of the beast who was wounded by the sword and yet lived. 15 The second beast was given power to give breath to the image of the first beast, so that the image could speak and cause all who refused to worship the image to be killed. 16 It also forced all people, great and small, rich and poor, free and slave, to receive a mark on their right hands or on their foreheads, 17 so that they could not buy or sell unless they had the mark,which is the name of the beast or the number of its name.

18 This calls for wisdom. Let the person who has insight calculate the number of the beast, for it is the number of a man.That number is 666.

The End of the World takes seven-years. Moses and Elijah appear preaching in Jerusalem for 42 months (Rev. 11:3) until Antichrist slays them (Rev. 11:7). Then Antichrist rules for another 42 months (Rev. 13:5) until Christ casts him alive body and soul into the Lake of Fire at Armageddon (Rev. 19:11-20).

The End Times Timeline (First Half):

3 Let no one deceive you by any means; for that Day will not come unless the falling away comes first, and the man of sin is revealed, the son of perdition,
4 who opposes and exalts himself above all that is called God or that is worshiped, so that he sits as God in the temple of God, showing himself that he is God.(2 Thess. 2:3-4 NKJ)

3 “And I will give power to my two witnesses, and they will prophesy one thousand two hundred and sixty days, clothed in sackcloth.”
4 These are the two olive trees and the two lampstands standing before the God of the earth. (Rev. 11:3-4 NKJ)

Moses and Elijah slain then rise from the dead and ascend into heaven:

7 When they finish their testimony, the beast that ascends out of the bottomless pit will make war against them, overcome them, and kill them.
8 And their dead bodies will lie in the street of the great city which spiritually is called Sodom and Egypt, where also our Lord was crucified.
9 Then those from the peoples, tribes, tongues, and nations will see their dead bodies three-and-a-half days, and not allow their dead bodies to be put into graves.
10 And those who dwell on the earth will rejoice over them, make merry, and send gifts to one another, because these two prophets tormented those who dwell on the earth.
11 Now after the three-and-a-half days the breath of life from God entered them, and they stood on their feet, and great fear fell on those who saw them.
12 And they heard a loud voice from heaven saying to them, “Come up here.” And they ascended to heaven in a cloud, and their enemies saw them. (Rev. 11:7-12 NKJ)