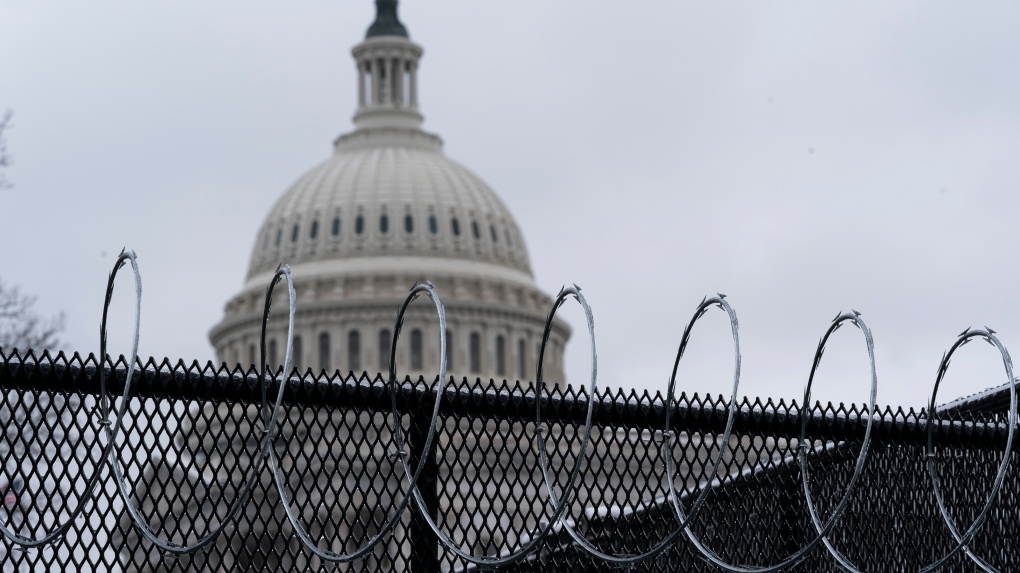 TRUMP ODE TO THE CORPORATION!
january 20, 2021 the marshall report
D.C. is fenced off and  the President is never going back to the White House. But not for reasons you may be thinking. 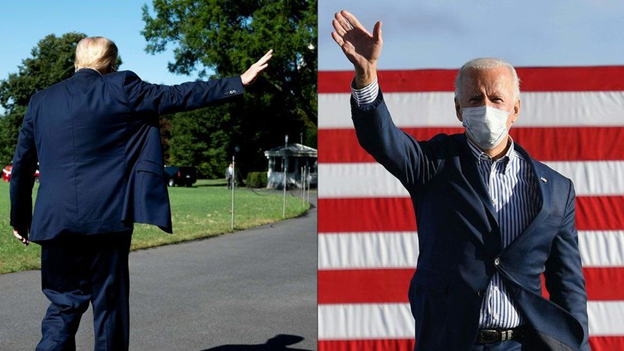 Fear not, there will be a new capitol built and an end to income taxes paid to the tax collectors of the Corporation that is now in the hands of a new administration. They went to all the trouble to steal a corporation whose assets are in the process of being seized.  Most did not see this coming for they did not even know their nation was a Corporation. But, it is indeed but now, no more are the states subject to it. Please read on to understand  the nature of the battle we are in. 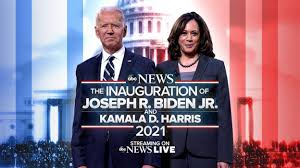 Meet the thieves in the light of day. So proudly they claim what is not theirs to take…or is it?
In 1871 a sedious act was performed by the Government.  A coup was made to rewrite the constitution and put WE THE PEOPLE in all capitals, under a new corporate contract transferring the United States of America into the new Corporation of the United States of America which transferred  the power of We The People and the constitution over to the new corporation. When they did that, it placed the citizens in the United States as property of the Corporation which was centered in Washington D.C..  This action made Washington D.C.  a FOREIGN ENTITY on American soil of sovereign states. It was established through a loan from the Vatican when D.C. was transferred into a city-state, and this corporate entity then ruled over the people. Citizens rights were taken from them in this process. No one realized this.

When they did the broker deal to get the loan from the Vatican, they did so via the Bank of London. At that time, they transferred all the property in D.C. Columbia over to the Corporate entity of D.C. a foreign corporation. (See BACK STORY below in this article). 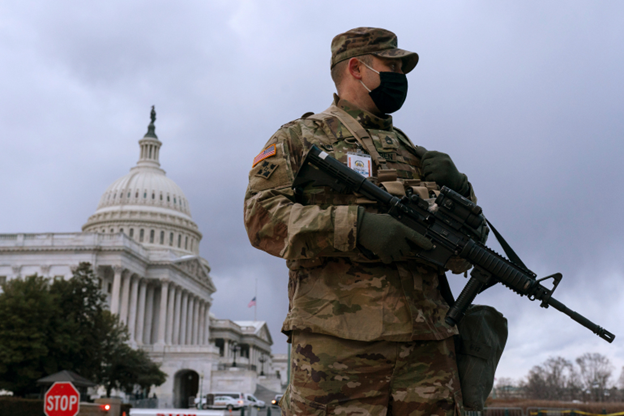 The forming of this corporation in D.C.  is of major importance to understand, for when President Trump signed an executive order in 2018 on Election Interference/Fraud for entities both foreign and domestic, it outlined how assetts would be seized.  The President and the people knew and had the proof that a coup transpired out of the Corporation of the United States of America along with other foreign nations and was ignored by the Corporation in D.C.. They continued with their illegal steal, and the military is now in the process of seizing the assets of this foreign  country  known as THE CORPORATION OF THE UNITED STATES OF AMERICA.   It appears that President Trump’s executive order was actually directed at the Washington D.C. corporate swamp/cabal all along.  D.C. is now walled in and filled with military guard.

President Donald J. Trump has moved out permanently for he cannot be president over a Sovereign Nation in a Foreign land, which is what the White House and Capitol are.  President Trump was voted in by We The People. Not the Corporation. 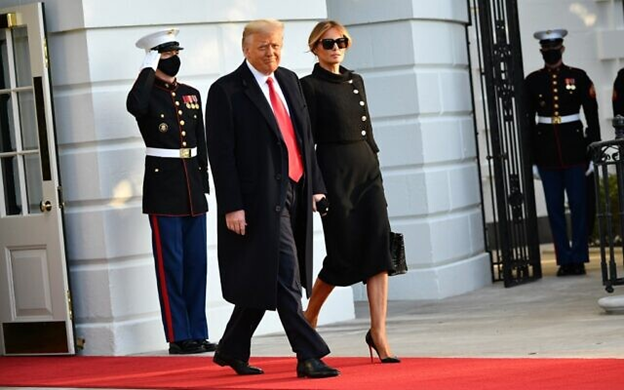 After  Donald J. Trump exits the White House, D.C. will be locked down because it will not be possible for a foreign ruler to rule over a sovereign country, therefore, the foreign ruler must be locked out. In this case, that would be this new  administration. 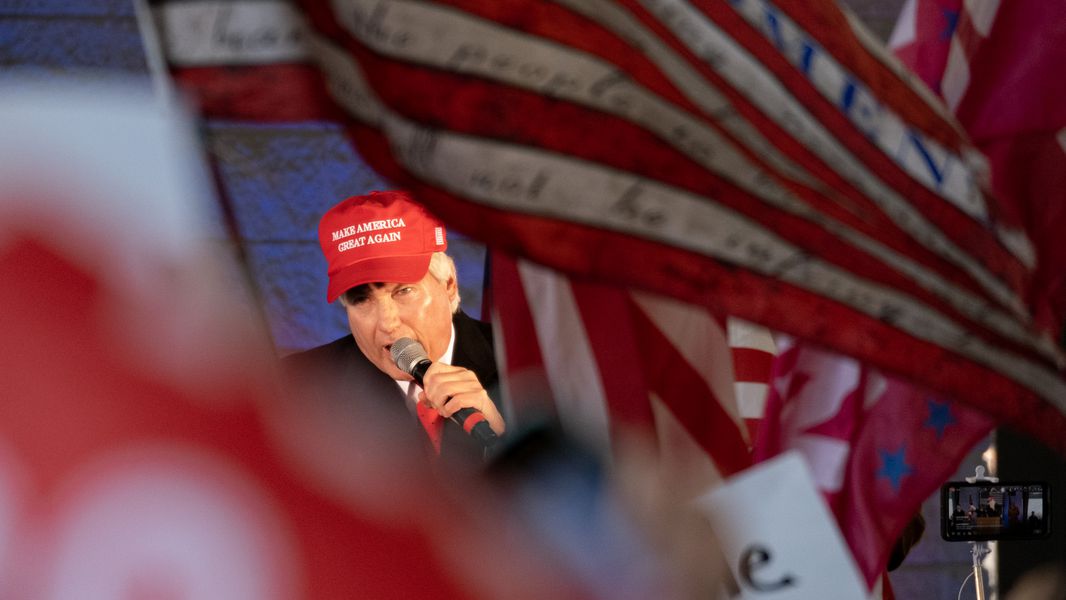 Amid personal turmoil, libel lawyer Lin Wood goes on the attack for Trump
Now you see what is meant by Lin Wood’s shouts that we are in the second revolution.

We are literally watching the reclaiming of the United States of America. What this means for We The People is many things. One of them is no more IRS. Watch and see how this plays out. It is a genius move.  God is in charge of this nation and is now leading his elect to restore this great nation called by his name.

The City of London (that is the square mile within Greater London) is not technically part of Greater London or England, just as Vatican City is not part of Rome or Italy. Likewise, Washington DC is not part of the United States that it controls. These three entities have one goal and that is to do away with the old world order of sovereign nations and usher in a new global world order under one government rule under the iron fist of the cabal. 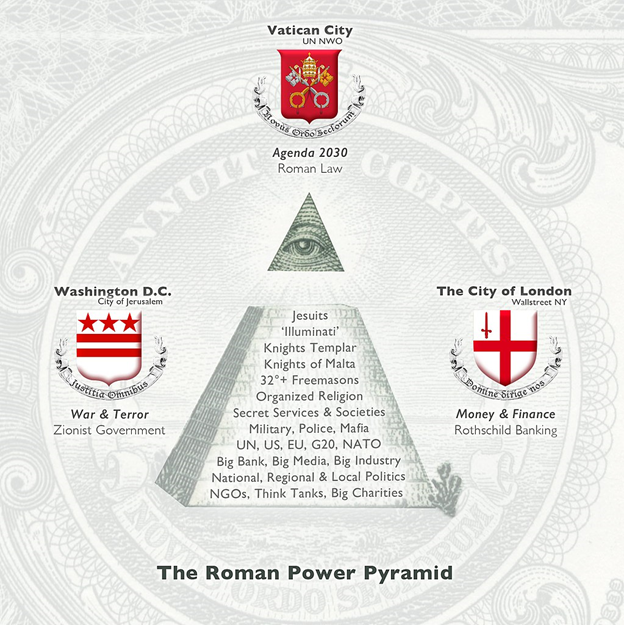 These sovereign, corporate entities have their own laws and their own identities.They also have their own flags. Seen below is the flag of Washington DC. Note the three stars, representing the trinity of these three city-states, also known as the Empire of the City. (There is also high esoteric significance to the number 3.)

The government of the United States, Canada and Britain are all subsidiaries of the crown, as is the Federal Reserve in the U.S.. The ruling Monarch in England is also subordinate to the Crown. The global financial and legal system is controlled from the City of London by the Crown.

The square mile making up the center of Greater London is the global seat of power, at least at the visible level.

Washington DC was established as a city-state in 1871 with the passage of the Act of 1871, which officially established the United States as a corporation under the rule of Washington, which itself is subservient to the City of London.

Corporations are run by presidents, which is why we call the person perceived to hold the highest seat of power in the land “the president.”

The fact is the president is nothing more than a figurehead for the central bankers and transnational corporations (both of which themselves are controlled by High Ecclesiastic Freemasonry) that really control this country and ultimately call the shots.

Washington DC operates under a system of Roman Law and outside of the limitations established by the U.S. Constitution.The Unholy Trinity of Globalist Control: The Vatican, The City of London & Washington D.C. – (awakeandaware.ca) 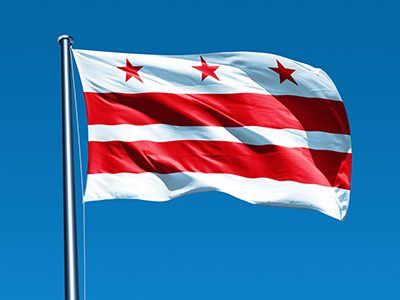 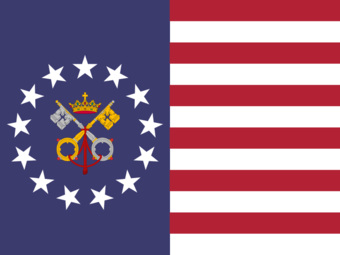 The Papal States are the territories on the East Coast of the former United States under the sovereign direct rule of the pope, from the fall of the United States around the turn of the twentieth century to the present. The Papal States are one of the regional powers of the Chesapeake Bay, controlling the city of Washington, as well as much of the surrounding area. Several towns, baronies, and other holdings outside Washington are also held by the pope, creating an intricate network of holdings which pay tribute directly to the pope.

The Papal States were born out of the former United States, viewed by the modern world as an ancient empire and continent spawning government. Following a violent coup in Washington, the Papal States were established by Chester Hale Fitzgerald, built on the beliefs of a new religion, which would later become Unionism. The Pope claims however that his power originates from the American Empire, which supposedly granted the first pope complete power over the empire via the Donation of Lincoln, a forged American imperial decree. The document has since been used in support of claims of political authority by the papacy.  Know your history…read more here: https://althistory.fandom.com/wiki/Papal_States_(Days_After_Chaos)

Flag of the City of London 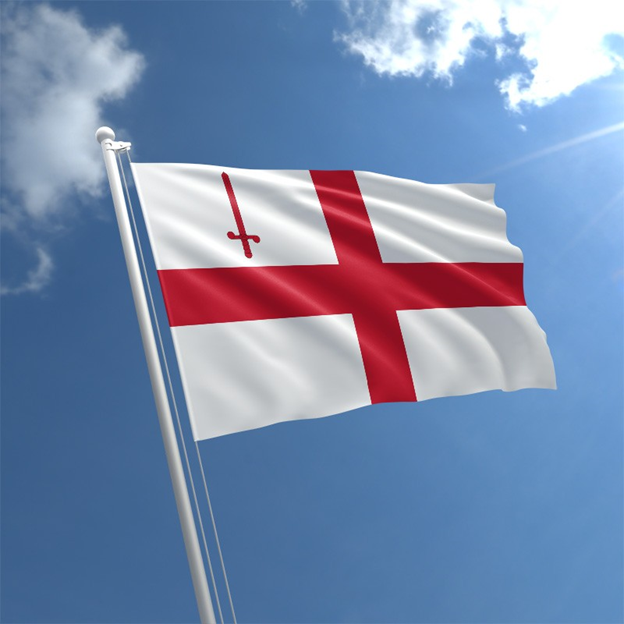 So how are these three cities ultimately connected? We must first go back to the Knights Templar and their initial 200-year reign of power. You see this in the flag of the City of London. Read about the flags of all Foreign entities here: https://awakeandaware.ca/the-unholy-trinity-of-globalist-control-the-vatican-the-city-of-london-washington-d-c/

In Conclusion: The Corporation called Washington D.C. is now a foreign entity on American soil of sovereign states. It was established through a loan from the Vatican when D.C. was transferred into a city state and this corporate entity.  It is now under seige for interferring with the elections of We The People of the United States along with the Vatican and the other foreign nations who interfered, such as Germany, Italy, China, et al.  They are now an enemy of the state and their assets shall be seized. Our miltary has already been taking down the giant as we have witnessed while all eyes were set on the voter fraud.

The word is in a shake down….

300 Italian politicians and police charged along with Italian mafia:  https://www.theguardian.com/world/2019/dec/19/italian-politicians-and-police-among-300-held-in-historic-mafia-bust

25,000+ National Guard and Military in DC and 10 state capitols guarded and locked down: https://abcnews.go.com/Politics/inside-25000-national-guardsmen-arriving-washington-dc/story?id=75299202 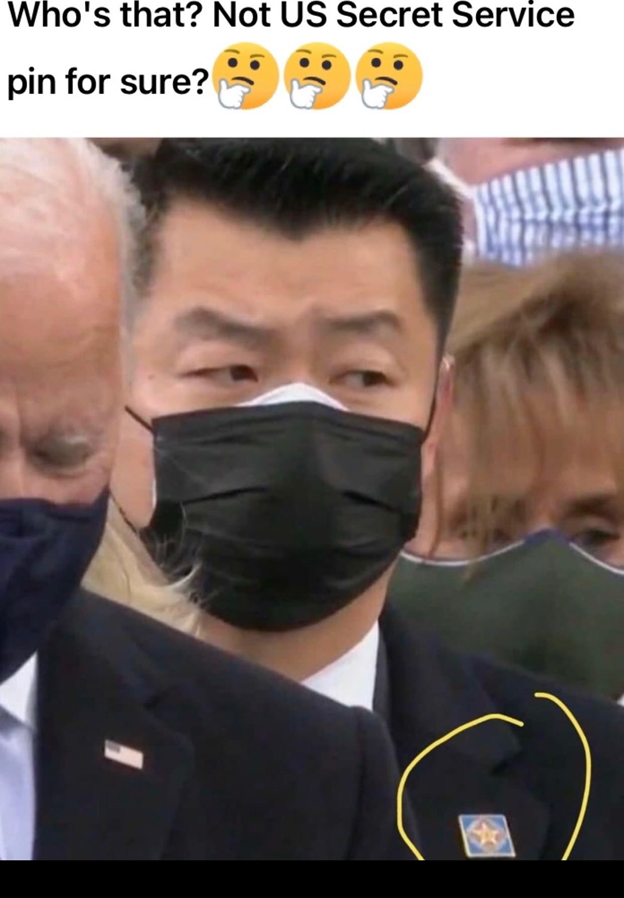 Who is this attending the inauguration at the Corporation of the United States of No States? 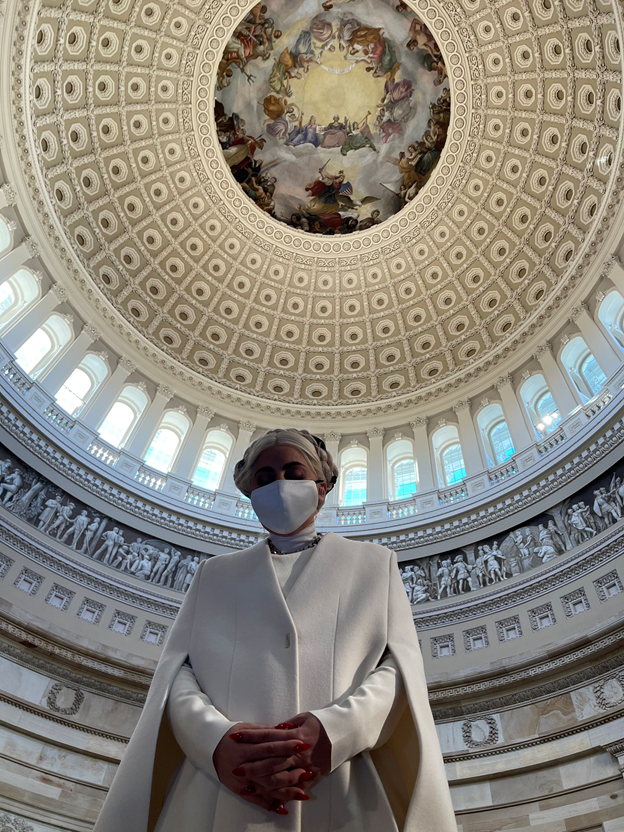 And look at Gaga inside the Apotheosis (raising to the ranks of a God) Capitol Dome. Do you really believe the founding fathers would have authorized the Greek and Roman gods to be painted on the dome of the rotunda? Do you believe they would have Artemis’s goddess of freedom on its’ dome? Do you think George Washington would have wanted a statue of him posing as Baphomet in the capitol dome raising him to the ranks of a god? ALL ANSWERS ARE NO!
The entire corporate capitol grounds have been laid out by secret societies in the shape of a pentagram that honors the god they follow, that of Baal sacrifices of children. Sad, but so very true. All that is hidden shall be revealed. 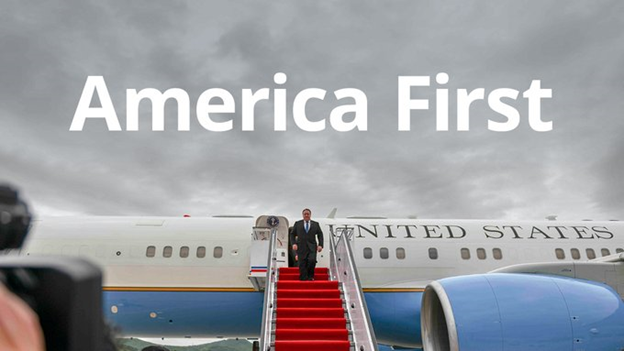 So be patient and remember what Trump has said, THE BEST IS YET TO COME!

And for those who think this is a bunch of bull crap, to you I quote the famous line from the epic film, Gone With The Wind….. “Frankly my dear, I don’t give a damn!” 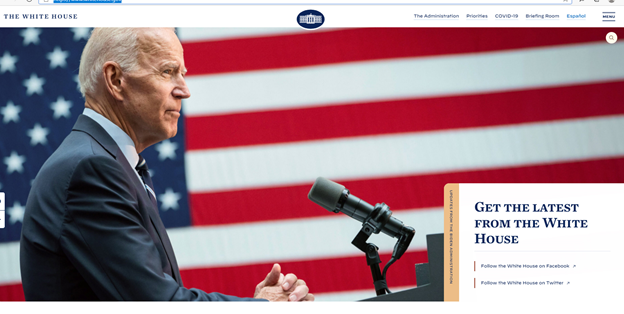 Why don’t the naysayers google  antifa.com…..and see the corporations new website! It takes you to it.

May God speed be with each one of you as this storm blows through, and may each be kept safe in Father God’s mighty hands as he performs his work, a marvelous work!

The Pagan Gospel Of The Church Replaced The Gospel Of Jesus