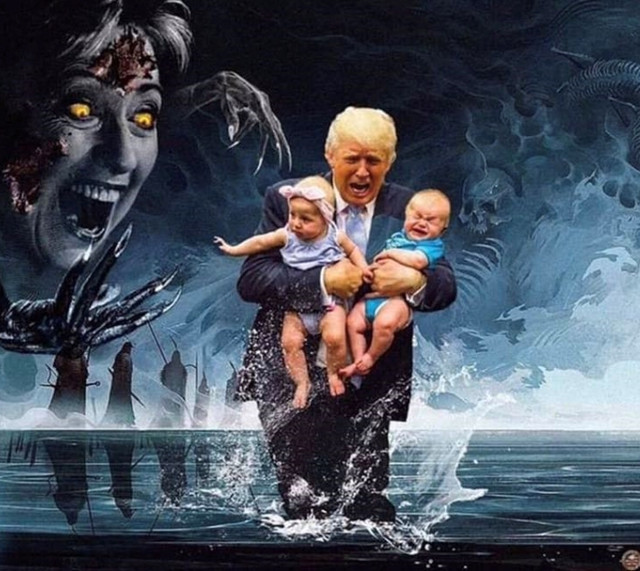 At what point do we slam on the breakes before falling into the abyss?

“If You Cross Me, Your Career In Politics and Republican Party is Over” https://www.bitchute.com/video/Vl6Spdyc8J7Q/

Dismantling the Vatican Exposing The Enemy’s Version Of Christianity:

The Black Pope Adolfo Nicolas, the Anti-Christ Superior General of the Society of Jesus, was taken out in May 2020 under operation Europe Defender.

The Black Pope’s Diabolical Plan for a New World Order:

1. The Superior General of the Jesuits The Black Pope, Adolfo Nicolas and his six generals control the “White Pope” Pope Benedict XVI and the Vatican.

2. The Illuminati: Zionists, Globalist Elites, Council on Foreign Relations, Bilderberg Group, Freemasons, Council of 300 and the evil Council of Trent.

4. The CIA, FBI, NSA, ASIO, MI5, MI6, NCIS, FSB, DGSE, Mossad and every intelligence agency in the world are Masonic and controlled by the Jesuits.

5. The Jesuits have infiltrated all governments. Leaders like Obama, Rudd, Blair, Jintao, Sarkozy, Peres are only puppets that carried out Jesuit orders.

Why is it significant that the first Black Pope settled in the first foothold of the Arabs/Moors? The Arabs and North Africans have always worshipped the SUN and SATURN. Sun worship = Egyptian beliefs. Saturn Worship = Islamic beliefs, while Jesuit symbolism is centered around the sacred sun symbols dating back to Nimrod of Nebuchadnezzar.

How did Sun worshipers infiltrate the Catholic Church? It started with the Christian hero, Constantine I. In 400AD Constantine and the Byzantine Empire took over PHOENICIA, created a new province that lasted just long enough to legalize “Christianity”.

The PAGAN gods of Rome and Sun worshipers were united under the newly legal “Christianity” called Roman Catholicism.

The Pagan Gospel of The Church Replaced The Gospel of Jesus https://www.bitchute.com/video/pvah1cbf7Uqk/

The sons of God lost control of Creation due to the worthless concepts of spirituality that the hybrid human serpent seed bloodlines created for us. We are born in our Father’s Love genetically encoded with His Righteousness we have a moral compass and know right from wrong.

The Nephilim Used Religion To Divide And Conquer The Sons Of God https://www.bitchute.com/channel/d1urdmz7GL1P/

Trump was born to complete the task that Jesus started. He knew the time would come to answer his calling to stand up and step in at this time in human history. Trump is not bound to any religious indoctrination and therefore he’s totally receptive to what has to be done so that our Heavenly Father’s will is done on earth as it is in Heaven.

It’s the cleansing and rebirth of our Earth. It’s the “Second Coming” where all original creation will be restored. Unless we understand how we surrendered our discernment to the doctrines of vipers, we will fall again. United we Stand, Divided we Fall. https://www.bitchute.com/channel/d1urdmz7GL1P/

The Book Of Revelation Is Part Of The Programing. The irrefutable history behind the book of Revelation.

The Pagan Gospel Of The Church Replaced The Gospel Of Jesus The Irrefutible history behind Roman Emperor Constentine’s ability to implement his pagan practices into the bible canons that begun at the Council of Nicaea in 325ad and ended at the Council Of Carthage in 397ad when the official bible rolled out.

The Globalist Globe To Be Exposed Next Watch The Water: The greatest challenge we will ever face is the ability to deprogram ourselves to the truth about our earth. https://www.bitchute.com/channel/d1urdmz7GL1P/

It’s all about the manipulation of our pure human DNA to create for themselves humanoid bodies to inhabit. This nephilim hybrid human demonic race feed on our children and through the abduction scenario, take our children to D.U.M.B’s to experiment, torture, extract adrenochome, traffic and genetically modified themselves to look like us. The nephilim are no longer the giants of old with two rows of teeth with six fingers and toes. They’re the new men of renown who control all governments on earth which allows them to do their evil degenerate activities, genetic experiments and satanic rituals underground. https://www.bitchute.com/channel/d1urdmz7GL1P/