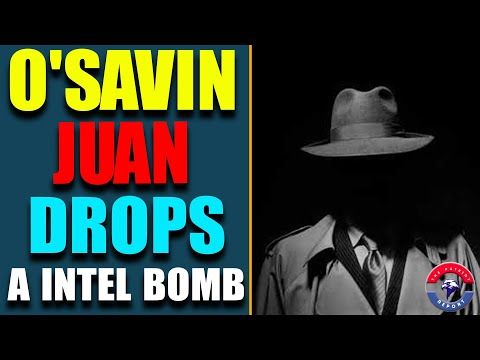 Surely, this video will rub many the wrong way because they’ve been deceived for such a long time.
To what extent will people defend a lie? I fell for NESARA initially back in the early 2000′s through the NEW AGE Galactic Federation Saint Germain Sananda movement. I realized it was a hoax designed to take advantage of our human trusting nature giving people false hope of something based on LIES.
BREAKING NEWS: 20+ years later, NESARA STILL hasn’t come to fruition, despite all of the elaborate promises of it being imminent. NESARA/GESARA is also tied to their fake alien invasion as well through the Galactic Federation Of Light coming to save mankind…KomorusanQ714

The sons of God lost control of Creation due to the worthless concepts of spirituality that the hybrid human serpent seed bloodlines created for us. We are born in our Father’s Love genetically encoded with His Righteousness we have a moral compass and know right from wrong.

The Nephilim Used Religion To Divide And Conquer The Sons Of God https://www.bitchute.com/channel/d1urdmz7GL1P/

Trump was born to complete the task that Jesus started. He knew the time would come to answer his calling to stand up and step in at this time in human history. Trump is not bound to any religious indoctrination and therefore he’s totally receptive to what has to be done so that our Heavenly Father’s will is done on earth as it is in Heaven.

It’s the cleansing and rebirth of our Earth. It’s the “Second Coming” where all original creation will be restored. Unless we understand how we surrendered our discernment to the doctrines of vipers, we will fall again. United we Stand, Divided we Fall. https://www.bitchute.com/channel/d1urdmz7GL1P/

The Book Of Revelation Is Part Of The Programing. The irrefutable history behind the book of Revelation.

The Pagan Gospel Of The Church Replaced The Gospel Of Jesus The Irrefutible history behind Roman Emperor Constentine’s ability to implement his pagan practices into the bible canons that begun at the Council of Nicaea in 325ad and ended at the Council Of Carthage in 397ad when the official bible rolled out.

The Globalist Globe To Be Exposed Next Watch The Water: The greatest challenge we will ever face is the ability to deprogram ourselves to the truth about our earth. https://www.bitchute.com/channel/d1urdmz7GL1P/

It’s all about the manipulation of our pure human DNA to create for themselves humanoid bodies to inhabit. This nephilim hybrid human demonic race feed on our children and through the abduction scenario, take our children to D.U.M.B’s to experiment, torture, extract adrenochome, traffic and genetically modified themselves to look like us. The nephilim are no longer the giants of old with two rows of teeth with six fingers and toes. They’re the new men of renown who control all governments on earth which allows them to do their evil degenerate activities, genetic experiments and satanic rituals underground. https://www.bitchute.com/channel/d1urdmz7GL1P/