Why did Wuhan in China become the epicentre of the Coronavirus? 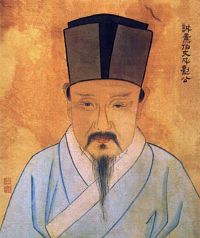 It is interesting to note that Liu Bowen, an ancient sage in the Ming Dynasty, predicted the time, location and susceptible population of the outbreak of Coronavirus in his book Taibai Mountain Monument Inscription, in the following verses:

One worries the onset of disaster in Huguang (a region in China that includes Hubei), which then spread to all provinces across China.

Liu’s prophecy described the disease’s onset in Wuhan, the capital city of Hubei Province, and its spread to the rest of China and overseas.

Liu seemed to have predicted an epidemic in the following poem:

“If you ask when the plague will come, I would say about wintertime, around September and October”…“One worries the corpses are left unattended, and one worries about the difficulty of crossing from the pig year to the rat year.”

The Outbreak starts in Wuhan

First things first, how did the coronavirus epidemic start in Wuhan? One theory pointed to a seafood market in Wuhan, but the first documented COVID-19 cases had never been to the seafood market. Soon, the focus shifted to China’s only Biosafety Level 4 microbiology lab in the Wuhan Institute of Virology, known as the National Biosafety Laboratory equipped to handle deadly coronaviruses, Ebola, and other pathogens.

According to an article published in The New York Post on February 22, 2020, the coronavirus may have leaked from a lab. The article noted, “The People’s Liberation Army’s top expert in biological warfare, a Maj. Gen. Chen Wei, was dispatched to Wuhan at the end of January to help with the effort to contain the outbreak.” Since then, Chen an expert who has studied SARS, Ebola, and anthrax would make trips to Wuhan Institute of Virology as it is one of two bioweapons research labs in all of China.”

There was speculation that the Institute may have ordered the leaking of the virus with evil intent.

Besides all the conspiracy theories, there is enough evidence to show why Wuhan is the hotbed of intrigue, a modern-day Frankenstein’s playground for experimenting and hatching devious plans that would affect humanity.

Doctors in Wuhan turned into murderers 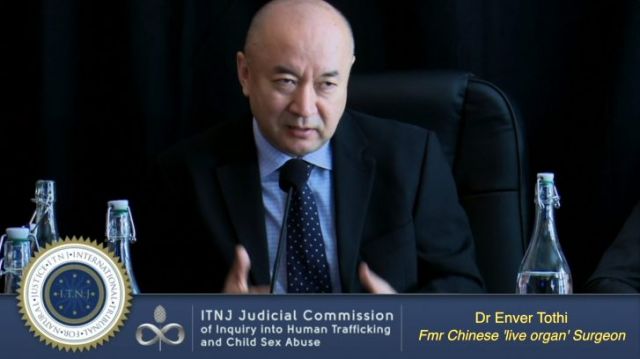 Chinese doctor, Enver Tohti, confessed to a panel of experts that he participated in China’s lucrative practice of killing prisoners for their organs. Dr. Tohti said he performed an organ harvesting operation in the 1990s and says, under communist rule, you become a complacent slave, a “fully-programmed member of society, ready to fulfill the task ahead without asking questions.” Many medical workers, whose job was to save lives, were turned into merciless murderers in the forced organ harvesting crimes.

Wuhan was the originator of organ transplantation in China

Wuhan has the dubious distinction of setting up The Organ Transplant Research Institute of Tongji Hospital in Wuhan currently the largest comprehensive medical service and research institution in China that specializes in clinical and experimental research in organ transplants. It is also a mainstay in the CCP’s state-sanctioned organ harvesting from living Falun Gong practitioners. In February 2005 alone, the hospital performed more than 1,000 kidney transplants.

Wuhan was the prime collaborator in the Persecution of Falun Gong 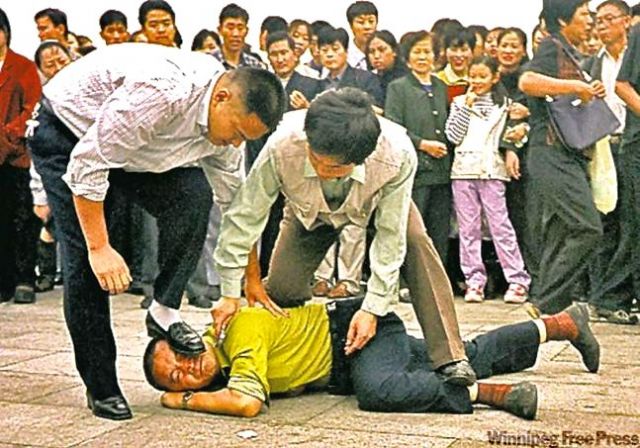 When Jiang Zemin planned to suppress followers of the spiritual faith Falun Gong in April 1999, Zhao Zhizhen, then managing director of the Wuhan City Radio and Television Bureau and Wuhan TV Station, took the lead in following Jiang’s order.

Wuhan TV Station in late June 1999 created a 6-hour defamatory video entitled “About Li Hongzhi” (the founder of Falun Gong). This video not only played a critical role in damaging Falun Gong’s reputation but with continuous bombardment through numerous media channels it stirred up the general public’s hatred towards Falun Gong. Other media agencies followed the political direction and soon produced their own slanderous videos.

From Wuhan coronavirus spreads its tentacles

The World Health Organization (WHO) has declared the outbreak a global health emergency and warned countries to prepare for a quick spread of the virus.

According to Johns Hopkins CSSE data, the 2019 novel coronavirus (2019-nCoV), officially named as Covid-19 by the WHO, has spread to over 100 countries apart from China alarming public health authorities across the world. As of March 22, 2020, the novel coronavirus that originated in Wuhan, China, has spread to 169 countries and regions. Compared to severe acute respiratory syndrome (SARS) in 2003, the novel coronavirus has spread faster and wider, As of March 22, a total of 318,662 confirmed cases of novel coronavirus infection, including 13672 deaths (in countries like China, Iran, South Korea, Italy, and the Philippines, Japan, France, and Taiwan) have been reported across the world. Now if this doesn’t sound like a lot right now, based on studies in the New England Journal of Medicine this new coronavirus spreads as rapidly as the 1918 Spanish flu which killed 59 million people worldwide.

According to research papers published by Chinese scientists, it is evident that the healthcare communities both in the epicenter of the virus, Wuhan, and at the national level had enough information about the virus transmission at the early stages of its appearance. But instead of taking the proper action in preventing the spread of the virus or educating the public, the government covered it up.

As millions of people are forcibly placed under quarantine, the Chinese communist regime struggles to contain the virus with no end of quarantine in-sight. All those in Wuhan, trapped in their own homes are going through the most traumatic experience in their lives and their mental state is delicate, which may lead to another humanitarian crisis.

Eyewitnesses have given chilling accounts of living people being put in body bags and sent for cremation with the multiple crematoria working 24×7.

Anger and resentment ready to erupt in Wuhan

As a result of the delayed warning and continued cover-up, all provinces in China have now had confirmed cases, with Tibet reporting its first case on February 4, 2020, and becoming the last province to be infected with the coronavirus.

Looking deeper into the coronavirus situation, one can find that from virus prevention to treatment, from decision making to keep the public informed, what has happened in China has not demonstrated any advantages of the communist government, but rather the indifferent cruel nature of the system.

Is History repeating itself?

We can learn a lot from plagues in ancient times, in China and in the West. During the Ming Dynasty, a plague broke out in 1580 and infected more than half of the families in Datong (in today’s Shanxi Province), and it later spread to Beijing as well as southern China. Another surge of the plague in 1641, three years before the dynasty’s end, wiped out a significant portion of the population in China.

In the West, after Nero in the Roman Empire began to persecute Christians, one plague after another struck Rome. During the Antonine Plague, there were up to 2,000 deaths a day in Rome. With a mortality rate of about 25%, the total deaths were estimated at five million. The disease killed as much as one-third of the population in some areas and weakened the Roman army, ending a relatively peaceful period of Roman history.

History Has the Answer

In ancient China, when disasters hit, emperors often reflected on what they didn’t do well that invited misfortune to their dynasties and subjects. The plagues stopped in the Roman Empire when its rulers and people started repenting for the sins committed against Christians.

If history is any indication, could the current coronavirus outbreak be a hint from heaven to warn against the largest persecution of Falun Gong practitioners, which has entered its 21st year in 2020?

Falun Gong, a meditation system based on the principles of Truthfulness-Compassion-Forbearance, has enabled millions of its practitioners to improve both health and character since its introduction to the public in 1992. Its main teachings, Zhuan Falun, has been translated into 40 languages, and people in more than 100 countries practice the spiritual discipline.

As more and more people were drawn to Falun Gong, Jiang Zemin launched a nationwide campaign against the practice in July 1999. The scale and severity of the persecution far exceed what Hitler did to the Jews.

In the past 20 years, numerous practitioners have been arrested, detained, imprisoned, tortured, or even had their organs harvested. More than 4,300 are confirmed to have died as a result of the persecution. Due to the communist regime’s information blockade, the actual death toll is likely to be much higher.

Jiang’s policy of “defaming their [Falun gong practitioners’] reputation, bankrupting them financially, and destroying them physically” is no less severe than what Nero did to Christians.

Making amends to redeem the past

If China’s leaders reflect on what they did to their own citizens and stop the persecution of Falun Gong, the epidemic would probably die out and the entire country will be blessed.

Falun Gong practitioners have been working tirelessly over the past two decades to expose the persecution of their spiritual faith and tell people that Falun Gong is nothing like what’s depicted by the CCP’s hate propaganda.

China’s top leaders should take a cue from history and keep aside their egos and atone for their crimes against humanity by ending the persecution of Falun Gong.