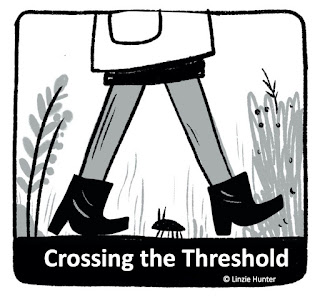 When I first started writing, I didn’t know how to write plot. Then I discovered story structure principles used by Hollywood script gurus like John Truby, Christopher Vogler and Blake Snyder of Save the Cat! fame.

It was a major breakthrough for me.

At first I just used story structure as a guide to keep me on track.

At its most basic level, storytelling consists of two beats: The Desire and The Battle.

At slightly more advanced levels there are additional beats like The Problem, The Opponent, The Plan, The Revelation and The New Level. 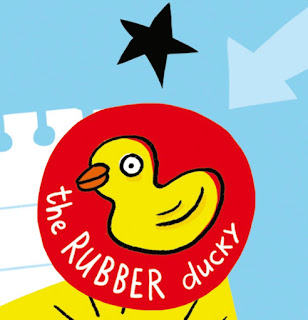 At its best, storytelling includes fun beats like The Rubber Ducky, The Mentor, The Talisman, The Dance, The Miniature and Crossing the Threshold.

One of the elements I am currently obsessed with is that last beat, the one called Crossing the Threshold.

In many movies there is often a moment when the protagonist must leave their ordinary world and enter a world of adventure, usually on a journey or a quest for knowledge or a reward (i.e. The Desire). Think of The Wizard of Oz. A terrifying tornado lifts farm girl Dorothy out of black and white Kansas and deposits her in technicolour Munchkinland. In the first Harry Potter movie, Harry has to push a trolly through a brick wall at Platform 9 and ¾ to get on the Hogwarts Express. In The Matrix, Neo takes the red pill and melts into a mirror. This is borrowed from Jean Cocteau’s film Orphée, based on the Greek myth of Orpheus.

In the Pixar’s Up, Mr Karl Frederickson flies away from his ordinary world in a house attached to a thousand coloured helium balloons. Remember how WALL-E, in pursuit of Eva (his Desire) grabs onto a rocket and passes through a crust of junky satellites before fizzing through Saturn’s rings? Epic!

Sometimes Crossing the Threshold involves crossing an actual threshold. In the first Hunger Games film, the camera lingers on the train door. The train door! That’s because that single step up will take Katniss out of her ordinary world and into the world of adventure. The moment she steps on the train she has left drab District 12 and enters a world of colour and abundance, in short she is in the Capital. This transfer is reinforced by a long shot of the train snaking through wooded mountains to the big city. There are many crossings of thresholds in the first Hunger Games movie. I counted at least half a dozen.

In Paddington, my favourite film of 2014, the bear from darkest Peru crosses no fewer than a dozen mini-thresholds, including the actual threshold of the Brown’s house. The writer/director, Paul King, knows the power of crossing the threshold which is why the camera lingers on Paddington’s paws stepping over it. 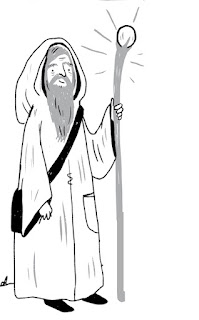 Sometimes there are Threshold Guardians, another fun trope. Threshold Guardians are people or creatures stationed at the portal between one world and another to make sure the hero really deserves to pass through. I always think of the old man by the bridge in a hilarious scene from Monty Python and the Holy Grail: ‘Stop! Who would cross the Bridge of Death must answer me these questions three, ere the other side he see.’

Sometimes the threshold is to keep bad things out. This is the premise of many horror stories including Alien and Jaws.

Sometimes Crossing the Threshold marks the end of Act One. Or The Point of No Return. Or the beginning of the Battle. Sometimes the best Crossing of a Threshold comes right at the end: The Shawshank Redemption, Thelma and Louise, Blade Runner…

Why do we like this beat so much? I believe it is because everyone who ever lived can identify with it. We cross thresholds a dozen times a day, whenever we leave a room, a house or even a town or country. We also cross major Thresholds in our lives. When I visit schools, I ask the kids to tell me the Seven Major Thresholds they have crossed (or will cross) in their lives. ‘What’s the first threshold you ever cross?’ I ask. ‘The first time you leave a place you feel safe and go into a strange and unknown world?’

They all get it: When we are born! And the last threshold we ever cross? Presumably when we die. As Peter Pan says, ‘… an awfully big adventure.’

Our lives are a succession of journeys, some big and some little. Strung all together, they make up our life’s journey. 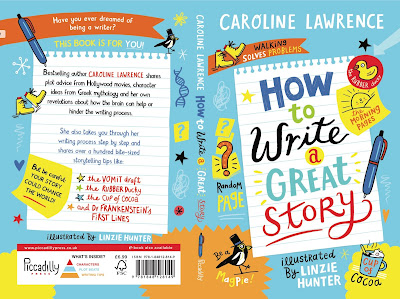 To discover more about this trope and others mentioned in this blog post, dip into my book How To Write a Great Story, delightfully illustrated by Linzie Hunter, who did all the illustrations on this page. Or drop in on my FREE writing webinar Creative Writing Tips, Tricks and Tropes next Tuesday 21 July 2020 at 6.30pm GMT. Sign up for free HERE.

Fun facts, research, news & topics linked to the children’s books of Caroline Lawrence: The Roman Mysteries and The Western Mysteries.