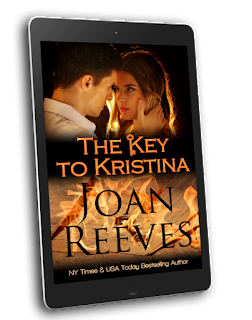 Introductory Price of 99¢ goes away in 2 weeks!
The Key To Kristina, my new Mystery Romance, is priced at only 99¢ this first month of release. The price rises to $3.99 in October.

I have never seen this reviewer say they might re-read a story. *LOL*

About The Key To Kristina

Her father never gave her anything but a hard time—until he died and left Kristina a key. But a key to what?

Kristina Rivera’s father never gave her anything but a hard time—until he died and left her a key. But a key to what?

A suspicious death and an inheritance. A mystery and a key with a clue leading to a treasure. A romance—and a Quest that may be the adventure of a lifetime.

None of that is what Kristina expects when she arrives for an appointment with a Houston lawyer. Instead of gathering her father’s possessions because he’s been sent to jail again, she meets Wyatt Morgan, the Executor of her father’s estate, and the lawyer who reads the will.

Shocked, Kristina is grief-stricken, confused, and angry. Her father didn’t have two nickels to rub together. Why would he write a will? Life has taught Kristina to initially distrust everyone and every situation, but she finds a possible ally in Wyatt Morgan, the will’s Executor and a man whose business seems to be fighting lost causes. 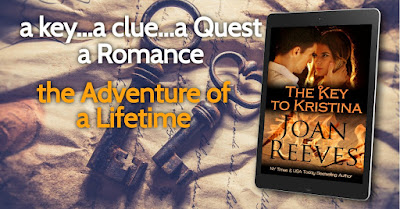 With Wyatt, she sets out on the Quest, designed by her father, to find his hidden treasure.

More than her legacy will be revealed, and danger stalks her every mile of her journey as she tries to discover what The Key To Kristina

means.
Takeaway Truth
Get your copy for the special introductory price of 99¢.
P. S. Don’t give away the ending when you review the book! Let it be a total surprise for other readers.