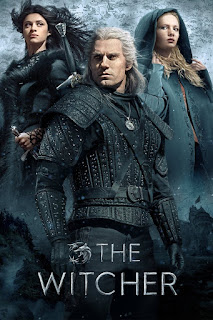 Did you watch The Witcher starring Henry Cavill when it debuted on Netflix last December?

If you hadn’t read the books, did you feel as if youd been dropped in the middle of a maze and couldn’t find your way out?

If that was the case, you may have given up on the series.

I’ve got some good news. Available now, also from Netflix, is The Witcher: A Look Inside the Episodes.

Lauren Schmidt, an American TV producer and Screenwriter, is the writer and producer of The Witcher, based on the book series by Polish author Andrzej Sapkowski.

Perhaps she realized an explanation of the story would make the characters and story more accessible to those who had not read the books.
Clarity
Darling Hubby loved the Netflix series, but I couldn’t get into it. So many characters popping in and out and too many scenes that made me feel as if I were barging into the middle of a story instead of being introduced into a story. 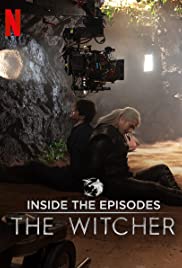 Inside the Episodes makes sense of everything, clarifies the story line which hopscotches from present to past to future, and back again.
Henry Cavill is such a superb actor that I regretted giving up on the series so I appreciated the explanations offered by the inside look.
Takeaway Truth
I’m watching The Witcher again with renewed enthusiasm. I urge you to give it a try, but first watch Inside the Episodes. It makes all the difference to a viewer who has not read the books.