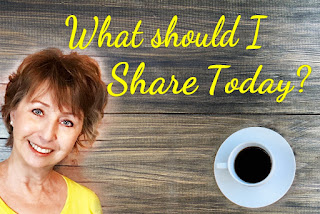 Although the title of this post is 12 Reasons to Keep Baking Soda Handy, I could have said 3 Reasons instead—Cleaning, Cooking, and Health—so I’ll group the 12 reasons under those categories.

Baking Soda has been in use as far back as 3500BC when Egyptians used it to dry out dead bodies for mummification as well as using it for everyday cleaning.

Baking soda is sodium bicarbonate, a salt. If you taste it, you’ll notice it tastes salty. In fact, if you ever wonder if a flour in a canister is self-rising flour or all-purpose flour, one way to tell is to touch your finger to the flour and taste the residue on your finger. If it tastes salty, it’s self-rising flour because baking powder, which is made from baking soda, and salt are added to AP flour thus making the flour taste a bit salty.

(1) Baking soda cleans the air naturally unlike commercial candles and air fresheners which mask odor with a chemical scent. Baking soda absorbs odors. That’s why it’s used in refrigerators. You see, most odors are acidic. Baking soda is a basic so when it reacts with an acid, or odor, it neutralizes it. You’re not limited to putting a box in your fridge. Place some in small bowls in a room that smells a bit funky.

Remember to change out the baking soda used to absorb bad odors because it’s chemical ability to interact with acids lessens over time. 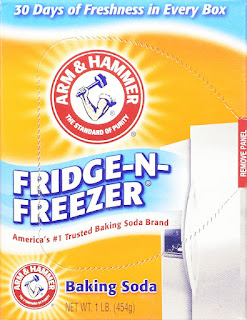 Even though an ordinary box of baking soda will work in the fridge, I like the fridge-freezer boxes with the tear-off slot that exposes the paper-covered baking soda to the fridge air.

(2) If you burn something while cooking, rather than scour the pan, simply place about a cup of water in the pan and a couple of tablespoons of baking soda. Bring the solution to a boil and let it cool. Then a minimum of scouring will clean the pot easily.

(3) Keep the bathroom and kitchen drains flowing smoothly without a commercial drain cleaner. Simple pour some baking soda down each drain, add vinegar which is an acid, and it will bubble and clean the drain as it goes down. Run hot water after, and you’ll have a clean-smelling drain. (That of course is the basis for the volcano science experiment kids love.)

(4) I saw a video from an appliance repair expert who said it shortens the life of an oven to run the self-cleaning feature because the high heat necessary to melt the baked on goo will make your oven die sooner than it should. Instead, mis up a paste of of baking soda and a tiny bit of water, spread it on the baked on grease, add a little vinegar to it for that volcano reaction. Let it set for a bit then wipe clean. No heat needed.

(1) Baking soda acts as a chemical leavener. It reacts with an acid to produce carbon dioxide — or loads of bubbles — a process that allows cakes, cookies, and other baked goods to rise. Cookie recipes often call for baking powder and a smaller amount of baking soda. The baking soda makes them light and chewy. Often, recipes that call for buttermilk, sour cream, yogurt, or soured milk also call for baking soda. Buttermilk pancakes with baking soda makes the lightest fluffiest pancakes ever. Try my recipe for Buttermilk Pancakes which I posted several years ago. That will make you a believer.

(2) Add a pinch of baking soda to ground beef to help it brown faster and be juicier. Lessen the salt you would normally add since baking soda is salty.

(3) If canned tomatoes are too much acid for your stomach, try adding 1/4 teaspoon of baking soda to them. It will neutralize the acid without affecting the taste.

(4) Tenderize chicken with baking soda. Simply rinse the chicken, pat dry, rub with baking soda, and refrigerate for at least 3 hours but no more than 5. Rinse off the baking soda and cook according to your recipe.

(1) Baking soda has always been a popular antacid for heartburn and indigestion with the older generation. I remember my grandfather used to mix 1/2 teaspoon in a half a cup of water, stir, and drink. If you have heartburn and nothing to relieve it, you might try this, but remember that baking soda is a salt. If you’re medically restricted from salt, avoid this home remedy. I certainly wouldn’t do this very often because just a half teaspoon has 629 milligrams of sodium. 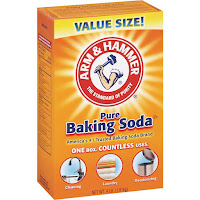 (2) Use a mixture of baking soda and water as a produce washer. Soaking fruits and vegetables for about 15 minutes in a solution will remove more than 90% of pesticides from apples better than merely washing the apple under running water. The baking soda degrades residual pesticide so it can be washed away.

(3) Got bug bites? Don’t bother with the OTC itch creams. Try a paste of baking soda with a little water. Apply to the bite several times a day. It works.

(4) If you have persistent vomiting becaus of morning sickness, eating something tainted, or for whatever reason, rinse your mouth with a teaspoon of baking soda mixed with water. This not only cleans your mouth and freshes your breath but also prevents your tooth enamel from wearing away when plagued by persistent nausea.

I hope you’ll try some of these tips. Have a great weekend!