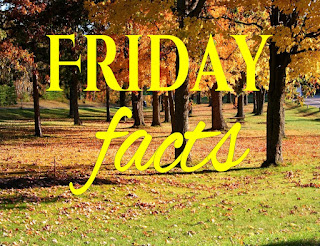 Fall is less than a week away. I love Autumn for the sunshine on my face, the cool mornings and evenings, and a feeling of renewed energy.

The word autumn comes from the Latin word autumnus meaning the passing of the year.

Here are some more Autumn facts you may find interesting.

(1) Winter, Spring, and Summer have just 1 name, but Fall has 2 names since it’s also called Autumn.

Back in the Middle Ages, the English called it haerfest which eventually morphed into Harvest, the season when crops were harvested, often by the light of the moon because the full moon is larger than in other months which is why it’s alled a Harvest Moon.

(2) In the 17th century when people began moving to cities, the term harvest moon didn’t have as much relevance so they took to calling that time of the year the “fall of the leaves.” Eventually that was shortened to Fall.

(3) That beautiful Fall foliage is caused by pigments in the leaves. Different kinds of trees produce different pigments. The purple and red leaves are caused by anthocyanin pigment which is produced ony in the fall when sugars are trapped in the leaves. 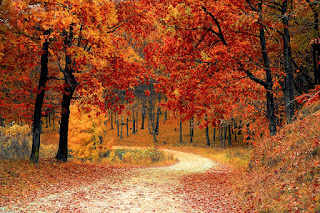 Dry weather and sunlight cause more sugars in the leaves so the foliage is a brighter red. Freezing weather stops the production of red pigment which is why leaves turn brown and die after a freeze.

(4) Actually, all the different pigments are in leaves all the time. You don’t see them because the presence of chlorophyll, the natural chemical that makes them green, keeps the other pigments from showing. When the daylight/sunshine decreases, chlorophyll isn’t produced as much so the green color fades and the other colors become more prominent.

(5) Bobbing for apples was a popular Halloween party game in the near past. I don’t think anyone does it any more. Back in the distant past, it was a British courting ritual. Men were given an apple, and women would try to bob and get the apple from the man she wanted. If she was successful, it was a sign they were meant to be together. 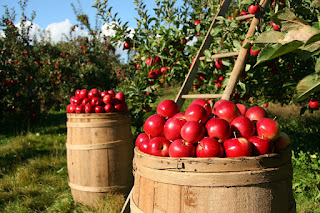 (7) Viewing beautiful fall foliage is known as leaf peeping, and it’s very popular with tourists. Every year three and a half million tourists go to Vermont to leaf peep and that results in tourism in the amount of $460 million.

If you have the chance to do some leaf peeping, even if the autumnal colors aren’t as captivating as in New England, make a day of it and have fun!