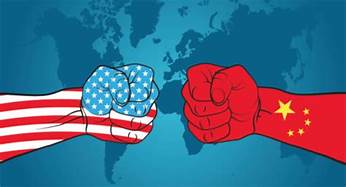 A “conservative” columnist recently called for Drs. Anthony Fauci and Deborah Birx to be tried as criminals and imprisoned. This is crazy. American scientists and doctors are not the enemy. China is. And America can respond to this attack of the coronavirus by confiscating Chinese financial assets and property. Much of it is in California. It’s time for action.

Looking back, President Trump followed the advice of Fauci and Birx about locking down the economy, although he left most of this task to the governors of the 50 states. So, logically speaking, the columnist angry with Fauci and Birx should be advocating the jailing of the Commander-in-Chief because he took their advice. Such a course is lunacy. Trump did what made sense at the time.

Medical professionals can and should be second-guessed. There is also a need to investigate the collaboration of the Medical Deep State with China, including the millions of dollars that flowed to the Wuhan lab. But the finger-pointing ignores the ultimate source of the problem – Communist China.

As Americans, we should be united in our hatred and disgust for the Communist Chinese rulers. We should want to make them pay. How? The answer is simple – by seizing their property in the United States. Much of that is in California.

To understand what we have to do, we have to remember how we got there.

In a difficult situation, brought on by China’s release of the virus, Trump was advised on a course of action he was told was necessary to avoid more than two million deaths. When he was looking for how the federal government should respond, he turned to people who have handled other infectious diseases in the past and were on the government payroll. He turned to the government “experts,” Fauci, Birx, and others, in order to delay and contain the spread of the coronavirus. He did what anyone in that position would do. He had very little time, as a result of Chinese lies and cover-ups, to respond.

Fauci and Birx are not perfect, and there is legitimate criticism of the advice they gave the president. In the past, they both worked on an HIV/AIDS vaccine – a 23-year project that is still a bust. The government’s decisions during the pandemic have been questionable, on such matters as to whether or not to wear a mask and how long the virus lives and spreads on surfaces or objects. One day, a careful review of their advice and whether it was correct will be done.

But it’s silly to fault President Trump for turning to these people. These experts are being attacked and threatened with jail time by conservatives upset with the economic damage and dislocation caused by the government response to coronavirus. The critics of Trump, on both the right and left, are losing sight of the real villain – the Chinese authorities.

Even now, despite the brouhaha over a vaccine, our “experts” do not yet completely understand the nature of this virus and its ability to spread and mutate, possibly making a vaccine unlikely or even impossible. Curiously, China destroyed early samples of the virus. We need Fauci and Birx, and many others, involved in finding a solution. Trump would be wise to expand his circle of authorities and go beyond the Medical Deep State. But that doesn’t mean the authorities he relied on initially should be banished to Siberia.

In the meantime, our leaders need to quickly consider a necessary response to the Chinese regime. One approach to China is to sue the corrupt and evil rulers. When it comes to suing the Chinese government, one of the few lawyers I would trust to do so in an aggressive manner is Larry Klayman, founder of Judicial Watch and Freedom Watch. Klayman isn’t content to file Freedom of Information requests; he goes for the jugular. His lawsuit against China demands $20 trillion in damages and he intends to make the Chinese Communists sweat blood in court. He would tie the communist lawyers into knots, which would be something to see. He would humiliate them. And the communists deserve to be humiliated in a public forum.

John Yoo, a visiting scholar at the American Enterprise Institute, and his co-author, Robert J. Delahunty, argue for other measures, such as the imposition of economic sanctions on Chinese officials, general tariffs on Chinese imports, restrictions on Chinese investment in the U.S., and the expropriation of Chinese property in the United States.

“Conceivably,” they argue, “Washington could even cancel Chinese-held treasury debt and [use] the proceeds to create a trust fund that would compensate Americans harmed by the pandemic.”

Grzegorz Górny, a writer for the global publication Remix, did some digging into the controversy and points out that the U.S. Department of the Treasury clearly has the power to “confiscate Chinese assets in the U.S.” and “freeze all operations using American government obligations which were purchased by China.…” The latter is estimated at $1.2 trillion. He concludes, “In one swift move, the U.S. may annul that debt and free itself from the Chinese loop.”

In looking for Chinese investments to expropriate, the place to go is California. “California became the number one recipient of Chinese FDI [foreign direct investment] in recent years, with more than $16 billion in 2016 alone,” notes a report from the Asia Society and the Rhodium Group. “Much of the investment has gone into two important areas – real estate and technology.” Bethany Allen-Ebrahimian, the China reporter for Axios, assembled the facts and figures about Chinese aid-and-trade with the United States, confirming that California is “hooked” on China. Of the top 10 states with the highest net trade with China. California is number one by far.

Last September, Democratic Party Governor Gavin Newsom’s Office of Business and Economic Development (GO-Biz) announced the expansion of the China Trade & Investment Network (CTIN), in order to facilitate the state’s trade and investment efforts in China. “The trade relationship between California and China is one of the largest in the world, with two-way trade valued at $177 billion in 2018,” the release said.

Just a few months later China unleashed the virus on the world. That was quite an import.

Incredibly, Newsom made a nearly $1 billion deal to receive surgical masks from China to protect against the virus. They failed to arrive on time.

CHECK OUT THESE GREAT POSTS: