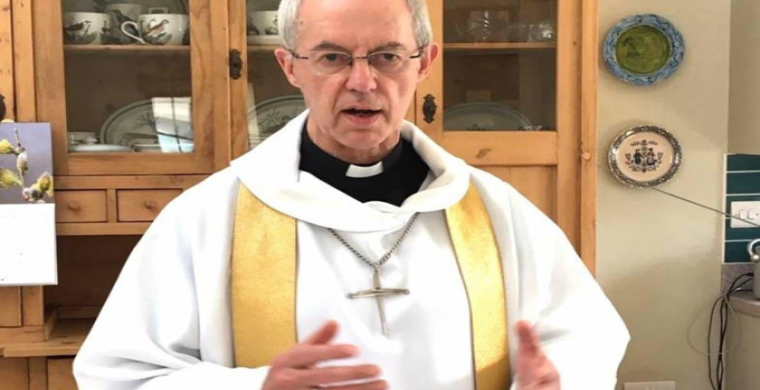 As the one who led the Church’s Millennium review into its human and financial resources, I know that its most precious assets are the people at the ‘coal face’; the vast army of clergy and lay people who keep churches, church schools, food banks, advice centres and much else open for the use of countless communities. Dare I say it, every community in England would be poorer without them. Cutting clergy numbers should be the last thing contemplated. They are in villages and towns, and even in cities, often ‘the face of the place’. Their work helps to give a community its character, rooted in history, caring for its own and outward facing in its concerns. Bishops, similarly, are identified with a place and often speak up for it when there are local or national issues: they bring community leaders together for a common task, such as making sure local businesses are not neglecting youth employment, or giving voice to the voiceless when services are being withdrawn or visiting hunger striking prisoners who are refusing to meet officials or ministers.

This is not to say that radical reorganisation would not be beneficial for the Church: the paid clergy need to be trained and deployed so that their skills are used optimally. Teams of lay people and self supporting clergy in villages and towns need training, support and linking with the wider Church. The paid clergy should be deployed in such a way that the maximum number of people can benefit from their ‘vicar’, without duplication of personnel or effort.

A huge bureaucracy of ‘specialists’ has proliferated in recent times, both in dioceses and nationally, to identify suitable candidates for ordination, for the continuing education of clergy and lay people, for social responsibility roles, for mission and church planting etc etc. We need to ask whether at least some of these tasks can be done by parish clergy and bishops, as they used to be in the past. Senior parish priests can examine people wishing to go forward for ordained ministry. Suffragan(or assisting bishops), depending on their background, can also take on portfolios at present being held by full time specialists. Existing cathedral posts can be used for those specialists deemed essential for the Church’s work.

At the national level the Church’s bureaucracy is still organised for a much bigger church with a much bigger national role. There needs to be significant pruning here with some tasks, like the selection of ordination candidates, being remitted to dioceses, where they belong. The Church should do at the national level only what cannot be done locally. This includes administering the Church’s historic resources, the work of a greatly slimmed down General Synod, which meets less often, and the assisting of bishops in the House of Lords and other official bodies. Much work currently being done internally, at diocesan and national levels, should be considered for outsourcing to secular or church agencies. There needs to be further alignment of the bureaucracies of Lambeth Palace, the Church Commissioners and Church House. Diocesan bureaucracies should also be rationalised: we should avoid amalgamating bishoprics and parishes, because they are the ‘face of the place’ but there can be little objection to one office serving two or more dioceses.

One of the glories of the Church of England is its 16,000 churches, rooted in local communities and often important landmarks in them. They are also, of course, one of its greatest burdens: small numbers of worshippers in tiny hamlets or poor communities in urban priority areas are expected to look after buildings either of great historic worth or else of forbidding size. It is good to know that some state funding will be available for churches in the post-Covid dispensation but such funding can often be ad hoc and uncertain. We need an overarching Concordat between Church and State on the managing of church buildings which are a national, as well as a local heritage so that beleaguered congregations can be set free for ministering to people’s souls.

The report notes that many new people have been reached by the Church going online during the pandemic. Alleluia to that! It also fears, however, that some of these will be lost, as well as some of the previous regulars who will not return to physical presence. But what is being done to make sure that more and more people are not only reached electronically but are discipled for committed membership of the Church? At least some churches are only reaching those who ‘book’ to attend actual or virtual services. These are generally existing members of the congregation. How can they be equipped to reach out to those in the community who do not know how to book in to services, to the fringe and to the casual visitor who, like Philip Larkin, only go in ‘when nothing is going on’! Post -Covid, the Church needs to invest in areas of growth rather than just those of need. Growing churches can then be encouraged to reach out to needier areas with people, expertise and even financial help. A good process of clergy review should reenergise clergy for their work. The present network of parishes in every community is very valuable but where it is clear that some areas or communities are not being reached in this way, existing and new ways need to be found for reaching and ministering to them. The Church of England has much going for it in its people and buildings. Rather than getting rid of them, let us revitalise them for serving the nation’s spiritual, mental and physical needs.

Dr. Michael Nazir-Ali is president of OXTRAD and former Bishop of Rochester

Does the Church of England have a future?

Like many institutions, the Church of England has been hit hard by Covid. Compulsory church closures, and the present limited opening, have emptied both pews and collection plates, even if more people are tuning in online. In such circumstances it is necessary for any organisation to concentrate on its core tasks. For the Church this means the spiritual care of people and providing the nation with the resources of faith and hope, working out in practical help for those in need of company or counselling, food or shelter. Many local clergy and congregations have been doing just that and these unsung heroes need to be acknowledged for their great work.

The institution, however, seems engrossed either in lengthy, costly and far fetched ‘safeguarding’ allegations against prominent church figures, living or dead, relating to bygone days or in jumping on to every faddish bandwagon about identity politics, cultural correctness and mea culpas about Britain’s imperial past. It is not surprising, therefore, to find that its report Money, People and Buildings refers to a crisis in each of these areas and recommends massive cuts in the very areas which make up what is most valuable about the Church, whilst saying little about the future of its still huge bureaucracy and its power over the totality of the Church’s historic and contemporary resources.