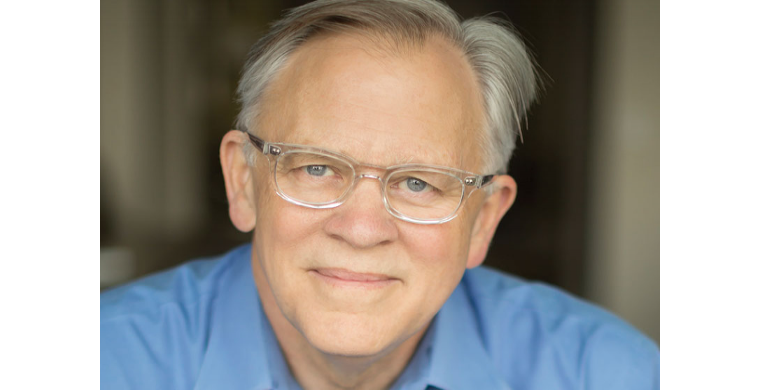 Labberton acknowledged this and said evangelicalism in the US is a “confusing scene.”

“There is the debate in America that claims evangelicalism is a solid block of certain theological affirmations which rushed to make socio-political associations and abortion as litmus tests and then expanded it to Trumpism, a form of political speech Trump embraced and embodied as a God-appointed leader to drive an evangelical vision, leading to Trump being elected.”

“A boundary was set. You were either in or out. If you agreed on a vision about abortion, homosexuality and Trump, then you had a certain kind of vision to make America great again. This was enormously problematic from many perspectives and for different reasons.”

Labberton asked, “What is the hope of American evangelicalism?”

“We need to ask the question. What is the hope of American evangelicalism amidst hostility and a vision with no evidence of the fruit of the Spirit?

“The crisis is in white Evangelicalism which claims dominance and control of this word saying evangel and evangelicalism are the same thing. When they are not.”

How do we find our way forward? asked Labberton.

“Now it is being defined by a political rhetoric barren of the fruits of the Spirit and no longer about a lifestyle of humility, servanthood, truthfulness and the justice of Jesus. It is not well represented in the practice of Evangelical manifesting in America today.

“We need to grieve this loss, it is real. There is grief and sorrow because it is the offense created by evangelicals and it is profound. It is having a multi-generational, devastating impact. When the name of Jesus is strewn across the face of the Capitol building and Christian nationalism, it is a deep offence against God and Jesus. This is American white nationalism, which says nothing about spirit, honor, dignity or repentance that it should truly represent.

“Our hope is not in evangelicalism, but in the evangel. American white evangelicals need to repent and separate themselves from the Republican Party. Trump has fused them together and that intertwining reality is not about to go away. Putting Biden in office won’t change that. It is not about to go away. It is a change only of the moment, the underlying crisis is deep.

“Evangelicalism in America is not defined by the evangel, but a social location made in America, a place of exceptionalism and the offences of American colonialism. We must acknowledge the profound pain and sorrow. We need to be confronted by the gospel again and American, evangelical white Church needs Jesus and deeper conversion-ism not to a social location and practice, but with Jesus himself and an identification with justice and mercy and the justice of Jesus… a Church beyond our social location.

“In the context of this moment, we must take seriously that the Evangelical church needs to die. I do not say this with glee, there is quite a significant way for the American evangelical movement for this to happen. We must die to self-interest, to use of power and money, to deference and desire for and self-control and to focusing on our own power and identity, our gender and politics and not identifying with the of life and justice of Jesus.

“We need to look at consumerism and materialism, our pride and arrogance around power, all of which have enticed and seduced the American Evangelical church. In profound ways, they need to die.

“Now it screams out in full voice every time we watch, here when the name of Jesus is identified with anything that does not embody the body of Jesus.

“In this crisis, we must first ask how we got where we are. The Evangelical church in America, especially white evangelicals, is more interested in social location than the gospel itself and not the kingdom of God.

“We need to die first. American white evangelical life is not about the mercy and justice of the kingdom of God. We have abandoned the gospel.

“Even Fuller [seminary] must die to certain forms of evangelicalism. The conversation is multi-ayered. We must confess 70 x 7 and confess and seek God’s forgiveness. We must break with white evangelical activism and break the idols of destruction.

“In this dying process and repenting, it must be individuals and also churches, who must die and repent. The process also needs to be attached to public accountability. We must act as a repentant community. We have to change and repent, laying down our various forms of privilege.

“We must break with white evangelicalism and trust in its supremacy; we must cut off its arrogance. When I talk of whiteness, I am not talking about skintone, but a social, intellectual and emotional vision of identity wrapped in a supremacy of whiteness.

“We must die to this, but our dying is not an ending, but a form of potential birth of personal and social transformation with each needing the other. Public and personal change is a must. It is social location with a theological identity.

“Being white in parts of American means being evangelical in a social location. If I am a white person in parts of the US, I would be thought of as part of the evangelical movement attached to white Republicanism.

“Many American white evangelicals say it got settled in 1968 with The Civil Rights Act, but it is not settled. White evangelicals believe it is part of the past, and not ongoing and people of color need to pick themselves up by their bootstraps. It’s a lie we are not taking dying seriously to come to rebirth.

“White Evangelicalism is victorious, but it has a very hard time finding itself in Phil. 2, not wanting to let go what we have been given.

“Our life has to change. iI Evangelical America is to have hope, we have to evaluate how we find ourselves. Are we in Christ or are we in America as our primary location? American white evangelicalism is defined by our social location and not by the God that we claim to follow.

“We need to recover a Christian sense of communion, defined by the life, death and resurrection of Jesus Christ.”

Fuller Seminary President Says ‘Evangel’ not ‘Evangelicalism’ is way Forward in Post Trump Era
We must be global Christians with a global vision because our God is a global God — John R. W. Stott

The President of Fuller Theological Seminary, the Rev. Dr. Mark Labberton, says that if evangelicals have a future in America it will have to focus on the ‘evangel’ (gospel) and rid itself of evangelicalism as traditionally understood.

In a webinar sponsored by the Langham Foundation, chaired by Arab-born Lebanon-based Dr. Riad Kassis, International Director of Langham Studies, the evangelical scholar Labberton said the American evangelical situation was “very confusing, seeing our evangelicals in the U.S. having different ways of thinking and behaving than other evangelicals in the Middle East, Africa and Asia. What is really happening with evangelicalism in the US?”