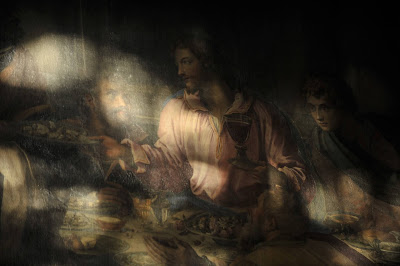 
I ask of you that the Friday after the Octave of Corpus Christi be set apart for a special Feast to honor My Heart, by communicating on that day, and making reparation to It by a solemn act, in order to make amends for the indignities which It has received during the time It has been exposed on the altars. I promise you that My Heart shall expand Itself to shed in abundance the influence of Its divine love upon those who shall thus honor It, and cause It to be honored.

The Lord Jesus Christ can be sinned against in the Most Holy Eucharist in a variety of ways — unbelief, indifference, the contempt of irreverence, reception in a state of mortal sin, sacrilege — and that He is rightly offended by these actions, for human sin and divine righteousness cannot cohabitate. As Cardinal Ratzinger cried out in his 2005 Via Crucis in Rome:

Should we not also think of how much Christ suffers in his own Church? How often is the Holy Sacrament of his Presence abused, how often must he enter empty and evil hearts! How often do we celebrate only ourselves, without even realizing that he is there! How often is his Word twisted and misused! What little faith is present behind so many theories, so many empty words! How much filth there is in the Church, and even among those who, in the priesthood, ought to belong entirely to him! How much pride, how much self-complacency!

What we read of the Israelites in the Book of Numbers may be applied to the faithful who act unfaithfully: “Behold, we perish, we are undone, we are all undone. Everyone who comes near…shall die” (Num 17:12–13). The Eucharist is the sacrament of the Lord’s Passion. Those who approach and receive worthily are united to His mystical death and receive some share of its fruits; those who receive unworthily die the death of compounded mortal sin. All who come near can be said to die — some in order to live forever, and some, to incur the danger of dying forever (cf. Rev 20:6).

A much more difficult question arises, however, when we ask whether it is possible to say that Our Lord suffers when He is thus sinned against. Many such texts, from private revelations and from the works of theologians and spiritual writers, can be collated, all claiming that He can — as, for example, in St. John Vianney’s remarks about how an unworthy communicant crucifies the Lord again. To put the question more precisely: is there a way in which Our Lord may be said to suffer now, after His resurrection, by the things we do to His Most Holy Sacrament?

On the one hand, we know that Christ, having conquered sin and death, is no longer subject to suffering in His glorified state. The Protestant troops who desecrated hosts during the Reformation, trampling them underfoot or feeding them to the beasts, did not diminish Jesus, did not lessen His perfection or His glory; rather, the troops made themselves guilty of a horrendous crime for which they would have to suffer either in this life or in the next. On the other hand, in many approved private revelations over the span of many centuries, beginning in the Middle Ages and coming down to our own times, the Lord says that the sins of men cause Him to grieve, sorrow, and suffer. We must accept this as true in a mysterious way that we will never fully grasp in this life. 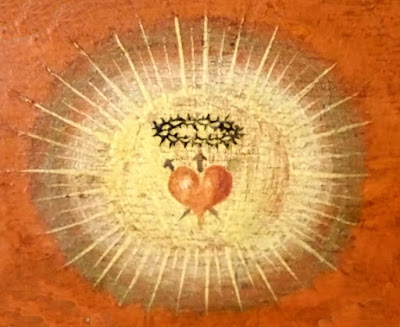 Bishop Athanasius Schneider recently weighed in on this question in the text of his “Sins Against the Blessed Sacrament and the Need of a Crusade of Eucharistic Reparation,” which was published many places online (e.g., here) and which was also published an an appendix to my last book The Holy Bread of Eternal Life: Restoring Eucharistic Reverence in an Age of Impiety (Sophia, 2020). His Excellency writes, inter alia:


To say that the Lord is not suffering because of the outrages committed against Him in the sacrament of the Holy Eucharist can lead to a minimizing of the great atrocities committed. Some people say: God is offended by the abuse of the Blessed Sacrament, but the Lord does not personally suffer. This is, however, theologically and spiritually too narrow a view. Although Christ is now in His glorious state and hence no more subject to suffering in a human way, He nevertheless is affected and touched in His Sacred Heart by the abuses and outrages against the Divine majesty and the immensity of His Love in the Blessed Sacrament….
Frère Michel de la Sainte Trinité gave a profound theological explanation of the meaning of the “suffering” or “sadness” of God because of the offenses that sinners commit against Him: “This ‘suffering,’ this ‘sadness’ of the Heavenly Father, or of Jesus since His Ascension, are to be understood analogically. They are not suffered passively as with us, but on the contrary freely willed and chosen as the ultimate expression of Their mercy towards sinners called to conversion. They are only a manifestation of God’s love for sinners, a love which is sovereignly free and gratuitous, and which is not irrevocable.”
This analogical spiritual meaning of the “sadness” or the “suffering” of Jesus in the Eucharistic mystery is confirmed by the words of the Angel in his apparition in 1916 to the children of Fatima and especially by the words and the example of the life of St. Francisco Marto. The children were invited by the Angel to make reparation for offenses against the Eucharistic Jesus and to console Him, as we can read in the memoirs of Sister Lucia: “…He gave the Host to me, and to Jacinta and Francisco he gave the contents of the chalice to drink, saying as he did so: ‘Take and drink the Body and Blood of Jesus Christ, horribly outraged by ungrateful men. Repair their crimes and console your God.’”…
Jesus Christ continues in a mysterious way his Passion in Gethsemane throughout the ages in the mystery of His Church and also in the Eucharistic mystery, the mystery of His immense Love. Well-known is the expression of Blaise Pascal: ‘Jesus will be in agony even to the end of the world. We must not sleep during that time.’… Jesus Christ in the Eucharistic mystery is not indifferent and insensitive towards the behavior which men show in His regard in this Sacrament of Love. Christ is present in this Sacrament also with His soul, which is hypostatically united with His Divine Person…. “Christ in the sacramental state sees and in a certain divine way perceives all the thoughts and affections, the worship, the homages and also the insults and sins of all men in general, of all his faithful specifically and his priests in particular; He perceives homages and sins that directly refer to this ineffable mystery of love” (Cardinal Franzelin).

Let it not be said that such language is exaggerated, sentimental, or imprecise. The mysteries of the life, death, and resurrection of Christ endure as long as His glorified humanity endures, which is to say, forever; and our behavior toward the Sacrament is our way of receiving Him or rejecting Him (cf. Prologue of St. John’s Gospel), of entering with love into His Passion, as did St. John at the Last Supper and upon the hill of Golgotha, or, conversely, of turning our backs to Him in company with Judas and the high priests, clamoring: “Crucify Him! Crucify Him!” We are all present to His soul and all have an effect on His soul.

All the sins that men have committed or will commit from the beginning of time until the end of time were distinctly present to Our Lord’s mind and heart throughout His Passion, from the Garden of Gethsemane until He breathed His last  upon the Cross, and therefore He has truly received injury and suffered pain from each of our sins, until the present order of creation shall be no more. Through the perfections of His human intellect (beatific and infused knowledge), Our Lord had knowledge of men’s sins, whenever they had been or would be committed, and for each sin He suffered pain. So what St. Alphonsus says in his traditional Stations of the Cross, viz., that it is my sins that are driving in the nails, etc., is perfectly correct. The mystical reality of this Passion — in its source, which is the charity of His heart; in its effect, which is our redemption; in its primary external sign, His wounds — remains present and active for all eternity. For Christ as our High Priest is “always living to make intercession for us” (Heb 7:25). 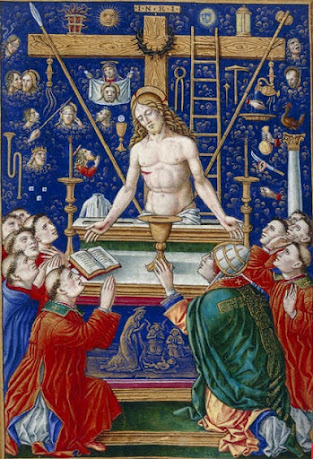 Moreover, we may say that Christ’s power of memory, being hypostatically united to a divine Person, has a greater depth and intensity than even our primary experience, dulled as it is by the limits of our nature and of our fallen condition. Therefore even His ever-living memory of His Passion is more intensely real than the experience of the same suffering and death would have been to any other human being. Could we not say that Christ’s memory of His suffering during His mortal life is more truly called suffering than our actual sufferings are? And if this is true, would they not deserve the strongest words we could give them? Yet this point could be argued against by stating that the mere memory of suffering (as St Thomas points out in speaking about the causes of pleasure) seems rather a cause for happiness, if the suffering itself has passed by.

A theologian suggested to me the following (admittedly highly speculative) possibility. We know that the possession of the beatific vision would “normally” render the possessor immune to all pain and all sadness, and yet that during His earthy life our Lord prevented the beatific vision from producing all its effects in His soul, for the sake of the Redemption. Is it impossible that in heaven, out of charity, and to provoke our charity, Christ allows some part of His soul still not to benefit from the normal effect of the beatific vision, so that there may be still some drop of sorrow, of want, in the midst of the joy of heaven? Might the same be the case for the Blessed Virgin, since private revelations seem to speak of her in very much the same way?

I conclude once more with words by Cardinal Ratzinger in his Via Crucis meditations:


His betrayal by his disciples, their unworthy reception of his Body and Blood, is certainly the greatest suffering endured by the Redeemer; it pierces his heart. We can only call to him from the depths of our hearts: Kyrie eleison — Lord, save us.