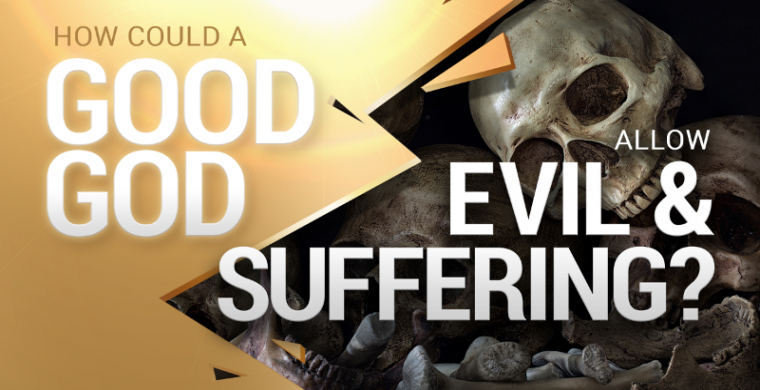 Ethical Dualism. Next, we shall briefly mention dualistic metaphysical theodicy. Several ancient religions, most notably Zoroastrianism and Taoism, posit that good cannot logically exist without counterbalancing evil. A prominent 17th century advocate of such ethical dualism was German philosopher Gottfried Wilhelm Leibniz, who was parodied in Voltaire’s Candide. Amy K. Hall notes that “Under this premise there cannot be good without evil . . . [but] as Christians, we know good can exist without evil because God is self-existent and was good without the existence of any evil.” R. C. Sproul adds, “If evil is a metaphysical necessity for creatures, then obviously Adam and Eve had to have been evil before the fall and would have to continue to be evil even after glorification in heaven.” All forms of ethical dualism hold that sin and suffering are “built-in” to ultimate reality, as the balance or counterpart to good, and thus it shall ever be, with no promise of change, redemption , or a “new heavens and new earth.” This is certainly far from a Christian worldview.

Process Theology. This heresy teaches that God did not create the world, and that the very existence of evil and suffering prove that God is impotent to do anything about it, and therefore imperfect and not omnipotent. John MacArthur states that process theologians “argue that [God's] knowledge and power must be limited in some way. They postulate that God is “in process”–getting better as He gets more information.” Jenkins adds that “In their view, God…does the best He can to bring about good and avoid evil, but is limited in what He can accomplish. Moreover, since the world has always existed and will always exist, it is not headed toward an ultimate goal.” Most perceptively, Mohler summarizes that “Process theologians have attempted to cut… [render] the Creator as one power among others…God is doing the best He can under the circumstances, but He lacks the power to either kill or cure.” This is something like the worldview of a Deist, with the admixture of a concept of a non-controlling God who likes to ineffectually meddle with his creation as a sort of hobby, with no particular eschaton in mind or even available. The process theologian looks in vain for God with sufficient power to intervene in his universe and stop evil and suffering. Again, this is far from a Christian worldview.

The quasi-evangelical revisionism promulgated by Clark Pinnock and others is in reality (as Pinnock himself admits) an attempt to revise classical Arminianism in order to make it more malleable and thus acceptable to waffling theologians who dislike such biblical doctrines as immutability and divine sovereignty. As Mohler says, open theists have attempted to cut God’s omniscience down to size, rendering Him as one mind among others…[they] argue that God is always ready with Plan B when Plan A fails. He is infinitely resourceful, they stress, just not really sovereign…the God of the Bible causes the rising and falling of nations and empires, and His rule is active and universal. Limited sovereignty is no sovereignty at all.”

John MacArthur further explains that Open theists surmise that the future must be unknown to God –”open” in the sense that it’s full of possibilities but unknowable because it hasn’t happened yet. The best their god can do is predict the possible outcomes, wait to see what occurs, and respond accordingly. They have essentially created a god without omniscience, whose excuse for evil is his own ignorance. The common thread…is their man centeredness–their determination that God’s nature cannot and must not offend human sensibilities…They want to determine who God is and what He is like rather than believing what He has revealed about Himself. They have in effect set themselves above God.

The open theists have a very defective worldview indeed, with a God who, in his desire to “make nice” with his creation, is in the end impotent and unable to rule his creation with any degree of certainty. Not even certain how everything will turn out and what decisions his creatures will make, how can the God of the open theist possibly foreordain all things for good, much less arrange things in such a way that there is no evil or suffering without a purpose?

It is readily apparent that there is some overlap between the following listed approaches, worldviews among Christians often being elastic or indeterminate to some extent. However, in order to cover this topic more efficiently, they shall be dealt with individually.

Sole Human Culpability. This form of moral reductionism simply holds that suffering is man’s fault, not God’s, due to the Fall, and he must live with the results. This concept did not escape the thinking of novelist Dostoevsky, who has his protagonist Ivan exclaim, “I say nothing of the sufferings of grown-up people, they have eaten the apple, damn them, and the devil take them all!” In his review of Wright, Carson brings up another famous Russian writer: “Solzhenitsyn has it right: a sober assessment of where human evil lies acknowledges that the line between good and evil runs right down the middle of all of us (an affirmation to which Wright keeps returning), not somewhere between “us” and “them.” While there is much ontological truth in this worldview, this an overly simplistic approach which fails to account for many factors, and in the end leaves its adherents in a quandary of despair like Dostoyevsky’s Ivan, resigned to the way things are.

The Adamic Curse. Closely related to the worldview immediately preceding is the worldview which emphasizes that suffering in both the human and the natural worlds is the inevitable result of the curse. (Some would even say that they are one and the same, but they can be distinguished on the grounds that the former emphasizes the direct culpability of man, whereas the latter can emphasize the despair and hopelessness of the situation. It is quite correct per se; as Sproul says, “The judgment of God upon the human race was a judgment that extended to all things over which Adam and Eve had dominion, including the whole earth. The curse is spread far beyond the house of Adam into every crevice of God’s creation. The reality of this curse puts a weighty burden and uncomfortable cloak upon all of life. It is indeed a cloak of pain.” The problem with this worldview comes when some ignore, or by their very lifestyle fail to emphasize, any future hope for change. If a person if not living with the new heavens and the new earth in mind as a goal and aspiration, the question is, is their worldview truly Christian? Can anyone whose thinking and motivations are centered in this life, rather than God’s will and the future, be said to have a truly Christian worldview?

Human Autonomy. In some ways similar to open theism, perhaps the most frequently-voiced theodicy among evangelicals in our generation is man-centered autonomy. MacArthur acerbically says it all when he tells us that

Autonomous theodicy teaches that the cause of evil is the abuse of creaturely free will. This is a very sentimental approach. It begins with the assumption that God would never willingly ordain evil, decreeing a plan for His creation that unleashes so much misery into His universe…human free will trumps everything else on God’s scale of values, so…God had to allow for the possibility of evil in order to protect His creatures’ highly prized autonomy…A God who would willingly permit evil or sovereignly choose whom to save is a God that some people just can’t live with, so they reinvent Him to reflect their own priorities — in this case, that means an emphasis on the nobility and value of their own free will that frankly is found nowhere in the Bible.

1. When Mark Twain wrote his biting satire on Christian Science (eventually, the cult paid him off handsomely to stop publishing the work), he has a character notice a cat’s yowling reaction to having its tail squashed by a rocking chair. He asks if the cat was having a “mistaken mental illusion.”

4. “For behold, I create new heavens and a new earth, and the former things shall not be remembered or come into mind” (Isa. 65:17, ESV).

Thoughts on The Problem of Evil and Suffering (Part 2)

In discussing the problem of evil and suffering, it must be recognized that first and foremost, this is essentially a worldview question, and it can only be answered effectively by worldview considerations. In the case of the unbeliever, we are dealing with his ontological understanding of both the primary and quiescent attributes of the Godhead; in the case of the believer, we are dealing with the reconciling and fine-tuning of his understanding of the same. We shall begin by briefly discussing various common understandings of and reactions to the question of evil and suffering, followed by the offer of a Christian apologetic for the same.

Invalid Approaches to the Problem of Evil and Suffering

Idealism/Illusionism. Perhaps the most irrational and unsatisfactory answers to the problem of suffering are those offered by Mahayana and Tibetan Buddhism, Sanatana Dharma (Hinduism), and the “Church of Christ, Scientist” cult, all of which teach that suffering, along with sin and death, are all simply illusions. Since these are all rooted in pagan worldviews which do not even take the ontological realities of the Godhood seriously, they shall merit no further concern.