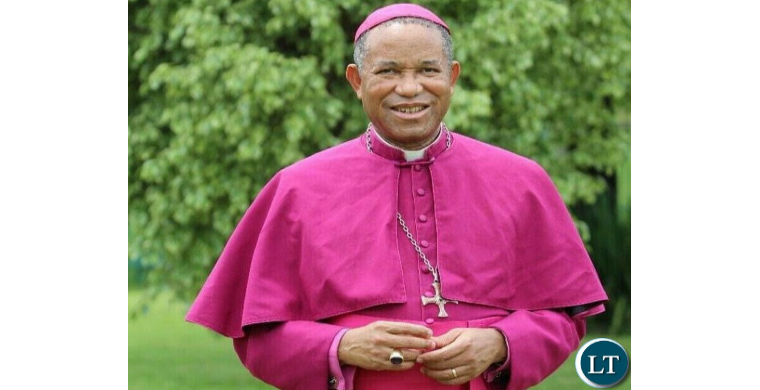 Bishop Mwamba is motivated to contest the position of the party president out of his desire to renew the former ruling party which he believes given good and qualitative leadership, can form government in the coming elections billed on 12th August 2021.

Once elected into office, Bishop Mwamba said, the UNIP government will focus on values of integrity, empowerment, to improve the welfare of every Zambian and that policies will have the interests of Zambians at the centre of everything and build from there.

He observed what has nurtured the poverty the people are enduring today is failure by the leaders to embrace the values which the founding fathers left behind.

Bishop Mwamba said UNIP under the new leadership will not only be the conscience but also the light to the nation.

He said Zambia was founded on the values of love, sharing the available resources with one another equally.

He said it is disheartening to see people today in a country endowed with resources angonising in abject poverty.

He observed that when UNIP was in power, it not only succeeded in building a united state and provided for citizens with means of survival but also helped the neighbouring countries that were ravaged by internal instabilities without losing focus on its responsibilities.

It is the desire of Bishop Mwamba not only to bring back Zambia to its original values where citizens used to live as one but also share the resources equally without losing the focus.

He wants also bring the value of lost value of discipline and hard work for good economic growth and prosperity.

Dr Mwamba is inviting all progressive Zambians, especially the youth, to join forces with UNIP to recreate a Zambia that will be the beacon of hope and prosperity.

Bishop Mwamba said his doors are open and looks forward to interacting with various stakeholders.

He says as a UNIP presidential hopeful he has observed that more than ever before, Zambia today need a leader who is not only a God fearing and a unifier but also reconciler who will bring a divided nation together.

Dr. Mwamba, a serving Bishop from the Anglican Church and married to Mmasekgoa Masire-Mwamba who is Botswana’s Ambassador to Germany, said in an interview that when he becomes president of the former ruling party the United National Independence Party (UNIP), he will not be inventing new values to unite the people but renew the already existing values which the forefathers used to unite and guide the nation to prosperity.