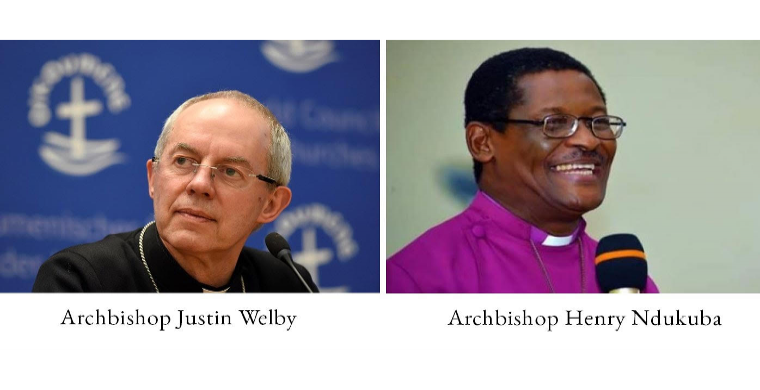 “I completely disagree with and condemn this language. It is unacceptable. It dehumanizes those human beings of whom the statement speaks,” blasted Welby.

“I have written privately to His Grace the Archbishop to make clear that this language is incompatible with the agreed teaching of the Anglican Communion (expressed most clearly, albeit in unsuitable language for today, in paragraphs c and d of resolution I.10 of the Lambeth Conference 1998). This resolution both restated a traditional view of Christian marriage and was clear in its condemnation of homophobic actions or words. It affirmed that “all baptized, believing and faithful persons, regardless of sexual orientation, are full members of the Body of Christ.”

Welby said The Anglican Communion continues to seek to walk together amidst much difference and through many struggles.

The mission of the church is the same in every culture and country: to demonstrate, through its actions and words, that God’s offer of unconditional love to every human being through Jesus Christ calls us to holiness and hope, said Ndukuba.

The statement arose out of the context of an ACNA statement put out by the ACNA College of Bishops calling for understanding and compassion towards homosexuals but refusing to back down on Scriptural prohibitions of homosexual behavior.

Bishop Felix Orji, who leads the Anglican Diocese of the West and is Coordinating Bishop of CONNAM, roared that The Archbishop of Canterbury had sold out to theological Liberals long ago. Welby has been a proponent of the homosexual agenda since his appointment and has been defending the homosexual agenda to corrupt North American Anglicanism, he said.

Orji said Welby lacks the credibility for any weighty statement worthy of attention on the matter of human sexuality at hand.

The Primate of Nigeria is correct in his Statement because “Sexual perversion, especially homosexuality, has infected the world. We need to exercise extreme caution lest our children become infected”.

“The Archbishop of Canterbury gives the impression that he is supportive of ACNA but in reality, he hates ACNA so his Statement against the Statement of the Primate of the Church of Nigeria on sexuality matters is simply a sly maneuver to another one of his nefarious ends.”

The Archbishop of Canterbury Justin Welby blasted the Anglican Primate of Nigeria, the Most Rev. Henry C. Ndukuga over his comments about homosexuals, citing certain sections of Lambeth Resolution 1:10.

The Nigerian primate said homosexuality was a “deadly virus” and continued saying, “[homosexuality] is likened to a Yeast that should be urgently and radically expunged and excised lest it affects the whole dough”. He also stated that “secular governments are adopting aggressive campaign for global homosexual culture.” (sic)