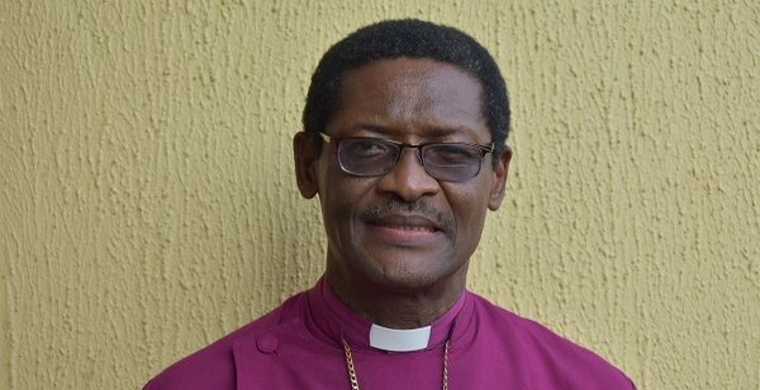 Ndukuba who is one year in office on March 25 as Primate said the Anglican Communion in Nigeria is not averse to relating with other churches across the globe noting that “In ministry, we are all united in one. We are linked up with other provinces outside Nigeria. We are working in partnership with the global south and other churches in Africa.”

He however said the Church of Nigeria had to redefine herself because of the present-day heresy and dangerous teachings that negate the word of God in some parts of the world.

He observed that some church leaders are questioning the authority of God and the Lordship of Jesus and thereby want to change the scripture and preach a new gospel.

“The church recognises sister provinces that hold to the Bible. Anything that is not taught in the word of God must not be upheld. We cherish our time-tested Anglican heritage and doctrine as contained in the Word of God, the book of common prayer, and the creed. These have proven to be sufficient for us to work with God,” he said.

He wondered at the new-found fancy theology that is now elevating human culture above the Bible saying, “it is worrisome that some professed Christians are elevating the practice of things we can’t even find among low-class animals. Some of the churches that brought the gospel to us have fallen into the same error. As Paul said, even if it is an angel that preached another gospel, let that person be an anathema. The Church of Nigeria is in relationship with those who cherish the Bible and are ready to live in accordance with the Word of God.

“If we fail to allow the word of God to guide us, we have failed. We will work with all those who are ready to obey God and follow Him” he said.

He commended past primates of the Church of Nigeria including The Most Revd Peter Akinola who was instrumental in the founding of the Global Anglican Future Conference (GAFCON) and the Anglican Global South noting however that these fellowships have been infiltrated by those with strange doctrines.

“Some have compromised. Even within GAFCON if care is not taken some will compromise. The measure of our relationship with others will be dependent on their stand on the word of God and how they submit to the teachings and authority of Jesus.”

He said any church leader who challenges the authority of the Word of God is cutting himself away from us.

“That which the Word of God condemns stands condemned. The issue that made God destroy Sodom and Gomorrah will not be tolerated, we will not bow down to Babylon. We prefer to be orthodox, faithful, and obedient.”

Referring to the pastoral letter by the College of Bishops of the Anglican Church of North America (ACNA) which tolerated same-sex persons within their fold, he said, “We believe that when we see danger signs, we should raise the alarm. The same signs we saw in The Episcopal Church, CANADA, and the UK. When we saw some things that are going on, the pastoral that allows bishops to do what they want on the issue of sexuality and for another group to give an open invitation to gay priests cannot be tolerated.”

While declaring that what is at stake are faith and order he said, “No one province can take a unilateral decision on issues of faith,”

He added however that the issue of some being influenced by this awkward theology is being tackled. “The leadership of GAFCON is looking into it. We have played a key role in founding GAFCON as a rescue mission. As many that want to continue in the old path are welcome.”

Church of Nigeria, Anglican Communion not tied to the apron of Canterbury-Ndukuba

Anglican Archbishop and Primate of All Nigeria, The Most Revd Henry Ndukuba has said the Church of Nigeria, Anglican Communion is not tied to the apron of Canterbury thereby not obliged to take orders from it.

Ndukuba made the remark during an interview on the Advent Cable Network Nigeria (ACNN) on Thursday monitored by Church Times Nigeria.