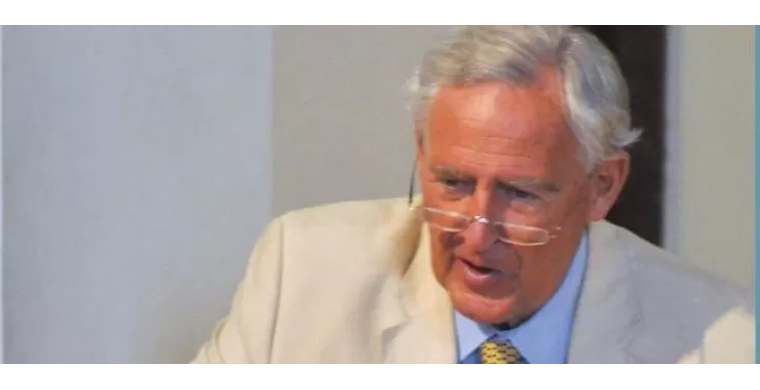 “This behavior demonstrates a gross abuse of power and is far beyond anything which can be deemed acceptable or appropriate from a minister in a position of power, trust and responsibility,” the report stated.

“It is the opinion of the Reviewers that the aspects of unhealthy culture at Emmanuel Church Wimbledon and more broadly across the affected Conservative Evangelical constituency might only be addressed fully by those having played a key role in the establishment and maintenance of that culture to no longer enjoy the influence they have had to date, that is, considering their positions and stepping down.” Will they?

Some 98 participants were interviewed as were an additional 27 victims of those who had experienced the behaviors focused on in this report.

Asked to respond to the charges, Fletcher declined to be interviewed. Fletcher, vicar of Emmanuel Church, Wimbledon for 30 years, (1982-2012), had his Permission to Officiate (PTO) removed and he cannot conduct official ministry within the CofE. He is not married. He was highly regarded as a Bible teacher.

The evidence revealed that bullying/spiritual abuse was known prior to 2017 with little or no action taken to address by role holders and leaders at ECW.

Other instances of his behavior included coercive and controlling behaviors in staff meeting and in church life. The term “spiritual abuse” described his behavior. A number of participants spoke of a shame culture in Bible studies. These behaviors were also spoken about in relation to preaching groups, staff meetings and Bible study weekends. “JF would stop the study and ridicule you but in a charming way — it was never overt or harsh, always wrapped in charm — a steel fist in a velvet glove — this made it worse so you couldn’t challenge it because he was so charming.”

“Correspondence is one of his chief tools for manipulation — ironically letter writing has been one of the things people have celebrated most in his ministry.”

“I think he was prepared — always the same baby oil, cushions, heater in the study — so it didn’t look unusual, it was something that was there all the time.”

The naked saunas were less well-known amongst participants than the spiritually abusive/bullying behaviors though those that were involved with these activities were aware of others also having naked saunas with JF. The naked massages were also less well known and were reported to be more hidden and secret.

“It has been made clear to me from others (after 2017) that JF “normalized” the behavior by saying many people found it spiritually helpful by dropping in the names of other people who participated.”

On the balance of evidence, the Reviewers concluded that the spiritually abusive /bullying behaviors were in plain sight and same were reported to leadership within ECW prior to 2017.

The reviewers say Fletcher was involved in many networks of the CE constituency and was very influential in many evangelical circles promoting “muscular Christianity and exclusivity” which pervaded much of the culture. Some of the delayed disclosures was because of Fletcher’s personality and influence and beyond ECW in which he held relational and institutional power.

ECW sought external safeguarding report. But a safeguarding audit and interviews demonstrated a lack of policy, process and procedure in place within ECW during Fletcher’s period as vicar. There were insufficient and protective accountability both internally and externally.

The role of Iwerne camps and the interconnection with ECW was made by many throughout the interviews. Two current reviews are taking place, said the report.

Last month, Thirtyone:eight an independent Christian charity which helps individuals, organizations, charities, faith and community groups to protect vulnerable people from abuse, confirmed that “the review has been of interest to the Metropolitan Police and discussions with them are ongoing in relation to this.”

A 146-page independent report on the sexual activities of Jonathan Fletcher a powerful evangelical leader in the Church of England, commissioned by Emmanuel Church Wimbledon (ECW), revealed “harmful behaviors” including coercion and control, bullying and spiritual abuse. There are reports of naked massages and saunas, forfeits including smacking with a gym shoe, and ice baths.

One incident of a sexual nature included Fletcher telling one man to perform a sex act in front of him and when he did not, Fletcher performed the act instead.