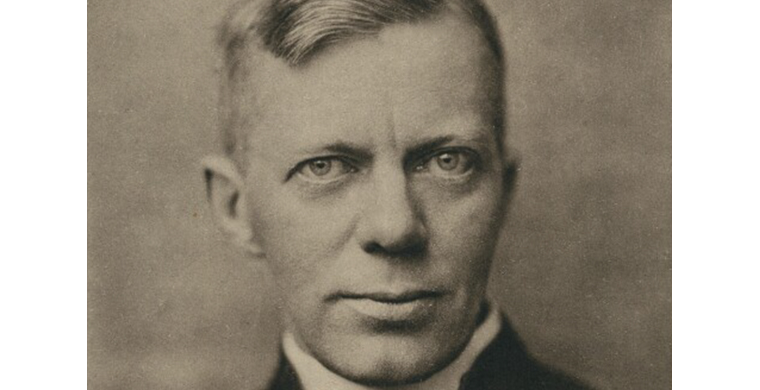 Unsurprisingly, there was outrage. On 13th November 2015, Judge Alan Pardoe QC described the way the allegations against Bishop Bell had been handled as “slipshod and muddled.” Judge Pardoe’s criticisms were followed by further censure from a group of historians and theologians led by Jeremy Morris, Master of Trinity Hall, Cambridge.

The Bishop of Chichester replied with insouciance and a volley of jargon to these criticisms: “The Church is seeking to move on from a culture in which manipulation of power meant that victims were too afraid to make allegations, or allegations were easily dismissed. We must provide safeguards of truth and justice for all, victim and accused alike.”

But there were no “safeguards of truth and justice” for Bishop Bell who was condemned without a hearing.

The outrage did not subside and a committee of senior church people, distinguished lawyers and members of both the Lords and the Commons calling itself The George Bell Group was formed. On 20th March 2016, this group published a review in which they challenged the Church’s evidence against Bishop Bell and attacked it for failing to find or interview a key witness or examine Bell’s own extensive personal archive.

On 30th June 2016, the case formed a large part of a debate in the House of Lords on historical child sex abuse.

On 28th June 2016, the Church of England announced that it would hold an independent review of the procedure used. On 22nd November 2016 it announced that Lord Carlile QC would chair this review

Meanwhile, the George Bell Group declared: “In view of the evidence that we have gathered and examined, we have concluded that the allegation made against Bishop Bell cannot be upheld in terms of actual evidence or historical probability.”

Lord Carlile’s report was eventually handed to the Church authorities and they kicked it into the long grass.

So much for Bishop Martin Warner’s vaunted “…safeguards of truth and justice for all, victim and accused alike.” All along, the only interests being safeguarded here were those of the Bishop of Chichester and the Archbishop of Canterbury. We know very well why these authorities leapt so precipitately to condemn Bishop Bell out of hand: it was because they had previously had to admit to the existence of so many perpetrators of sexual abuse among the senior clergy — especially in the Diocese of Chichester. Warner and Welby, to salvage what remained of their reputations, wanted desperately to appear to be doing something

Thus the name of the safely-dead Bishop George Bell was tarnished because the Church’s highest authorities sought to cover their own backs.

Let us be in no doubt as to the seriousness of the Church’s misconduct so eloquently criticised in Lord Carlile’s report. He said that Bell had been “hung out to dry,” he added that the Church’s procedures were “deficient, inappropriate and impermissible”; “obvious lines of enquiry were not followed” and there was “a rush to judgement.”

In the light of this scandalously incompetent behaviour, the least that might have been expected from the Archbishop of Canterbury was a profuse apology to Bishop Bell’s descendants, family, friends and numerous supporters for the distress his decisions have caused them. Was there such and apology? There was not. Instead Justin Welby persisted in his mood of arrogant vindictiveness, saying, “A significant cloud is left over George Bell’s name. No human being is entirely good or bad. Bishop Bell was in many ways a hero. He is also accused of great wickedness. Good acts do not diminish evil ones…”

This is outrageous. True, Bishop Bell was “accused of great wickedness” — but he was not found guilty of any wrongdoing. And there is no “significant cloud” over his name. There is, however, certainly a very dark cloud over Welby’s name after his lamentable performance in this matter.

Lord Carlile didn’t mince his words: “The Church operated a kangaroo court.” He added that the church authorities have “besmirched.” Bishop Bell’s name. Sussex police have repeated their judgement that there is “no evidence” against him.

Welby has described the church’s enquiry as “Very, very painful.” For him yes, as indeed it ought to have been owing to his disgraceful and dishonourable conduct of this issue from the start. So to answer the question put to me this morning by the Bell Group, “How should we proceed?” There is only one answer and it is clear: the Bell Group should call for Warner and Welby to resign — as indeed they ought to have done once Lord Carlile’s report had been published.

Resign, Bishop Warner! Resign Archbishop Welby!
Bishop George Bell (1883-1958), Bishop of Chichester, has been judged and condemned without any case brought for his defence.

After many years as Rector of a parish in the City of London, I am happily retired to the south coast. I live at the foot of the South Downs and half a mile from the sea. There is a first rate butcher’s shop and I shall — once we are let out of prison — revisit our cheerful local pub. There is only one drawback to being a priest in the Diocese of Chichester and this takes the form of my boss by whose permission I am licensed to officiate. The Rt Rev’d Martin Warner, Bishop of Chichester. Of course, Warner’s boss is Justin Welby, Archbishop of Canterbury — and he represents another drawback. I will explain…

Bishop George Bell (1883-1958), Bishop of Chichester, has been judged and condemned without any case brought for his defence. An elderly woman came forward in 1995 and claimed that Bishop Bell had sexually abused her fifty years earlier. The authorities took no action. The woman complained again in 2013, by which time Bishop Bell had been dead for fifty-five years. The police concluded that there was sufficient evidence to justify their questioning Bishop Bell, had he been still alive. Martin Warner, Bishop of Chichester, discussed the matter with Justin Welby, Archbishop of Canterbury and in 2015 the Church of England offered a formal apology to Bishop Bell’s accuser, paid her an undisclosed sum in compensation — later revealed to have been £31,000 – and allowed her to remain anonymous. The Church authorities ordered that memorials to Bishop Bell be removed and institutions — such as the Bishop Bell School, Eastbourne — should change their names. So this highly-regarded wartime bishop was effectually condemned to the status of a non-person.