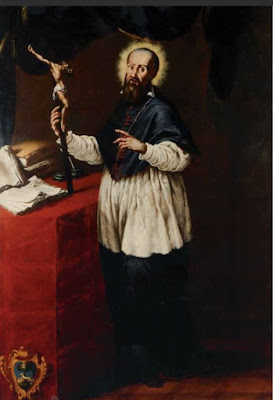 If the Eucharist is, as Pope Benedict XVI calls it, the “great school of love,” [1] then it is fitting that the prayers of the Eucharistic liturgy should at least on occasion attempt to school our desires. The Collect of the Fourth Sunday after Easter is a fine example of this effort:

Which I translate as:

Although neither the Resurrection nor the Ascension is mentioned, the Collect indirectly echoes the themes of the season. God is described as He who makes the minds of the faithful to be of one will. This statement of fact offers a pleasing juxtaposition between intellect (mens) and will (voluntas), but it also hearkens to the Easter Vigil, when some of the children of wrath and discord were baptized and became adopted members of one harmonious family. Similarly, the apodosis’ eloquent contrast between the changing things of this world and the place “where joys are true” anticipates the Epistle reading’s characterization of the “gifts from above” coming from a God in “whom there is no change nor shadow of alteration,” (James 1, 17) while the petition to fix our hearts where joys are true foreshadows the Collect of the Ascension, which prays that our minds may dwell amidst heavenly things.
The final petition regarding our hearts is also the culmination of the Collect’s initial double petition for love of what God commands and for desire of what He promises. The importance of this twofold petition is highlighted by asyndeton, the deliberate omission of the conjunction “and” between the two separate requests. Asyndeton also quickens the pace, lending to the prayer a certain breathless urgency.
Each request is noteworthy. It is not enough to do what God commands; one must love His commandments as well. A citizen who obeys the law merely out of fear of punishment is not truly just, and a believer who avoids sin merely to avoid Hell is not truly holy. As Aristotle reminds us, the happy life consists of knowing the good, doing the good, and loving the good. And God’s commandments are surely good.
The petition to desire what God promises is also important but perhaps a little puzzling. One can understand the need to pray for a deeper love of God’s commandments. How many people, for example, truly love the command to be moderate? I may appreciate moderation because of the benefits that it brings me (better health and appearance, longer life, no DUIs, etc.), but it is difficult to get excited about the virtue of temperance, that is, to love it for its own sake. The things that God promises to His elect, however, should be things that are easy to desire. Who would not be thrilled about eternal bliss, about seeing God and the Saints face to face, about the resurrection of our bodies and their transfiguration into super “spiritual bodies”? (1 Cor. 15, 44). And yet human frailty being what it is, even these things can be viewed apathetically, and even by believers. Original sin and the allures of this world are such a powerful combination that even the people of God need divine help in getting excited about Heaven.
That said, it is significant that the Collect does not ask for an escape from the changing things of this world but for an Archimedean point from which to remain unaffected by them. I recently heard a dreadful sermon by a new and allegedly traditionalist order in which the speaker implied that it was all but impossible to be saved unless one entered the cloister. Apparently the good friar had never heard the words of St. Francis de Sales:

It is an error, or rather a heresy, to say that devotion is incompatible with the life of a soldier, a tradesman, a prince, or a married woman. [2]

Saint Francis also has a delightful extended metaphor that I believe illustrates the Collect’s final petition and on which I end:

Just as the pearl oyster lives in the sea without ever taking in a drop of salt water, and just as by the Chelidonian Islands springs of fresh water may be found in the midst of the sea, and just as the firefly passes through the flames without burning its wings, so also can a vigorous and resolute soul live in the world without being infected by worldly ways, can discover sweet springs of piety amid its salt waters, and can fly through the flames of earthly lusts without burning the wings of the holy desire for a devout life. [3]

Thanks be to God, once schooled in love, there is no place that a Christian heart cannot thrive.
Notes
[1] 2007 World Youth Day address.
[2] Introduction to the Devout Life, 1.3
[3] Introduction, Preface.