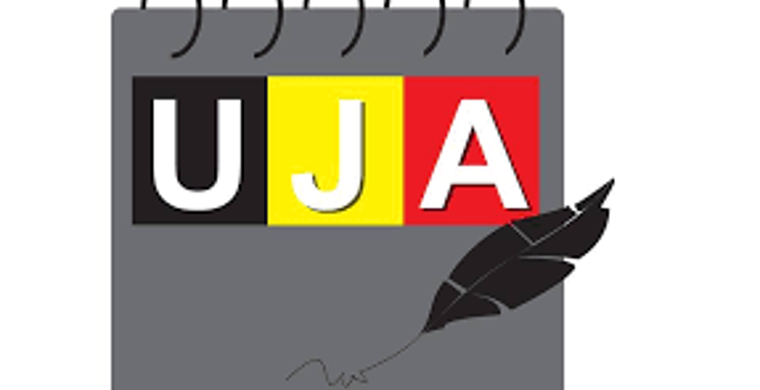 A launching ceremony was held at St. Paul’s Cathedral in Kampala where the Anglican Church in Uganda is headquartered. The ceremony commenced with a Church service marking World Journalist’s Day.

The Association has over 300 registered Anglican journalists scattered across the country. It includes both male and female journalists from various media houses including print, broadcasting and television.

According to one of the officials in the association, Peter Mulondo, the decision to form the association was made by a number of Anglican journalists who were battered by police and army during the last presidential and general elections.

“Many journalists were harassed and beaten by security agencies during the recent elections. Among them were 20 Anglican journalists. Some were beaten so seriously that they were admitted to hospitals,” said Mulonda.

“They came up with an idea of forming an association to raise funds to help their colleagues which among other things to help Anglican journalists who land in problems like being harassed and injured by security agencies.”

He said that apart from fighting for their rights they are also want to use the association to promote the Anglican Church in the country.

“We have established offices in all the dioceses in the country. Those offices will help us to easily coordinate with the Churches and link up with fellow journalists,” said Mulondo.

The chief guest at the launching ceremony, Deputy Speaker of parliament Gilbert Oulanya advised the Anglican journalists to always be professional while doing their duty. He said that at times some journalists land in problems because they act unprofessionally.

“Journalists play a big role in our society. I am happy that you have established an association. I urge you to always report the truth. You should always be fair in your reporting and ensure that what you report leads to the country’s development,” he said.

The Bishop of Namirembe, Wilberforce Kityo Luwalira represented Archbishop of Uganda, Stephen Kaziimba at the ceremony. He passed along the archbishop’s message of support and blessing.

“We are here today to honor you for great work done with us in the Church of Uganda. The archbishop has not been able to be here due to other duties but he said he supports the idea of your starting the association and has promised to work with you. He said you are God’s ambassadors. We thank you for your contribution,” he said.

Anglican journalists in Uganda have formed an association called the Church of Uganda journalists Association.

Among the objectives of the association is fighting for their rights, supporting colleagues in problems and promoting the Anglican Church.

The Archbishop of the Anglican Church in Uganda Stephen Kaziimba has given the association his blessing and has promised to work with it; with the aim of fighting for human rights and development in the country.

Loading...
"Not by might, nor by power, but by my spirit, saith the Lord of hosts." Zechariah 4:6
BEFORE IT'S NEWS ON TELEGRAM
GET THE TELEGRAM APP - https://telegram.org/ JOIN OUR CHANNEL - https://t.me/BeforeitsNews
Read it..
BEFORE IT'S NEWS
SIGN UP FOR OUR NEWSLETTER
Today's Top Stories
Juan O Savin – The REAL Story Of The Obama’s, Epstein!
"True Information" Tidal Wave Is Crushing The Deep State, Encouraging Truthers! Pray! - AWK Must Video
We Are Living Through The Deep State's Last Days! - On The Fringe Must Video
Gene Decode DUMBs in China, Asia, Australia, NZ, Netherlands and Europe via CirstenW
Benjamin Fulford – “World Military and Intelligence Agencies to Remove Western Civilian Governments”
X22Report: If You Know The Deep State Playbook How Can You Trap Them For The World To See? - Must Video
New Robert David Steele & Charlie Ward: God's Agent
Simon Parkes - Current Vital Update (Video)
Magnetism - Intentionally Added To mRNA Shot! Warning Label: Not For Use In Humans! - Must Video
New ShariRaye: Elites Arrested & Executed!
Loading...
Featured
Magnetism and Reactions
X22Report: The Economic Crisis Narrative Begins! It’s Time To Wake Up The People! - Must Video
Inflationary Thursday – CPI Keeps Going Up
Tucker Carlson opener on Kamala Harris is excellent
Simon Parkes - Current Vital Update (Video)
🚨DO NOT TAKE PCR TEST or CV19 VACCINE; BEFORE WATCHING THIS MIND-BLOWING REVELATION!!!
Benjamin Fulford Robert David Steele Weekly: Wall Street Being Cleaned Up! World Leaders Being Culled! - Must Video
Why Do The WOKE 'Anti-Racist' Leftists Turn Out To Be The Most Openly Racist Haters? - Must Video
COVID Conspiracy Laid Bare by Dr. Anthony Fauci’s email Correspondence
Vaccinated Blood – The Dilemma Of COVID’s Experimental Transfusions
Top Global
🚨DO NOT TAKE PCR TEST or CV19 VACCINE; BEFORE WATCHING THIS MIND-BLOWING REVELATION!!!
Foo Fighters, Springsteen, Strokes Only Allowing ‘Fully Vaccinated’ to Attend Concerts
What Those Holes in Your Electrical Plugs Are for
TPTB Won’t Like This: Mexican tv show try to debunk the magnet challenge but watch what happens!!
Turkey’s Offer to Run Kabul Airport Aims to Project Power Over Kashmir Against India
Essential Facts That You Need to Know About Bitcoin!
How to Get Your Bitcoin: Follow These Steps
7 Lessons We Need to Learn From Covid-19Maybe it’s wishful...
Reiner Fuellmich: Worldwide Legal Cases & What's Coming This Fall & Winter
Dr. Vernon Coleman: Lies on the BBC Will Result in Children Dying
Loading...
Top Alternative
Team Federal Shooters Finished on Top at Trapshooting Championships
12 Genius Inventions That Should Exist Everywhere
12 Most Unusual Restaurants That Actually Exist
Foo Fighters, Springsteen, Strokes Only Allowing ‘Fully Vaccinated’ to Attend Concerts
Cicadas: Don Your Gay Apparel And Let’s Get It On
Top Recipes for Quick Dinner – UK Style
What Those Holes in Your Electrical Plugs Are for
Want to Control Your Dreams? Here's How You Can - Lucid Dreaming
Pre-Mud Flood: Tartaria Tech Uncovered! The World We Lost! Must See Videos !!
Kennedy on Fox Border Crisis, Filibuster