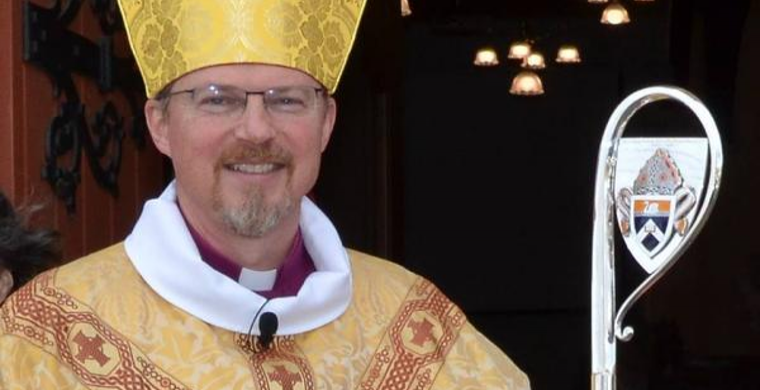 This was, therefore, not a motion from the floor of the synod but one directly endorsed by the Bishop Richard Treloar. He is now on the record as telling his diocese (and the wider Anglican Church of Australia) that marriage is not the standard for chastity and that sex outside of marriage is a moral good, albeit within a “committed and monogamous” relationship. How “committed” is to be defined is not clear.
Dr Treloar’s appointment was announced three years ago and it was clear even then that he would be at the vanguard of pushing doctrinal revisionism in the Anglican Church of Australia. He made a submission to the Australian Parliament considering amending the Marriage Act and stated,

I would rejoice in the privilege of solemnising the marriages of dozens of same‐ ex couples whose relationships we have celebrated in other ways over the last decade.

At the time davidould.net asked,
Given the overwhelmingly conservative nature of the 2017 General Synod motions and the recent bishops’ agreement (albeit the exact details remain unknown), how can Treloar be consecrated as a bishop who promises to uphold, promote and defend church teaching when he is not only on the public record as being categorically opposed to it on a (perhaps the) key issue of contention but has even indicated that he may have already broken church law and teaching on the issue on multiple occasions?

How can Treloar himself make those promises in good conscience?
How can other bishops consecrate him when they now know for sure he does not genuinely believe and support “the doctrine of our church and the teaching of Christ” in this key matter?

GAFCON Australia has issued a clear response:
This statement follows on from last year’s “Commitment 2020″ which stated:

We know that some bishops already have failed to discipline clergy for breaking biblical standards of conduct. Some dioceses have changed their official standards (through changes to Faithfulness in Service) to allow those who do not practise chastity in singleness to exercise ministry and leadership. We suspect that some of our bishops hold doctrinal positions that are contrary to the formularies of the Anglican Church of Australia.

We recognise that for some orthodox Anglicans these changes will be intolerable. Clergy and lay people will find they cannot accept the leadership and authority of their bishop in these situations and will not be able to submit to the resolutions of their Synods. We know that many Anglican clergy, lay people and congregations will feel they have no other choice than to disaffiliate from the Anglican Church of Australia because of these things.

The decision by the Bishop of Gippsland to promote such a move is something obviously directly addressed by the Commitment 2020 document.

The Diocese of Gippsland, at its recent synod, has voted to change its own version of Faithfulness in Service, the national church’s guidelines for standards in ministry, to remove the classical definition of chaste relationships (marriage between a man and a woman) and replace it with a more ambiguous definition of “committed and monogamous relationship”. The resolution came from Bishop-in-Council and was endorsed by Bishop Richard Treloar in his Presidential Address.

The Gippsland Anglican reports in its June edition:

One of the Bishop-in-Council motions was to add a preamble to Section 7 of Faithfulness in Service so that a member of the clergy or church worker in a committed and monogamous relationship is not considered to be breaching two clauses therein “because that relationship does not have the status of a marriage solemnised according to an Anglican marriage rite.” The clauses in question refer to “chastity in singleness and faithfulness in marriage.”

In his presidential address, Bishop Richard said, “… for years, we have been expecting people who are in faithful, committed relationships that either do not constitute marriage, or do not correspond with our church’s doctrine of marriage, either to sign [up to Faithfulness in Service] with their fingers crossed, or to walk away. Why should their conscience bear that burden?”