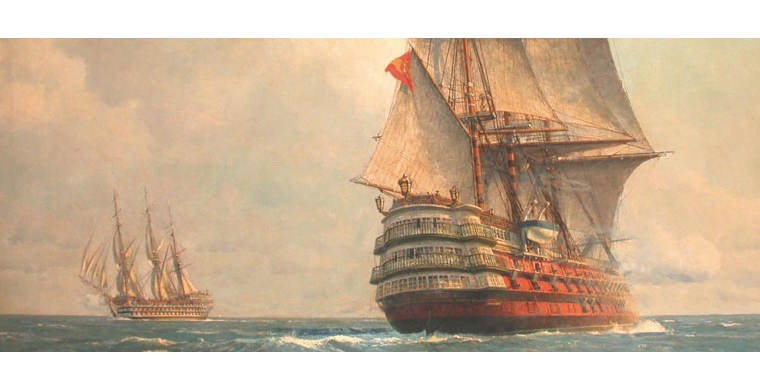 Likewise, homosexuality was only the surface-level reason for the NALC’s formation. Factions of the Evangelical Lutheran Church in America (ELCA), founded in 1988, had long lamented the loss of confessional commitment amidst the raft of ill-conceived ecumenical agreements the ELCA promptly established with other mainline Protestants in the 1990s. Some didn’t like that the ELCA had downgraded its Lutheranism. Others felt the ecumenical direction wasn’t serious enough about reunion with Rome. Both sides — their differences only partially concealed — worked together to oppose a series of efforts to revise the ELCA’s position on human sexuality. And when the ELCA did finally change, many (though certainly not all) dissenters made plans to leave. Not long after, the NALC was founded.

Both communities are now over a decade old. This is about the time that it’s appropriate to consider what has happened so far and what is yet to come. What identity do the ACNA and the NALC actually have? As churches with related trajectories, what do they have in common and what’s different? Such self-reflection is good for synods and provinces as they consider what they exist to do.

As it turns out, the situations in these two churches are strangely distinct. There are areas where their sensibilities cut across one another in unexpected ways. The direction these two communities have gone is sometimes paradoxical. This is particularly interesting given that, on some level, they actually share a seminary. Trinity School for Ministry in Ambridge, Pennsylvania is an important institution providing ministerial candidates to the ACNA. The NALC operates a house of studies — the North American Lutheran Seminary — on the campus of Trinity. It’s no complete overlap, but there’s undoubtedly a shared history of pastoral formation at this point.

The paradoxes of these two churches are also interesting given that together they have signed major statements clarifying their commitment to the traditional, Christian doctrine of marriage. Likewise, a series of “Pastoral and Educational” affirmations has been assembled by both churches. These churches share a concern for orthodoxy, as indicated by the willingness to hold conferences together, sign joint statements on important issues, and encourage cooperation at the congregational level. Some differences aren’t all that surprising either: like the Calvinism of the Thirty-Nine Articles on the Lord’s Supper or the ACNA’s typically Anglican convictions about the historic episcopate.

THE PLACE OF WOMEN CLERGY

But there are some curious differences between the two communities as well. I’m most interested here in how these two churches are strangely different. For instance, the ACNA has bishops and dioceses that don’t ordain women to the presbyterate. There’re others that do. But there will be no women bishops in the ACNA. The ACNA appears to sustain a wider spectrum of positions on women’s ordination than does the NALC. This isn’t to say there’s no dissent in the NALC. But there are no organized restrictions on women clergy, nor is there any prohibition of women pastors being elected to the episcopate in the NALC.

This being the case, one might expect the NALC to stand slightly to the left of the ACNA. This doesn’t seem to be true, however. Open advocates of progressive-coded causes are at work in the ACNA — albeit working around that community’s traditionalism on issues of marriage. But the ACNA hosts debate on things that would simply not arise among NALC Lutherans.

Some voices in the ACNA sternly countenance egalitarianism, warning of the dangers of gender complementarianism, especially its entanglement with patriarchy and its potential for abuse. In contrast, support for women’s ordination in the NALC isn’t catalyzed so much by a reaction to the dangers of strict conformity to norms of gender. Rather, it’s founded on the conviction that the means of grace belong to the baptized, and therefore no scriptural mandate prohibits women from being ordained, at least in principle.

A couple of examples reveal more of the divergence between these two communities. In the larger evangelical world — particularly its academic circles, which have long hungered for broader intellectual credibility — many now entertain the use of critical race theory as a legitimate instrument for diagnosing and dismantling racial inequity in societies like the United States. Debates over this issue have marked other evangelical communities in recent times: the Southern Baptist Convention and the Presbyterian Church in America being two churches riven by struggles to correct legacies of racial discrimination.

These disputes have bled over into the ACNA as well. There are ACNA parishes that operate racial reparations programs where one can donate money that is then given to persons of color as “reparation” for the historical injustices of slavery, discrimination, and racism — which, according to critical race theory, intractably hamper the economic situations of people of color if redistributive wealth transfer isn’t offered to rectify the situation.

2020 was a year of racial reckoning in the United States. After the death of George Floyd, a black man, at the hands of a Minnesota police officer, church leaders around the country raced to offer statements of support for the anti-racist cause. But among the least partisan of statements — in my judgment, at least — was that of Bp. Dan Selbo of the NALC. To put it bluntly, the cause of critical theory has little traction in the NALC, and the church has no appetite for activating any acrimony around such issues.

This is not to state a position on whether the NALC should have such a debate or not. But the sensibilities of the NALC are far less politically charged than the ACNA, where (by historical standards) exceedingly progressive causes like monetary reparations, are actively entertained and promoted by some of its congregations, pastors, and intellectuals. There is certainly controversy about this in the ACNA, and many Anglicans are concerned about the influence of critical theory. But, from this outsider’s perspective, the ACNA seems marked by political strife the NALC doesn’t have.

One might wonder why this is the case. What accounts for the differences given the relatively similar origins of these churches? I’m not the first to observe this, but the ACNA has been the beneficiary of a sizable exodus of evangelical Christians from Reformed, Pentecostal, Baptist, and nondenominational churches. The politically fraught history of evangelicalism in America is also well-known, so it’s no shock that those journeying toward the more historic position of Anglicanism might bring along the baggage of their previous evangelical church cultures.

In the process of rejecting certain things about evangelicalism, there’s an openness to embracing alternatives — which often means a reaction to the entanglement of evangelical culture with conservative politics. And ironically enough, this sometimes results in theologically dubious appropriations of mainstream culture. In this way, the evangelical exodus sometimes remains more captive to evangelicalism than it would at first appear.

The best example of this has been discussions about homosexuality. Since the ACNA is committed to a traditional Christian doctrine of marriage, the full affirmation of homosexual behavior is off the table. But some have wondered if it might be acceptable to affirm gay Christian identity as an artifact of culture and experience without affirming homosexual behavior outright. Efforts to affirm gay spiritual friendship or gay, but celibate, Christian self-identification have gone so far in the direction of affirmation in the ACNA that the College of Bishops has had to denounce such initiatives. The slope isn’t always transparently slippery. But in this case, the bishops have found cause to draw the line.

A VIEW FROM THE NALC

An NALC perspective on such things might be characterized by perplexity. On the one hand, it wouldn’t be so hard for Lutherans to imagine that some might identify — even profoundly — with their experience of sinful desire. To identify like this wouldn’t be to deny that concupiscence is sin, as the Augsburg Confession teaches, but is to recognize that we are always, in this life, simultaneously righteous and sinful (simul iustus et peccator). Sin marks our flesh outside the promise of Christ. And despite our dreams of progressive sanctification, nothing but physical death — the completed work of baptism — will change that.

Yet, on the other hand, NALC Lutherans might look on with suspicion about the urgency of affirming homosexuality as an identity. Sin isn’t just something we do but something we are. So it would be strange to imagine that sin could be disconnected from our identity as sinners. Concupiscence is really sin, after all. Moreover, the question of identity is answered by baptism: those who have been cleansed by the water and the word have truly put on Christ (Gal. 3:27), so there is no identity more important than what has been imparted in the first sacrament (Gal. 3:28). Clinging to identities not set forth in creation would involve positing some sort of speculative middle space between the old and new creation that isn’t scripturally warranted.

The jury is out on what will happen in the NALC and the ACNA. Their origins are analogous, arising from objections to theological liberalism in the Protestant mainline. But in the years since, they’ve diverged in some significant ways. This is especially because of how American evangelicalism has exerted pressure rather differently on both churches. For both communities, it remains to be seen whether a return to the Reformation heritage is actually possible. If not, then churches and believers will seek fellowship elsewhere — either to escape relentless politicization or take refuge in a partisan Protestant future that thinks it can make peace between progressive culture and Christian orthodoxy. If such a return is actually possible, then both the ACNA and the NALC look towards a bright future of gospel proclamation.

John W. Hoyum is pastor of Denny Park Lutheran Church in Seattle and a PhD student in systematic theology at the University of Aberdeen.

THE ACNA: A VIEW FROM THE NALC

Founded respectively in 2009 and 2010, the Anglican Church in North America (ACNA) and the North American Lutheran Church (NALC) are on parallel tracks. The reasons for their founding were similar. In the case of the Anglicans, it was a longstanding objection to The Episcopal Church’s (TEC) drift into theological liberalism and moral revisionism. Though not the first event to make people leave TEC, Gene Robinson’s consecration in 2003 as the first openly homosexual Episcopal bishop generated the momentum needed to establish a new Anglican province in North America.