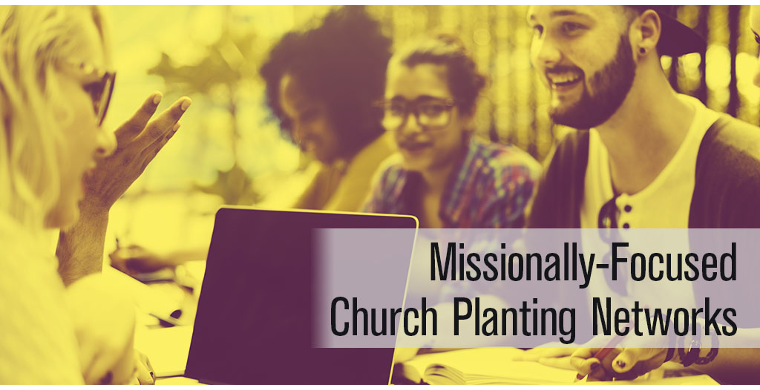 “Church growth was stagnant before Covid. Nothing much was working and not much is going to work unless the church changes how it does mission. The only measure for success is multiplication. Stagnation is failure,” they say.

“What is needed is a paradigm shift and there’s no alternative. We need to understand the new landscape and do what’s needed to be fruitful. Do what God is doing. Not what that feels comfortable.”

(Because of the sensitivity of their work in Islamic countries, the two missionaries’ names must remain anonymous.)

Enter 24:14, a community motivated to fully obey Jesus and make Him known. They describe themselves as a collaborative community catalyzing, multiplying and supporting church planting movements, working together to urgently engage every unreached people and place globally. Working together, they focus on every people group and every place until the Great Commission is accomplished. Matthew 24:14 is the cornerstone of this initiative.

24:14 has formed a “lean backbone” structure to aid in collaborating together. This structure exists to serve the interests of the community and further the glory of God on the earth. 24:14 is firm in the conviction that the members in the community, not the structure, is what makes it work.

“Church as we know it in the West is dying. Institutions and denominations are in an inexorable death spiral. It’s going to be replaced by networks. It will all look very, very different in a few years, but it will be much healthier and more robust. There will be far, far less traditional churches but potentially far more disciples of Jesus.”

They argue that what is emerging, and will be the church of the future, is disciple making networks led by apostolic leaders. Exactly how God is doing business in the nations today can be seen in New Wineskins.

“Our Iranians brothers and sisters are on the fifth generation of disciples and church plants after two years. Syrians are on Generation 3, and Iraqi Kurds will be on Generation 2 in six months.

“24:14 is a collaborative of movement leaders, orgs and churches committed to catalyzing movements among all UPGs by end of 2025.”

There are four key elements to their work:

Second is collaboration. This involves churches, networks, denominations, agencies, and movements collaborating under the 24:14 banner, recognizing that working together as a community is necessary to finishing the task

Third is reaching every unreached people and place. Jesus came to “seek and save the lost” and gave us the task to be “fishers of men.” We are dedicated to fully reach the UNREACHED peoples and places of the earth.

Fourth is sacrificial urgency. This means working together towards an initial goal of engaging every global unreached people and place with a movement by 2025.

If you want to become involved, you can watch and see more here: https://2414now.net/about-us/

THE FUTURE OF THE CHURCH IS NETWORKS
And this gospel of the kingdom will be proclaimed throughout the whole world
as a testimony to all nations, and then the end will come – Matthew 24:14

CHANGE OR DIE! Networks! that is the future of the Christian Church in the world today, say two ACNA missionaries serving in the Middle East and Africa.

“Church growth was stagnant before Covid. Nothing much was working and not much is going to work unless the church changes how it does mission. The only measure for success is multiplication. Stagnation is failure,” they say.