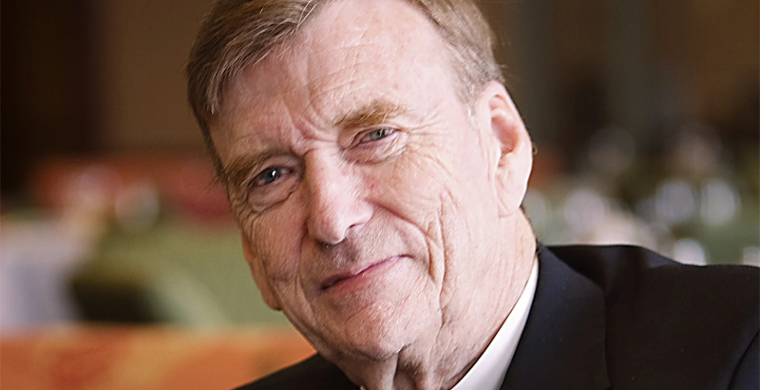 On God. “Understanding God in theistic categories as “a being, supernatural in power, dwelling somewhere external to the world and capable of invading the world with miraculous power” is no longer believable. Most God talk in liturgy and conversation has thus become meaningless.”

On Jesus — the Christ. “If God can no longer be thought of in theistic terms, then conceiving of Jesus as “the incarnation of the theistic deity” has also become a bankrupt concept.

Atonement Theology. “Atonement theology, especially in its most bizarre “substitutionary” form, presents us with a God who is barbaric, a Jesus who is a victim and it turns human beings into little more than guilt-filled creatures. The phrase “Jesus died for my sins” is not just dangerous, it is absurd.”

He called “Original Sin” pre-Darwinian mythology and post-Darwinian nonsense. Bishop Spong would later slam the literalist view of Scripture held by Billy Graham, saying in 2000, “If Christianity is to survive … it will have to evolve radically beyond the images employed by Billy Graham.”

Many considered Spong a Unitarian in the last years of his life.

His shrill revisionism, his bullying of orthodox bishops cowed the House of Bishops from ever bringing up charges of heresy against him. One mild rebuke for ordaining a known homosexual to the priesthood brought this response from Bishop William Frey, dean of Trinity School for Ministry who characterized the bishops’ action as a mild reprimand. “Some have said this is a gun pointed at the head of Spong,” he said. “But it’s really a water pistol.”

Christianity did not change, but The Episcopal Church did. For its sins it is dying. Today TEC is little more than a woke social service organization with a creed.

At the 1994 General Convention, Spong penned the infamous Koinonia statement which stated that “both homosexuality and heterosexuality are morally neutral,” and that “those who know themselves to be gay or lesbian persons, and who do not choose to live alone but forge relationships with partners of their choice that are faithful, monogamous, committed, life-giving and holy, are to be honored.”

Some 53 fellow bishops signed off on it, signaling the pathway TEC would take in the coming years to the full acceptance of homosexual marriage.

Spong was so confident in his victory over the issue of homosexuality in his “manifesto,” that in 2009 he declared, “The battle is over. The victory has been won. There is no reasonable doubt as to what the final outcome of the struggle will be. It is time to move on.” Spong pledged never again to debate the issues of homosexuality or homosexual rights.

Spong’s imprimatur on The Episcopal Church sealed his and the Church’s fate. His bullying tone at many General Conventions, brow beating anybody who dared stand up to him, was something I personally witnessed.

Spong was also a racist. At the 1998 Lambeth Conference, he confronted a number of African evangelical bishops and called their views on the Bible “superstitious.” He was forced to apologize by then Presiding Bishop Frank Griswold.

In 2007, Spong penned an open letter attacking Rowan Williams, the Archbishop of Canterbury for his handling of the gay crisis within the Anglican Communion.

“It is a genuine tragedy that you, the most intellectually-gifted Archbishop of Canterbury in almost a century, have become so miserable a failure in so short a period of time,” the controversial bishop wrote in a letter distributed via the internet.

Williams struck back characterizing Spong’s controversial 12 theses as immature. Their implication, he wrote “is that the sort of questions that might be asked by a bright 20th century sixth-former would have been unintelligible or devastating for Augustine, Rahner or Teresa of Avila.”

Dr. Williams had become a hypocrite upon taking up the appointment, Bishop Spong charged, and had engaged in a “breathtaking display of ineptitude and moral weakness.”

Spong claimed that he was making Christianity relevant for a new generation who could not believe in the supernatural, often citing his daughters. All he did was make himself irrelevant, even as modernity was ending and post modernity was starting. His rationalism became passe, even as millennials looked for “spirituality” in places other than the Christian church. The supernatural did not die, younger generations went in search for it elsewhere.

For a satirical essay on Spong, click here: https://virtueonline.org/screwtape-proposes-episcopal-toast-john-shelby-spong

He began his spiritual journey as an evangelical from the South; he died The Episcopal Church’s most notorious heretic.

Among his more infamous statements was that “Christianity must change or die.” This turned out to be prophetically true. Under his leadership as the episcopal bishop of Newark from June 1976 until his retirement in 2000, Spong began a reign of terror against orthodoxy that included first ordaining a known homosexual to the priesthood, (a man who later died of AIDS), penning a Koinonia Statement in support of homosexuals and writing 12 theses that totally rubbished the Christian faith. Here are some samples: