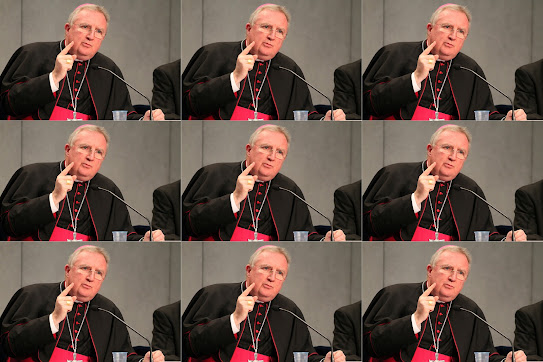 Two days ago at OnePeterFive, I published a thorough critique of the December 18th CDW Responsa ad Dubia and its cover letter, identifying thirty-three falsehoods in the text, and providing hyperlinks to additional commentary on the various issues.

Here are some excerpts:

As many have pointed out, it is impossible on the face of it to claim that the liturgical rite used by the Roman Church and most of the Western local churches for well over a millennium — and when it comes to the Order of Mass, a millennium and a half — is not the lex orandi (law of prayer) of the Roman Church, faithfully giving voice to its lex credendi (law of faith). For this claim either means that the Church’s lex orandi (and implicitly, its lex credendi) is nothing other than what a pope declares it to be at any given moment — a voluntaristic nominalism that denies history’s objective and immutable testimony to the prior unanimous approval and use of the traditional rite — or it means that the old rite is believed to violate a new creed that conflicts with the creed professed by the Church prior to the Second Vatican Council. Such a dogmatic rupture would, however, utterly invalidate the new rite itself and make it obligatory to reject it.

If Roche’s logic here were followed out, it would make the existence of multiple rites, Eastern and Western, a cause of division, since not everyone is celebrating ‘the deepest bond of unity,’ that is, the Eucharist, in the same way. If, however, one admits that a diversity of ritual traditions does not necessarily threaten this bond of unity, and, in fact, are meant to strengthen it by showing many aspects of its unfathomable depths, then this claim falls apart.

Roche’s reference to St. Paul in First Corinthians is ironic, for his citation includes Paul’s warning against unworthy communion, which is present multiple times in the old missal but is totally absent from the new liturgical books. Why does today’s Vatican and, in general, the progressive liturgical establishment swallow the camel of abortion and strain the gnat of tradition? Politicians and voters stained with the blood of infants receive the Eucharist to their damnation (as per St. Paul), but the traditionalists are to be denied the Eucharist and other sacraments in the traditional rite because they question the prudence and point out the bad fruits of human revisions made fifty years ago.

[T]he majority of the Council Fathers believed they were voting for a moderate revision of the traditional rite. The speeches in the aula (which evidently Roche has not read) show a majority of Fathers reacting against proposals for radical change and asking for continuity in such matters as Latin and sacred music, in the context of solemn liturgy, and reaffirming the value of traditional architecture and fine arts — in short, the liturgy “in all its beauty.” The bishops were assured that the Roman Canon would remain in place, and nothing was said about creating new Eucharistic prayers. The idea of saying Mass facing the people was barely mentioned, let alone approved. Concelebration and communion under both kinds were to be of highly limited use. And so forth.

This is all so well documented that it is not only a pity but a scandal that the current head of the Congregation for Divine Worship appears to be totally unacquainted with the relevant literature. Perhaps they do not read much in the circles of Sant’Anselmo.

In the manner of hypocrites and opportunists, Archbishop Roche recommends against engaging in the sterile polemics of which his own cover letter and Responses are a shining example. No viewpoints are more ideological than those of the Sant’Anselmian school headed by Andrea Grillo. When someone starts talking about “the truth and beauty of the Rite” of Paul VI, one knows instantly that one is dealing with ideology, since it is precisely the truth about this Rite that its proponents are absolutely unwilling to discuss calmly, in an evaluation of merits and mistakes. For an ideologue, there can be no mistakes in the Party’s platform.

It should not require an advanced degree to see that if Pius V’s reform, mandated by an ecumenical council and enacted by the highest authority, was not irreversible, then neither is Paul VI’s. Liturgists and canonists know that there is nothing irreversible in matters of prudential decisions about liturgical discipline — although there is indeed something irreversible in the “canonization” of a rite as a pure expression of the Church’s perennial faith, which is what we find in Pius V’s Quo Primum.

Pope Francis and the CDW like to repeat again and again that the diocesan bishop is in charge of the liturgical life of his diocese — while immediately adding that he has no choice but to do their bidding. The falsehood here is to claim that any of these provisions increase the bishop’s authority or role. Where Summorum Pontificum took certain matters out of the bishops’ hands and put them in the hands of priests, Traditionis Custodes attempts to take nearly all important matters (who among new priests may say the old rite, where it may be said, which groups have access to it, how it may be advertised, how long it may remain in place, etc.) out of the hands of both bishops and priests. It is the most desperately centralizing and unsynodal move that we have seen for decades. Happily, Canon 87 covereth a multitude of curial sins.

[N]o priest requires his bishop’s permission to learn, or to offer, the old Mass — at least in private. A public Mass, scheduled as such, enters more into the sphere of the bishop’s supervision; he would have a right to know, although not necessarily a duty to find out, the scheduled Masses being offered by his clergy. Nevertheless, in normal pastoral circumstances, no bishop needs the Holy See to authorize his own clergy’s public Masses, any more than he needs the Holy See to dictate what belongs in parish bulletins or whether he may confirm children in the old rite. The stinging insult offered to every bishop around the world by TC and the Responsa deserves to be reciprocated with a policy of deliberate non-consultation and local decision-making with a view to the good of the faithful in his care.

[T]he liturgical reform called for by Vatican II cannot be assumed to be identical with what we now call the reformed liturgy. But the titanic error is the claim that the reform “has enhanced every element of the Roman Rite.” It is hard to understand how a reform that omitted so much of the Church’s previous worship — not only in the euchological (prayer-text) content but in the sanctoral cycle, in the loss of the beauty of the temporal cycle (with such ancient features as Ember Days, Rogation Days, Epiphanytide, Septuagesimatide, Passiontide, the unique character of the Triduum, the unusual touches in Eastertide, the Pentecost Octave, the Time after Pentecost), in the abolition of careful rubrics, signs of reverence toward the Eucharist, symbolic gestures, items, and vestments, in the abandonment of the interplay of four minor orders and three major orders, references to asceticism, the devil, heaven and hell, the intricate interplay between Mass and Breviary, and so on and so forth, in a list that could quickly grow into a book — it is, as I say, hard to understand how anyone could claim that such a reform had “enhanced” (!) “every element” (!) of the “Roman rite” (!). Much of the reform consisted in dismantling and suppressing, inventing and mixing up all sorts of elements: pseudo-Roman, non-Roman, and anti-Roman. If lies could win prizes, this one would receive the gold medal.

Compromised by so many serious errors in ecclesiology, sacramental theology, and liturgical science, marked by pervasive misconceptions and canonical violations, it is impossible to escape the double conclusion that (a) the Responsa are illegitimate and void of binding force, and (b) that the Prefect of the CDW is professionally incompetent and unable to fulfill his grave obligations.

Read the rest there.